News > Tech-ing up the economy

Tech-ing up the economy 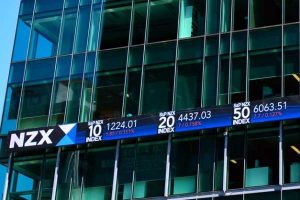 It’s New Zealand’s fastest growing export sector – and Covid-19 has only accelerated its importance in rebuilding New Zealand’s economic future. It’s the tech sector and, according to an NZX report, it’s part of the solution to plugging the export revenue hole left by the pandemic.

But while the NZX might be bullish about tech and its potential for New Zealand, across the Tasman Australian Prime Minister Scott Morrison has left many unhappy with his comments that it’s tech adoption, rather than technology innovation, that matters for Australia.

Morrison’s comments came during a speech at the Australian E-commerce Virtual Summit last week. While he urged businesses to keep their feet on the ‘digital accelerator’, he was keen to push that his government’s focus wasn’t on creating a new Silicon Valley, but instead on encouraging adoption of digital.

“Sourcing data relating to the tech sector was like a treasure hunt, without the fun.”

“All of this digital transformation, it’s not an Everest we have to climb. We’re not just doing it because it’s there.”

“We’re not trying to create the next Silicon Valley here in Australia. That’s not it,” he says.

Instead he says ‘we’ve just got to be the best at adopting’, taking it on board, making it work for us.

“We’re really good at that.”

New Zealand’s stock exchange, the NZX, has differing views (albeit, the view of New Zealand’s newly elected government – the exact makeup of which is yet to be finalised with the winning Labour party still in discussions with potential bedfellows, the Greens – may well be more in tune with Morrison, with some in the industry previously telling iStart the government simply doesn’t ‘get’ technology’).

The NZX’s recently released Influencing New Zealand’s Future with Tech report wants boldness in pushing the technology sector forward, saying the sector which already contributes $7.3 billion in tech exports, will be part of the solution to plugging the export revenue hole left by tourism.

“There’s tremendous opportunity in applying innovation and technology to what we already do very well, so that we build on traditional strengths to ensure we have the long-term resilience we need in our economy, which delivers high-value jobs and contributes to the wellbeing of all New Zealanders,” Mark Peterson, NZX chief executive, says in his foreword.

The report has the Kiwi tech sector, which has previously been the country’s third largest export sector behind dairy and tourism, has the potential to align with dairy exports rate of growth this year. It notes 555 new tech enterprises in the last 12 months, bringing the total to 21,870, and 110,000 New Zealanders employed in tech.

But the report also warns that designated focus and strategic investment in innovation is required to create scalable and globally relevant solutions.

It’s calling for consistent centralised data to enable accurate measuring, benchmarking and monitoring of milestones and enterprise performance in order to better manage the sector, along with an agile and dynamic education strategy and investment platforms in New Zealand to empower scaling and growth.

“Sourcing data relating to the tech sector was like a treasure hunt, without the fun,” the report says.

“Analysing data was made even more difficult given the definition of what a tech company is varies significantly and the sub industry classifications are not consistent and don’t appear to align with global classifications.”

To use the common phrase: If you can’t measure it, you can’t manage it, and the NZX says key industry and enterprise performance data points need to be defined and consistently collected to ensure an appropriate measure of performance and success.

For its part, the NZX says it’s ‘recalibrating’ its focus to become part of the tech ecosystem.

“Access to sufficient funding is the cornerstone to this objective.

“It is important for the gatekeepers of capital at all stages to ensure both current and future tech leaders are properly informed of these levers of scale. This includes early stage venture capital, private equity, bank funding as well as both public and private markets.”

In a shameless plug for the stock exchange, NZX head of issuer relationships Sarah Minhinnick says public markets can provide a long-term, viable avenue for profile, investability and scale, while providing stakeholders with access to a liquid secondary market.

“Let’s make sure we set up the appropriate investment platforms in New Zealand to empower scaling and growth,” the report says.

“If companies want to seek overseas buyers and sell their companies that is their prerogative, but let’s make it hard for them to leave. We want our tech companies to have global relevance and scale in the global market, and at the same time we want investors to have the opportunity to recognise NZ innovation.

“The tech sector has contributed to more than 2,000 jobs in 2019. It’s about thinking global, benefiting local.”

“This has allowed companies to scale and become profitable with strong cash flows, which in turn has attracted broadening interest from investors, many of whom were previously reluctant to invest based on the technology opportunity alone.”

He notes that while total revenue for the Tin200 companies – that 200 largest tech exporters in New Zealand – was up 10 percent in 2019 to $12 billion, net income was up 16 percent and 58 percent for ICT companies.

“Notably, listed companies led that growth, accounting for 25 percent of Tin200 revenue in 2019, but 45 percent of the $1.1 billion revenue growth.”

He’s bullish about that growth of ‘big, resilient successful companies’ attracting more local and foreign investment for local tech companies – something he says will ultimately propel the sector to be New Zealand’s largest export sector, transforming the economy as well.