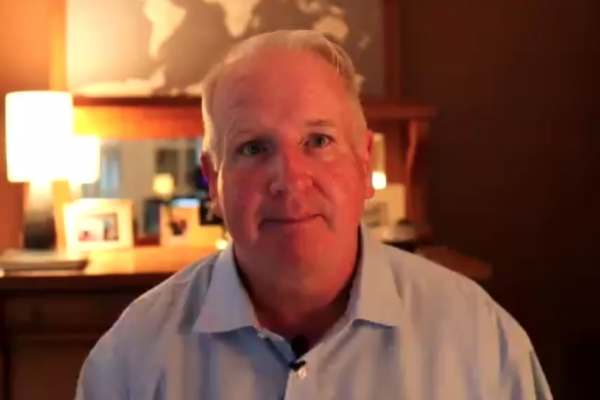 If there’s been an overarching positive to the Covid-19 pandemic, it’s the role technology is playing to mitigate the impact of a recession and set businesses up for a competitive advantage post-recession.

Eastwood took to the Auckland’s virtual CIO Summit stage yesterday to discuss the impact on the C-suite.

He notes that tech recovery saw differing fortunes in the two previous big economic downturns: After the 2008-2009 financial crisis technology spend sprang back relatively quickly – with the V shaped recovery IDC is forecasting for the Covid-recovery – because it had become increasingly core to business.

“Unlike prior recessions, technology will help determine the readiness for this next normal.”

“At the time we were debating whether IT mattered at all,” Eastwood says. “We’re no longer asking that question. The timing of this recovery may change as we learn more about second waves, but we do know that the relationship of technology to success of business is considered critical in this digital economy.”

That’s something that’s been reinforced by the relative success through Covid of companies which were more digitally evolved – companies without a digital presence found physical stores shuttered, those without cloud, collaborations and communications technology investment struggled in a world of remote work and remote learning, and those without data intelligence were unable to plan in a world where scenarios were changing hour to hour with no prior basis for how they were shifting.

It was, says Eastwood, a wakeup call – and one that businesses have heeded, with a surveys showing one-third of companies have further accelerated their DX efforts as a direct result of the pandemic.

“Unlike prior recessions, technology will help determine the readiness for this next normal,” Eastwood says.

So where to from here?

“When we think of digital transformation it’s important to think about technology, deployment and operations – the proverbial people, process and tech – but another way to think of this is where we are with the development of the third platform itself: Cloud, mobile, data and analytics,” he says.

“We are seeing the creation of new ecosystems that centre on cloud, AI, IoT and edge, and trust, that are really optimised for scale and agility and we’re working towards an era of autonomy where we are going to have self-managing infrastructure and self-managing applications.”

He says the power of the third platform is in how multiple technologies come together to power digital businesses.

“We see a continuum of apps and data that stretches from edge to core, and insights will be extracted everywhere in between.

“New cloud-native applications will reshape our expectations. Connectivity needs to come ubiquitous and trust needs to be squarely at the centre of all this.”

On that apps front, Eastwood says we’re in for some major expansion, with IDC forecasting the number of new apps in enterprises will double over the next four years, while data will grow 4x to 5x.

“This means really staggeringly, that as many new apps will be developed over the next four years as we saw deployed over the past 40 years. And now more than ever it is critical for business to have a digital infrastructure that is scalable and agile.

“Cloud has changed everything. We see it not as a destination, but rather as a set of tech and an operating model for the business critical hybrid IT layer that will drive businesses forward. Security and AI and automation, including IT operations and automation of the IT ops are also going to be significant areas of focus,” he says.

Almost 60 percent of new resources are expected to be located in provider data centres or edge locations over the next four years as local clouds become a bigger consideration.

About half of the new apps will be cloud native as containers and orchestration frameworks challenge infrastructure teams in new way. Application and data dependencies  will continue to rise, having ‘a meaningful role’ in determining appropriate landing zones and locations for applications.

“We already see a typical enterprise application having four to eight dependencies today and as IoT and social sentiment data and other processes that inform our decision making become more important, so too will the focus on improving data integration across this entire continuum.”

More than half of respondents in an IDC survey said they were going to be making changes to the resiliency of their technology, looking to be able to adapt technology rapidly to accommodate new workloads and usage patterns. Two-thirds said the pandemic exposed shortcomings in their AI and analytics models which weren’t sufficiently flexible to incorporate contextual business understanding of the current situation. Organisations also reported they will increasingly move their investment to cloud technology because it will enable them to more rapidly scale and build agility and resiliency into their infrastructure.

Eastwood ended his talk on a positive note telling the audience: “We are entering an exciting new phase of the tech industry. Tech has never been more tied to a business’ ability to operate, compete and deliver value than we are experiencing right now.”

Essentially, go forth and prosper.