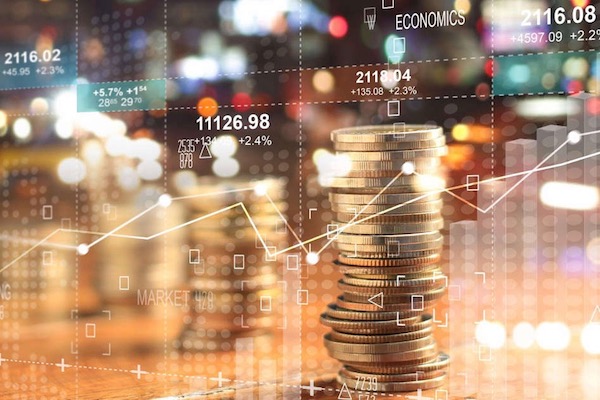 Funding slowdown in AU, but maybe not for NZ…

After a bumper AU$10 billion in investment funding in Australia and New Zealand in 2021, Australian funding seems to be taking a dive – but in New Zealand, while some dynamics are changing, investors are ‘being calm and just carrying on’.

Data from Cut Through Ventures shows Australian funding continued its robust path for the first three months of 2022, logging AU$1.2 billion in January and $1.6 billion in February, before logging a decline in March but remaining a solid $843 million. The news from then on, however, wasn’t so positive, with April seeing a meagre $369 million, followed by $452m and $409m in May and June, respectively. (Down from $657m and $701m in May and June a year earlier.)

“The pullback is real and is now showing in our data.”

The declines of the past three months weren’t enough to stop a record half year for Australian startup funding, which Cut Through Ventures’ newsletter’s Chris Gillings notes is ‘very much still alive’.

“Market conditions are tighter, and while financings are still taking place, the pullback is real and is now showing in our data,” Gillings says.

He says many founders have highlighted challenging fundraising conditions, including deals taking much longer to close.

Greg Shanahan, founder and managing director of New Zealand’s The Technology Network (TIN), says while hard data for New Zealand funding for recent months has yet to be collated, there’s nothing so far to suggest any dramatic drop offs in investment in the New Zealand market.

“I think there are concerns about the availability of funding and therefore lots of people anxious to ensure they do have funding going forward, but there are still deals being done,” Shanahan says. “How it compares to the same period last year, I can’t say yet.”

Last year’s TIN200 report, which provides a snapshot of the Kiwi tech scene and the figures for the top 200 companies, showed ‘unprecedented’ investment opportunities, with $160 million in investment across 95 deals. Angel investment in New Zealand has also been growing strongly for some years now, with significant growth logged in figures up to December 2021 in markets including fintech, agritech and healthtech.

Shanahan notes that periods of upheaval, such as the pandemic and economic uncertainty, are a time for the tech sector to shine.

“It has generally been a time of accelerated change because that is the trend for any disruption, so it is instead creating opportunities for companies with innovative solutions that might have been in markets with some inertia and now its opening up because of greater change drivers.”

But he’s circumspect about the likely impact of the current economic uncertainty saying it will ‘definitely’ have an impact on the investment.

“It has to,” he told iStart. “People are going to be more hesitant in terms of their decisions and their investment decisions.

“[The increase in interest rates affecting] borrowing is not going to have impact on early-stage companies because they are not generally able to borrow money, but generally economically there will be some hesitancy.

“But the alternative argument is that people have money to invest and need to invest it to get a return. So if you have a time of accelerated change, that is the time to do it, and of course, if you think that circumstances are going to push prices down for companies, that’s potentially a once in a lifetime opportunity for investors to participate in an uptake.”

Shanahan says market changes mean investors are ‘more discerning’ and veering away from the more ‘highly speculative’ propositions and also putting more emphasis on the pathway to profitability.

“Probably one of the single biggest changes anecdotally that I’ve heard is the discussion around investors saying ‘what is the horizon for this company becoming profitable? And ‘explain that in terms of durations we are comfortable around’.”

That’s not a bad thing of course, though Shanahan says it does mean that for some companies it might mean within a shorter time frame than they were originally anticipating.

“It is certainly likely to create greater disciplines around when that might occur,” he notes.

The size of deals being seen in New Zealand is also on the increase, with fewer deals being done, and a ‘significant’ increase in deal size.

That flies in the face of the Australian experience, where just one $50 million plus deal was recorded last month. Forty deals ranged from less than $1 million to $49.4 million, with the majority – 32 in fact – between $1 million to $19.9 million. Three were of undisclosed size.

Shanahan says for New Zealand, the ecosystem has expanded and matured quite rapidly.

“Like airstreams in the atmosphere, as you get higher you become able to access funds that have a mandate for a more conservative investment or size of investment. So the number of funds internationally to whom the opportunity would appeal are growing.”

That’s resulted in big growth in foreign investment and acquisitions.

Also changing is the growing base of people investing in technology, both in terms of the public and private markets. As well as the increasing numbers of larger funds, primarily from the US and Australia having a presence in New Zealand, equity crowd funding through investment marketplaces such as Snowball Effect, and public market investment platforms, such as Sharesies are spreading the investment opportunities.

“The amount of money going in long term will continue to grow. It’s hard to say what’s happening at the moment, but there is certainly money to be invested,” Shanahan says.

“If there is to be any pull back it certainly would be a relatively short term thing, but I think there will also be a slight shift into quality and companies that can demonstrate they’re going to make money in a reasonable horizon rather than things that are more speculative.”