Tech’s role in the new normal 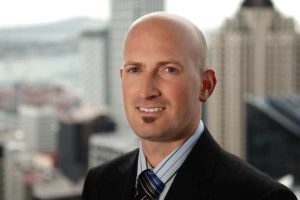 Technology will play an important role in getting New Zealand businesses, and the wider economy, up and running again, according to ASB chief economist Nick Tuffley – but he warns ‘normality’ is still a long way off.

Tuffley told iStart the ‘new normal’ brings with it an even more important role for technology.

“The new normal is a place where technology is increasingly more important,” he says. “It has always had an important role. It’s always been the thing that has enabled things to be done differently or new things to be done.”

“It has been – and will continue to be – a time of swiftly making hard decisions.”

But it’s not the big moonshot offerings that Tuffley has in his focus, instead it’s a more back to the basics of e-commerce and remote working – and getting them right – approach.

“The key thing we have learned from the lockdown is how important technology has become, particularly with remote learning and e-commerce and I think we’ll see those aspects becoming increasingly important going forward as people realise the benefits they can get out of really applying technology.”

Tuffley says while Kiwi businesses might not have been that well prepared for forced remote working and e-commerce, businesses have shown their adaptability.

“It’s been incredibly interesting to see just how quickly businesses have responded to finding new ways to keep in touch with customers for one thing, and being able to work effectively away from the traditional workplace.”

The rapid move to e-commerce, including for cafes and restaurants, has also impressed Tuffley.

And he believes the behavioural changes seen during lockdown, particularly in how we work and shop, will continue.

“There are a lot of people who have discovered the benefits from working at home, working remotely, being able to work very flexibly, and all those things are very dependent on having good technology particularly, for businesses, those network setups that enable seamless and secure work.”

Similarly, many Kiwis who previously hadn’t embraced online shopping have been forced to do so, with that familiarity paving the way for future e-commerce growth.

“It’s enabled a lot of behavioural changes to happen. Now lockdown is over and we have more freedom to do things, a lot of people will choose the convenience that technology offers.”

Tuffley acknowledges the strain of investing in new technology at a time of huge business and economic disruption, but says businesses have been forced to invest in technology or be put into even more challenging positions.

“We’ve seen a lot of businesses where if they don’t spend some money on technology now, the impact of not doing it and that lost business will put them in a more challenging position – even if it might be just a café having a website and ecommerce site.”

Tuffley says while New Zealand is emerging from lockdown and the health crisis may be easing, the economic one is only just starting and the road to recovery has several levels of its own to work through.

“Economically, we see the country as going through three stages: surviving the crisis, adapting in a period of transition, reimagining itself into the new normal,” he says.

“The crisis period is where we are now: Surviving the impacts of the lockdown and reopening when ongoing restrictions, behavioural changes and potential for spending caution mean revenue streams are highly uncertain.

“It has been – and will continue to be – a time of swiftly making hard decisions.”

That need to make fast decisions means data and analytics may have their day in the sun (if they weren’t already).

“We know people are going to be behaving in different ways, we not necessarily sure what those new ways will be, and having data and being able to analyse it quickly and get a sense for the different shifts and patterns is going to be really useful for a lot of businesses in understanding what sort of new world they are going to be working in now.”

“One of the big challenges, particularly if they have a big pick-up in cost ahead of any real growth in revenues is that cash flow pressures can become quite acute quite quickly. So making sure they’re on top of their financial position and, if they do need any financial support making sure they’re getting what they can out of the government programmes and talking to their bank sooner rather than later to get options.”

According to the ASB Quarterly Economic Forecast, the transition period which follows the current ‘surviving the crisis’ phase, could take 12 to 18 months, with a number of uncertainties likely to be resolved during this time.

Tuffley says persistent and permanent shifts in behaviour will become more apparent, and this will be a period in which being adaptable and flexible will be important.

With the uncertainty – and the potential for further disruptions should a second, or third, wave of infection hit, he says instead of narrow forecasting, particularly for budgeting purposes, companies need to ‘have an idea of a range of different scenarios’.

“So, you’ve got a sense of what is good, what’s most likely, what’s an ugly outcome – what do they look like and what are some of the signs, and some of the things you might do differently under each scenario?

“Then, instead of making decisions under stress you have a clearer understanding of options and the actions to take.”

Finally, New Zealand will reimagine itself in what will become the ‘new’ normal, Tuffley says.

For a lot of businesses, he says supply chains are likely to be a lot shorter and more local – even if it comes at a greater cost.

“Instead of buying the cheapest thing on offer from, say China, and risking the disruption that could come if there are more outbreaks, there will be more of a focus on security and resilience.

A move to countries becoming more nationalistic is also likely, impacting relationships and trade between countries.

So how can companies best get through this period?

“Really make sure you’re financially savvy and getting all the support you need.

“And use your imagination, because we don’t know how things are going to unfold. For many business’ things will look different in the future. Think hard about that and when it comes to technology as well, look for opportunities because technology is a sector whose role is becoming more important and bigger and there will be opportunities out there.

“What we want is very savvy, entrepreneurial people who can see those opportunities and are prepared to push hard.”