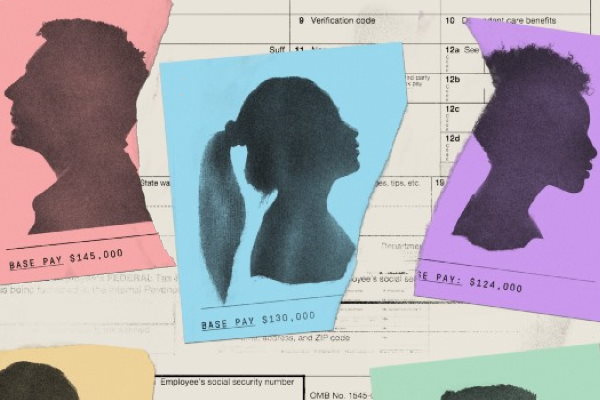 Australian and Kiwi employers are looking to hire more talent, but the tech skills they’re looking for are proving hard to come by – and as for salaries, it’s a case of a tale of two stories…

The Hays Salary Guide 2021 puts technology as one of industries most impacted by skills shortages, with 68 percent saying the skills shortage is likely to impact the effective operation of their organisation or department in FY21/22. But if we think we have it bad, spare a thought for mining, banking and human resources, where concerns are even higher at 76 percent, 73 percent and 72 percent respectively.

Just 26 percent believe they have the skills required to achieve their business’ strategic objectives.

Just 26 percent of the tech industry respondents believe they have the skills required to achieve their business’ strategic objectives for FY21/22.

The report is drawn from a survey of more than 3,000 organisations.

“In the immediate aftermath [of Covid], demand spiked for IT staff as organisations sought to enable remote and new ways of working,” Hays says. While uncertainty and increased budget scrutiny may have seen many non-essential projects put on hold, digital transformation ramped up, keeping the tech jobs market relatively stable.

“Over a year on from the initial lockdown, hiring demand has reached record levels [in Australia]. Looking ahead, we expect to see continued demand for technology skills through to 2022 and beyond.”

Topping the demand lists in Australia: Cloud-based specialists on the back of an acceleration of cloud migrations, with demand high for cloud engineers, predominantly AWS and Microsoft Azure. There’s also been a significant increase in the need for DevOps engineers and site reliability engineers.

Cybersecurity is also seeing sustained demand, while those with a data focus – data scientists and data analysts alike – are also in hot demand.  And the move to becoming digital businesses means developers, particularly full stack developers, front-end developers and UI/UX designers are also sought after.

In New Zealand, cybersecurity skills are also in hot demand, along with front end developers across React, Vue and, to a lesser extent, Angular. DevOps engineers are in demand and candidates with Azure and AWF expertise are sought after, along with those with local, cloud-based data storage technology expertise.

Like Australia, Ui/UX designers are in high demand, and organisations are also seeking project managers with solid experience in ERPs, cloud migration and who can take on scrum master duties.

(It should be noted here, perhaps, that figures from the Australian Bureau of Statistics suggest IT professionals are among the best paid in Australia. NZ Tech’s Digital Skills for our Digital Future report, released earlier this year, noted a national media salary for digital tech workers in 2019 of $92,250.)

And there’s a warning too, that the sluggish wage growth seen in the wider market is also hitting home for many in technology, with salaries remaining steady for many. If, however, you’re in one of the high demand areas, salaries are continuing to rise.

‘Uncompetitive’ salaries are leading to itchy feet for many, with 76 percent of tech professionals looking for a new job or planning to do so, or at least ‘open to new opportunities’ in the next 12 months. Poor management style or workplace culture and a lack of challenges were also key drivers.

Just 24 percent of tech employees are satisfied with their current employee benefits, beyond salaries below the overall average of 28 percent.

The pandemic has seen some interesting benefits introduced, including novel home working perks such as tea and coffee delivered or vouchers for local coffee shops, and additional days off work for wellbeing.

But the report also notes that it’s not the lure of additional benefits, or indeed even pay increases, that skilled professionals rate most highly. Instead, prioritising career progression is today’s top retention tool, with 65 percent rating learning or developing new skills as most important to them in the year ahead. That’s ahead of the 58 percent eyeing up a pay rise.

Once border restrictions ease, 58 percent of companies are considering overseas talent again for their tech resources.