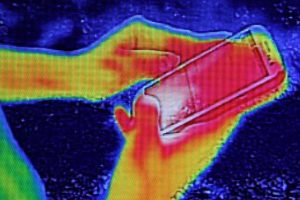 Where’s the truth in the wireless apocalypse claims?…

Telstra is calling on the Australian government to take a proactive role in combating a health scare campaign around 5G – driven, it says by ‘foreign actors’, and gathering fervour across Australia and New Zealand.

The telco, which by October had switched on more than 200 5G site across cities including Melbourne, Sydney, Canberra, Brisbane, Adelaide, Perth, Hobart and the Gold Coast, says the level of misinformation around 5G electro-magnetic energy and health ‘is on a scale we have not seen’ with previous mobile rollouts.

Hitting back at the wireless apocalypse claims abounding on social media, Telstra is pointing the finger for the misinformation at social media campaigns and says there’s evidence to suggest the messaging in the campaigns is being influenced by foreign actors.

It’s a message many don’t want to hear.

However, Telstra admitted to the House of Representatives Standing Committee on Communications and the Arts Inquiry into 5G that ‘some members of the public lack confidence’ in the messaging from telcos– necessitating the government to step in and provide a government led campaign around 5G.

Telstra is one of more than 200 companies and people to make a submission in the inquiry into 5G.

Its 50-page submission includes the call for a broad-based government led communications campaign to educate the public on the independent global and peer-reviewed research which has found 5G technology to be safe, and that there are robust government settings in place, including monitoring of EME safety standards.

The new 5G network, like its predecessors, uses radio waves but at a higher frequency, requiring more transmitter masts. Globally, the rollout has proved contentious, with Chicken Little claims of imminent radiation damage to humans, ranging from headaches to tumours and reduced sperm counts.

The doomsayers’ got more fuel for their already fevered concerns in 2011, when a World Health Organisation’s International Agency for Research on Cancer classed all radio frequency emissions as a class 2B carcinogen – that’s ‘possibly carcinogenic to humans’. It – or at least it’s headline statement – has become a lynchpin in the argument against 5G. For the record, pickles, aloe leaf extract, using talcum powder and being a carpenter fall into the same warning category. It’s also a category that denotes ‘there is evidence that falls short of being conclusive that exposure may cause cancer in humans’.

“Ideally, this campaign should incorporate the research from relevant government health experts such as the Department of Health and Chief Medical Officer,” Telstra says.

It claims in its submission that its own testing shows RF EME levels from 5G base stations are typically around 1,000 times below the safety limits set by the Australian Radiation Protection and Nuclear Safety Agency (ARPNSA). 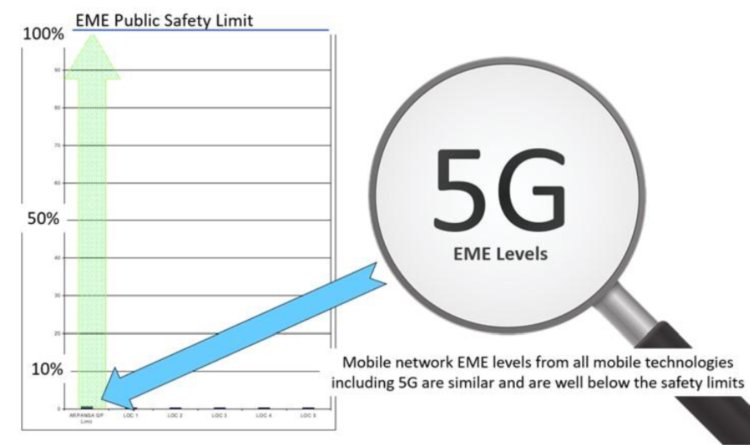 ARPNSA’s submission to the hearing also disputes any safety concerns around 5G, noting that health authorities around the world, including ARPANSA itself, have examined scientific evidence for possible health effects but current research indicates there is no established evidence for detrimental health effects from telecommunications radio waves – including those used in 5G.

“ARPANSA’s assessment is that 5G is safe.”

5G will initially use similar frequencies as current 3G and 4G networks, but in future will use a higher microwave frequency band, sometimes called millimetre waves.

While the agency says some energy from frequencies used in 4G and 5G is absorbed into the body, but it is too low to produce any significant heating of tissue.

“The millimetre waves that are planned to be used by 5G in the future do not penetrate past the skin.

“The power level will be low and no appreciable heating will occur in the skin.”

As to claims 5G will cause cancer, ARPANSA reiterated the simple scientific fact that radio waves are non-ionising radiation – meaning they have insufficient energy to break chemical bonds and cause DNA damage which could lead to cancer. (The sun’s ultraviolet rays, meanwhile, fall higher up the electromagnetic spectrum – well beyond the frequencies used by mobile phones – and in the harmful ionising radiation category.) 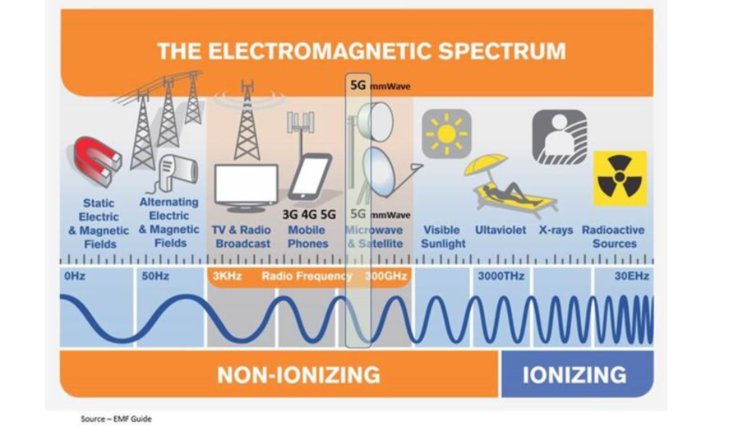 “Overall evidence suggests that the radio waves from mobile phone handsets and other wireless devices are not harmful to the user. A recent study led by ARPANSA, published with the British Medical Journal Open, found that the wide use of mobile phones in Australia has not increased the rate of brain cancer.”

But despite the evidence, it’s a message many don’t want to hear, with a large number of the submissions espousing the belief that radiofrequency radiation just isn’t safe.

In its submission, the Telecommunications Industry Ombudsman noted 45 consumers had complained to it about electro-magnetic energy exposure from the 5G network, with 32 consumers contacting the industry watchdog this financial year.

Telstra’s plea for government intervention includes a request for a program of EME information/training for the medical community, with Telstra saying its seen a ‘lack of awareness and understanding’ among medical practitioners.

“While only a small percentage of the community is engaging, the misinformation is gaining traction and the fears being raised need to be quickly and respectfully addressed,” Telstra says. 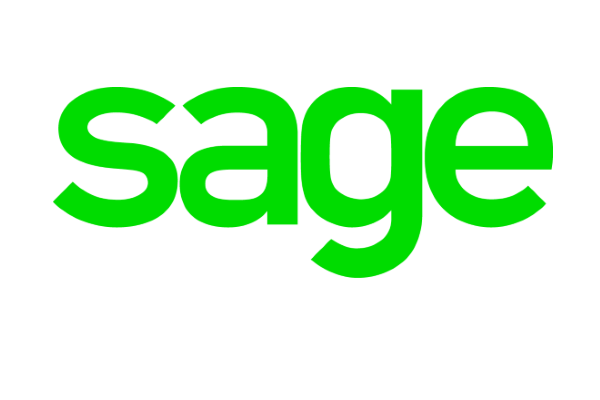