The case for digital goes stratospheric 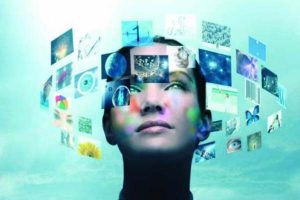 If you thought there was already a lot pressure to go digital, wait until you see the post-Covid world.

That was the message delivered by Gartner this week, as the analyst firm blended its annual Australian and New Zealand CIO Agenda talk with new survey data in an effort to look into the future to a post-Covid world.

“The requirement for digital will be quite spectacular after Covid-19 passes and we will have to be delivering a lot of digital capability a lot more quickly than perhaps we have done hitherto,” says Andy Rowsell-Jones, vice president and distinguished analyst in Gartner’s CIO and Executive Leadership team.

“Let’s not fire our development team, wreck projects and get rid of infrastructure.”

Rowsell-Jones outlined the increasing pressure companies are likely to feel in a post-Covid world where the economic impacts become more important than the public health impact.

He’s forecasting that IT budgets will likely be higher next year – though how much higher he says it’s too early to tell – as we move away from older ways of doing things to more digital models and increased automation.

“Covid is really the trigger for digital as an enabler,” Rowsell-Jones says.

“We’re now looking at a whole economy that is much more dependent on digital than it was even just a couple of weeks ago.”

It’s not just internal and market pressure to increase the digital presence that companies are likely to feel. Expect vendors to crank up the post-Covid message on building resilience and digitalisation. (At the moment, vendors are instead, apparently, pitching the Ministry of Health and police, with NZ Minster of Health David Clark noting during this week’s Epidemic Response Committee that there has been ‘huge amounts of offers’ from private sector.)

Australian and New Zealand businesses might already have a head start, with Gartner’s survey showing most are ‘pretty digital’ already.

Survey results showed 54 percent of A/NZ businesses were in the ‘maturing’ category, with most (43 percent) scaling their digital initiatives, and a further 11 percent harvesting/refining.

“This part of the world has been adopting digital very enthusiastically over the last few years and I fully expect to see 2020 run numbers to show a jump, thanks in part to Covid.”

In China, businesses which were highly dependent on lots of people with fixed physical infrastructure and low levels of automation, unsurprisingly tended to be the most disrupted.

“If you’re thinking of this purely from the point of business continuity, more digital gives you flexibility in moving people around and flexibility for control.”

But while A/NZ organisations might be ahead of the curve when it comes to digital adoption, small businesses have been less keen to embrace DIY IT despite the simplification of software – Rowsell-Jones noted small businesses are continuing to give away most of the value to digital partners, such as Google, Amazon or Alibaba.

So what sets the fit enterprises apart? According to Gartner the number one attribute was using IT as a differentiator, followed by effective leadership and clear strategy.

“There are certain dominant technologies that distinguish businesses that are fit – so AI, robotic process automation, conversational platforms,” Rowsell-Jones says. “You could also include basic automation and other digital workplace support technologies in that group. We’re beginning to see the importance of those technologies going forward.

“Start thinking about that now, because that’s what the world has in store for us.”

But Rowsell-Jones also cautioned companies not to make abrupt wholesale changes, instead urging companies to ‘keep options open and not break things that are hard to restart’.

“Let’s not fire our development team, wreck projects and get rid of infrastructure. It’s very much a contingent strategy. We’re not going out of business, we’re not closing down. What we are doing however is preparing for this next normal.”

Conserving cash is a key priority, with companies looking for ways to flex cash spend and liabilities.

“Cloud computing may be a very, very effective way of dealing with uncertainty. On the other hand sticking with the assets you have and running your data centre as it is now may actually be a more potent tool which conserves cash and gives you more flexibility.”