News > The forecast for database management is cloudy

The forecast for database management is cloudy 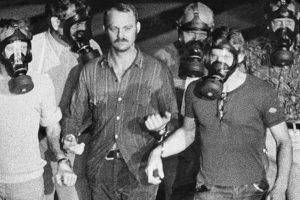 But mind that DBMS Stockholm Syndrome…

If you’re deploying a database in the cloud, you’re in good company. And if you’re not, it’s time to make plans for shifting spending, staffing and development, according to Gartner, with the analyst firm forecasting 75 percent of all databases will be deployed or migrated to within just three years.

The Future of the DBMS Market is Cloud report suggests only legacy compatibility, special requirements and a case of ‘DBMS Stockholm Syndrome’ (more on that later), will keep some databases on-premise.

The move to cloud shouldn’t come as a surprise. Afterall, cloud has taken the market by storm with companies increasingly moving workloads away from on-premise infrastructure to public cloud platforms from the likes of AWS, Microsoft and Google.

“On-premises is the past and only legacy compatibility or special requirements should keep you there.”

Earlier this year Orbis Research also flagged the trend towards database-as-a-service (aka the more catchy DBaaS), forecasting a CAGR of more than 59 percent over than next five years.

Gartner’s figures show the global database management system market revenue hit US$46 billion last year, up 18.4 percent on 2017. Both New Zealand and Australia were tracking ahead of that global average, with the Australian market up 19.6 percent to crack the AU$1 billion mark, and New Zealand up 20.1 percent to reach NZ$173.3 million.

But while cloud DBMS is the big mover, with the SaaS model and data analytics use cases –such as data warehousing, data lakes and other use cases where data is used for analytics, AI and machine learning ­– shaping market growth, ‘DBMS Stockholm Syndrome’ is keeping some companies locked into on-premise solutions.

Gartner attributed the 32 percent growth in on-premise revenue to the Syndrome – often described as a bond, generally considered irrational, which sometimes forms between captor and captives during a forced time together.

In the case of DBMS Stockholm Syndrome, Gartner says companies ‘create a captive audience where the only option is to purchase additional DBMS licenses to increase their on-premises deployments’.

“There are situations where systems are no longer on the best technology. But rather than admitting this and changing the technology, organisations opt to continue with what they have in order to avoid risk and unpredictable expense,” the report notes.

“We believe most of today’s on-premises DBMS revenue will be around for many years.”

It could be a potentially perilous situation for companies. Adam Ronthal, Gartner senior director analyst, says all the innovation around DBMS is happening in the cloud – or at the very least, it’s happening there first – forcing organisations wanting to take advantage of new innovation to opt for cloud offerings.

“DBMS vendors are innovating in a cloud-only or a cloud-first basis and moving packaging and support models to an assumed cloud future,” Gartner says.

“However, we expect this to be transitional in the long run.”

As to the big winners in the market, Gartner says AWS and Microsoft took out 72 percent and 75 percent of market growth (overall cloud DBMS accounted for 68 percent of the wider 18.4 percent market growth). While AWS is purely DBMS as a service, Microsoft offers Azure database cloud services along with its on-premise SQL Server database offering, which can also be hosted in the cloud.

And as to what it means for organisations, Gartner is blunt in its views, urging companies to create data management strategies that lead with cloud DBMS services, including multi-cloud where appropriate.

“You must move to the cloud faster to remain competitive, grow revenue and adopt to your changing markets,” Gartner claims.

“Plan to migrate on-premises DBMS installations into suitable cloud offerings… Evaluate remaining on-premise systems for sunsetting, replacement with SaaS, or migration to private cloud where they can be managed similar to public cloud.”

And don’t forget to review budget processes and adapt them, including budget for new skills training, testing in the cloud and overlap of on-premise costs and new cloud costs.

“The message in our research is simple,” says Ronthal. “On-premises is the past and only legacy compatibility or special requirements should keep you there.