News > The future of IoT in A/NZ, according to IDC

The future of IoT in A/NZ, according to IDC 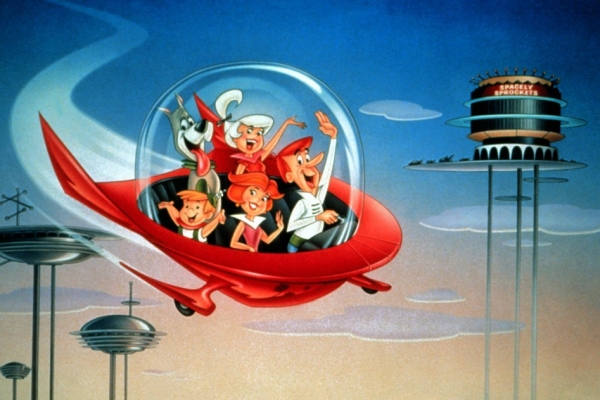 All the IoT you don’t see…

“A successful IoT solution is one you don’t see,” Hugh Ujhazy says.

IDC’s VP of telecom and IoT in APEJ, is a big believer in IoT – and the data benefits behind it – saying it’s already quietly transforming our world.

“The expectation we had where everything would be connected and fabulous and we’d all look like George Jetson is not going to be realised.

“It’s more subtle than that, and it’s about collecting data from endpoints and using that data to drive responses that are real-time or better than real-time,” Ujhazy tells iStart.

“The creation of the data economy has to become more prevalent.”

“The reality is that day when IoT is embraced by all businesses is today. There is not an industry which is not impacted by IoT, which has been accelerated during the pandemic.”

It’s a big claim. But Ujhazy points to the proliferation of cameras in retail, monitoring of stock supply levels from point of sales systems, sensors in trucks, tracking sensors on pallets, smart lights, doorbells and even autonomous guided vehicles being deployed in warehouses and factories.

Toll’s trucks have 13 Sim cards on them, running various functions and transmitting data to support drivers, enable them to be rerouted and ensuring they don’t fall asleep, while also optimising delivery paths and enabling the courier company to get more value out of having the vehicles on the road.

“There are all sorts of things being used. The availability of data, however, is still relatively siloed and it has to get broader, and the creation of the data economy has to become more prevalent,” Ujhazy says.

IDC’s Semiannual Internet of Things Spending Guide shows IoT spend across Australia and New Zealand is expected to jump 13 percent this year to exceed $16 billion, climbing to $24 billion in 2026, with a five-year CAGR of 10 percent.

Unsurprisingly, industries that are labour-intensive and asset-heavy, such as manufacturing, utilities and transportation continue to be top investors in IoT, accounting for more than half of all IoT spend.

Forget the dreams of drone pizza delivery, companies are already using the autonomous guided vehicles (AGVs), feeding off 5G networks, to pick product and deliver product to other areas, but they’re also going a step further and using IoT to help take people out of more dangerous situations in port and distribution centres, construction and mining.

Case in point, the Port of Los Angeles where the complete dockside area, including cranes and trucks, is remotely operated equipment.

“So you take people out of harm’s way and that’s a message we’re hearing from mining and construction. You want to take those talented and capable people who know how to operate all these enormous vehicles and take them out of harm’s way so they can be safe and also be backed up so if one gets tired – you don’t have to bring the truck in and replace Harry with Sally. You can just have someone jump out of the chair and the networks and equipment allow for that.”

But the sensors – which are getting smaller, cheaper and increasingly embedded by manufacturers in their equipment – are only one (small) side of the IoT story.

It’s the data side that provides the true benefits for both businesses and customers.

“Manufacturers are offboarding that data so they can load it to the cloud and do things like maintenance tracking and warranty, which is also, coincidentally, beneficial for the owner of the equipment who can see how many hours its in use and remote operate it and all that sort of good stuff,” Ujhazy says.

“Once you have that  data then you can start collecting and organising it and the second part we’re seeing is there is an emergent distinction between data producers of those end points and the consumers who use that data.

“So you need multiple sources of data to make stuff work. It may be the person who makes the particular digger you’re using make that data available that you can then use for predictive maintenance, for warranty, for scheduling for all sorts of good things. And as those data sets get larger and richer and more available you can do more with the data.

“That’s where we are going – get the end points out there, and transportation, utilities, lighting and surveillance are a starting point – make the data available so that it can be combined into different use cases and then you start accelerating activity because there is more and more data available.”

He says we’re already starting to see the emergence of data exchanges, albeit mainly private ones between suppliers and consumers.

“This data marketplace, data economy is something that is coming. We are going to get to a point where we start to structure the exchange of data about things with a view of how old that data is, how granular it is and so on, and IoT drives that, and it also reduces the cost of collecting that data.”

Of course, with that data growth and increased ability to harness data will also come increased discussion about data use and vendors will need to avoid the ‘creepiness’ factor, where they appear to know too much about customers.

Ujhazy, however, stresses that IoT isn’t particularly interested in individual people, but rather the collective group and their activities.

“We’re interested in the interaction of things people and places in the digital or real world. By being able to model that we can start predicting it because prediction comes from having significant data.”

Getting empathetic with CX

Sharad Kotagi, IDC IT Spending Guides, data and analytics market analyst, says the use of IoT – and more specifically all that data – will also enable empathetic customer experience.

The wealth of data about the use of a product, married with data about the cusotmer environment and the tools to rapidly bring all the pieces together and drive insights will enahnce customer Xperience, enabling businesses to predict failures, proactively respond to failures and deliver enhancements over the air, while also customising products to specific market segments.

“The end result is that I can delight my customer better, I can deliver a more personalised experience with that product, I can also give them greater insight into what the product is doing, which makes them more valuable,” Ujhazy says.

And despite recessions and forecasts of doom and gloom, he doesn’t see IoT slowing.

“In light of the overall context of recession, we’re still going to see strong investment in IoT because it is a way out, to address some of the issues that become more obvious when you’re under pressure in terms of your spend.”

He cites the example of Cathay Pacific  which has built a horizontal platform on which to build IoT solutions on and are doing things such as track and trace of containers from origin to plane to destination, with real time updates.

“That means they lose stuff less, people don’t get upset and their overall efficiency is greater.”

There are however, still impediments, the biggest being a lack of networks, Ujhazy says.

“The networks are still relatively expensive, things like low power WAN and narrow band IoT are a requirement, also having the right backhaul, and low earth orbit satellites we think are a big play in that space.

“But it’s still very much a DIY type model rather than an as-a-service model, which is what we think we need to get to before it really takes off.”

Nonetheless, Ujhazy is adamant: “The robots are coming and they are friendly.”