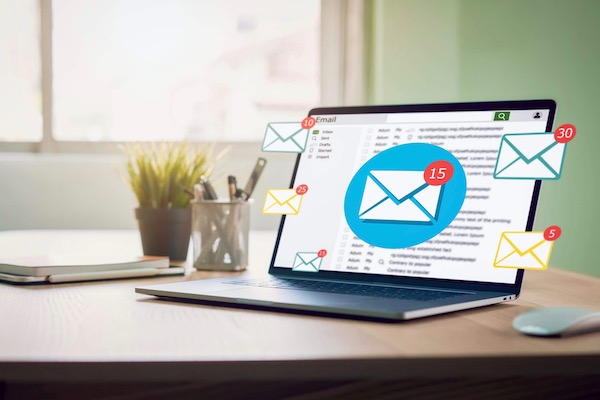 Last year’s news was that productivity apps were killing productivity. This year it’s notifications, constant app switching and ‘work about work’ that is in the firing line.

Asana’s 2022 Anatomy of Work Report shows on average employees are spending 58 percent of their day on ‘work coordination’ – aka busy work – rather than actual work.

Work about work is a persistent threat with roughly 23 hours a week lost to menial, repetitive tasks, while constant notifications are the ultimate distraction.

The overabundance of meetings highlighted in the report – joining the many other reports also flagging the issue – will come as no surprise. Zoom fatigue is afterall part of common lexicon these days. But it’s the work about work – activities such as communicating about work, searching for information, switching between apps, managing shifting priorities and chasing status updates – that’s chewing up time.

No doubt adding to stereotypical images, Germans were least likely to get caught up in work about work, but even they can’t escape it, with 53 percent of their time spent on that area. They do at least manage to spend 40 percent of their time in skilled work, the highest of any of the seven countries surveyed. Just seven percent is spent on strategic work however, with Japan and Singapore the leaders in that category, at 10 percent apiece.

The report dubs work about work ‘a persistent threat’ with roughly 23 hours of the 40 hour work week lost to the menial, repetitive tasks of work about work, while constant notifications are ‘the ultimate distraction, complicating work and obscuring processes’. (Fifty-six percent of us think we need to respond immediately to notifications.)

“Work about work is an entrenched part of modern organisations and is still the biggest barrier to productivity – one that organisations shouldn’t take lightly. Too many workers are stuck in this black hole, sucked into a world of small tasks that add up to an enormous burden,” Anatomy of Work says.

“With so many tools and notifications to sort through – like emails, meeting reminders, messaging apps – it’s difficult to stay focused on the meeting at hand while being cognisant of upcoming obligations.

Apparently, Gen Z and millennials are especially likely to tune out during virtual meetings, missing actions by multitasking.

Of course, busy work isn’t new. It’s been a constant issue as technology provides us with new, always on ways of communication and easier access to information. Covid however, as with so many other things, seems to have worsened the issue, as work from home became more common and workers spent more time on email and videoconferencing – and pouncing on notifications in an effort to ensure their presence, albeit from a distance, was still clear.

While it’s tempting to laugh it off, there are real ramifications. The report claims workers are still missing 15 percent of their deadlines – down from 26 percent last year – with 24 percent claiming its’ because of too many meetings. Thirty-three percent of those surveyed say their attention span for work is shorter.

And if you want some alarming figures, the report claims in the course of a year 129 hours are spent on duplicated work, with the same number of hours spent in ‘unnecessary’ meetings and 257 hours could be saved with improved processes.

An over reliance on too many apps – we’re using on average nine apps a day, down from 10 last year – and the constant switching between them is resulting in less efficiency, more missed messages and actions, longer hours and tool fatigue.

The report also notes that the time spent on strategic work is declining – from 13 percent in 2019 to nine percent in 2021, hinting at a more reactionary nature.

The report suggests immediate fixes include streamlining the tech and tools being used by leveraging app integrations, codifying processes with workflows and reducing silos with structured forms of communication.

Allowing staff to continue to work from home at least some of the time is also suggested, with 21 percent of workers saying that doing so would boost their focus.

“Although reducing tools and implementing more structured processes may seem antithetical to agility, these steps can actually free up the precious time workers spend wondering what to do next or where to find that specific document.

“And by freeing up that time, organisations have more room to be experimental, push boundaries and be proactive, rather than reactive. This shift increases organisations’ readiness for whatever the future hold,” Asana says.

Now where are those robots?…