Feature > The tech Gartner says you need to know

The tech Gartner says you need to know 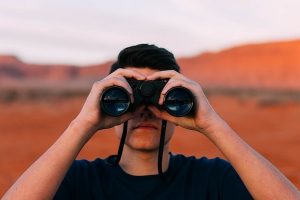 And there’s more to it than (yawn) blockchain, IoT and AI…

If you’re playing buzzword bingo, add augmented to the list – it’s the new hot buzzword for technology, be it augmented intelligence or augmented analytics. And those two technology updates, along with graph technologies and digital twins, offer plenty of promise for Kiwi and Australian businesses, according to Gartner’s local team.

“There’s going to be a whole raft of augmented something-or-others starting to pop up on people’s radars,” says Ian Bertram, Gartner managing vice president of applied analytics, data and governance.

First cab off the rank, Bertram told iStart, is augmented analytics, taking analytics, which has become so strategic for many Australian and New Zealand businesses, a step further with the introduction of machine learning to automate data preparation and insight discovery. As it matures, Gartner predicts it will become a key feature of modern analytics platforms and will deliver analysis to everyone in an organisation in less time, with less requirement for skilled users and less interpretative bias than current manual approaches.

“This is forming the foundation of a world leading approach.”

It’s a technology Bertram says will have use cases across all industries, including pharmaceutical, banking, insurance, fraud detection and agriculture, which he believes will be a big user of augmented analytics.

“All of a sudden farms have all of this new data available to them and quite often they don’t know what to do with it or what it means. Augmented analytics will guide them a little more on how the data should be prepared, consumed and integrated into their environment. And once it is, some of the AI and machine learning technologies will start to pop out that, hey, this data is correlated in some way and you might want to go and investigate it.

“Those algorithms will guide them a lot more to give them some of the correlation patterns.”

Which brings us neatly to the related, but different, area of graph technologies.

Graph technologies
‘Graph’ has been around for 20 years, if not longer, but hasn’t been in the spotlight. But with the deluge of data available and the complexity of that data and need to understand correlation points, graph is trending up on its own chart.

“We’ve got more complex networks available to us now. Think of fraud detection 10 years ago, versus the amount of data, the correlation and nodes they need to understand to pick up fraud today,” Bertram says.

AI is also feeding into graphs and improving the semantics.

“Graph is all about correlation of complex data, looking for explicit connections in different data points and then serving that correlation up for further investigation,” Bertram says.

“Even some relational databases today are structured in a way that is still very columnar, while a graph database isn’t looking at columns of relationships, it’s looking for unique identifiers that are common.”

Graph technology combines structured and unstructured data, real-time analysis and contextualisation, and treats the relationships between data as equally important to the data itself. It’s already used by banks for fraud detection, Bertram notes. Real-time recommendations, anti-money laundering and route optimisation are also areas where graph can prove effective.

Leading the way in the graph sector are vendors including Neo4J, ThoughtSpot, Databricks, Palantir and Cambridge Semantics (no, not Cambridge Analytica and no relation to that company).

Bertram cites the example of the University of Auckland which is using correlation technology in graph to look a student curriculum and success rates of students and why some are more successful than others.

“They’re using some of that graph technology with multiple data sources to start to plot and make decisions based on the data they have available to them.”

Graph won’t be for every business. Bertram estimates 20-30 percent of organisations will dip their toe into the water in the coming 12 months, and says graph is already reaching the point where ‘the rubber hits the road and we’re starting to see real, positive use cases, more vendors out there and higher penetration rates.”

“As AI starts to mature and as humans understand it better, how do they work together in that more,” Bertram says. “It’s around bringing in more of the human relationships into the AI world.

“We’re very focused on the use of AI today, but how do we bring some of the human-centred stuff into AI? That’s where augmented AI comes in.”

Don’t get too excited about augmented AI yet, however. Bertram notes that it’s still coming up the hype curve in Gartner’s Hype Cycle. That means there’s still some way to go before we start seeing practical use cases and real benefits with very few organisations doing augmented AI today.

Digital twins
While augmented analytics, graph and augmented intelligence are all closely entwinned, there’s another trend standing slightly apart that Gartner says Australian and New Zealand companies should get on their radar: Digital twins.

“Because mining and oil and gas rely on large scale deployment of complex equipment remotely there has always been a challenge in monitoring and optimising the equipment and the related processes,” Steenstrup told iStart.

“With digital twins it is possible to build a sophisticated reflection of a piece of equipment in digital form, and combine that with others to form a compound digital twin of a complete process.”

Steenstrup says while the compound digital twins are still ‘elusive’ remote monitoring and optimisation of equipment using sophisticated systems based on artificial intelligence, algorithms and IoT is being seen.

“This is forming the foundation of a world leading approach to remote automation, autonomous equipment and optimisation of assets in the field.”

“It’s really the ‘how do I get more utilisation out of real time data environments.”

“For anyone dealing in real time data – not data at rest – and needing to make decisions in real time, continuous intelligence is going to be one of the big players,” Bertram says.

Route optimisation is a classic example of an area likely to benefit from continuous intelligence, he notes.

While graph might power some of the outputs at the back end for route optimisation, it’s continuous intelligence which will have more impact, enabling decisions to be optimised in real time, without waiting for data to be downloaded and analysed.