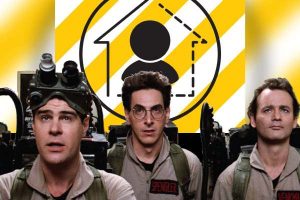 As Australia forges ahead with a contact tracing app, NZ avoids a straight answer…

New Zealand’s Director General of Health, Dr Ashley Bloomfield, says he’s expecting to deliver the ‘gold standard’ of contact tracing by the end of the week.

That, he defines, is being capable of tracking down 80 percent of the contacts of infected people within three days. It does not, it would seem, require a smartphone app or any personal tracking technology to deliver on that goal. Bloomfield has repeatedly assured the nation his Ministry’s contact tracing team can (now) do the job.

Instead, Prime Minister Jacinda Ardern’s repeated her suggestion that Kiwis keep ‘a written record’ of where they have been, when and with whom. Again, no suggestion that any personal technology will have a role to play.

Under repeated questioning through multiple media and political channels, including via the Epidemic Response Committee, neither Bloomfield nor Ardern have directly addressed whether development of a proximity-based contact tracing app has actually been, or will be, commissioned.

We might assume, therefore, that it is a potato too hot to handle and so not under serious consideration. While governments around the world, including in Australia, race to develop contact tracing apps, New Zealand appears to be holding firm on its belief that apps do not have a meaningful role in contact tracing services, and that human contact tracers, who now number 220 (that’s compared to around 7,000 in Australia) can do the job. Ardern says Singapore, whose TraceTogether app has repeatedly been held up as exemplar on the app front, ‘will be the first to admit it does not solve all your problems’. She cited accuracy as one issue for the apps, along with limited uptake.

“The government has invested millions in contact tracing – but not yet on apps.”

Instead, Bloomfield’s ‘gold standard’ is heavily reliant not on technology (although the contact tracing team has now moved onto a digital platform – and into the 21st Century) but on human tracers doing phone and interview ‘forensic’ investigations into the movements of infected people. Ardern confirmed the government has already invested $15 million in contact tracing, with surge capacity for up to 300 FTEs and an additional $55 million put aside if needed.

Early last week, the Ministry of Health was unable to provide any indication of how long contact tracing is taking in New Zealand – where new infection cases are now numbering in the single figures per day. (In Australia, it’s taking a maximum of three days, according to Australia’s chief medical officer Brendan Murphy.)

Dr Ayesha Verrall’s independent audit of contact tracing, completed 10 days ago, found that capacity was exceeded ‘on occasion’ even when case numbers were less than 100 per day, and called for an urgent expansion of the tracing team. She says the system needs to manage up to 1,000 cases per day while maintaining high performance. Bloomfield today noted that its current capacity is around 5,000 contacts (not cases) a day. The number of contacts per case will increase as New Zealand moves down the alert levels and Kiwis gain more freedom to move around and interact with others again.

Contact tracing is widely regarded as one of the key pillars, along with rigorous testing, to enable societies to move out of stringent lockdowns and begin to get economies moving again. The apps move contact tracing away from relying entirely on the memory of infected people to recall where they were and who they have had contact with, something Ardern admits can be a big ask six days after the event.

Even more crucially, as restrictions are relaxed and we begin moving around more, particularly down to level two and beyond, contact tracing apps hold the potential to establish connections to people who we don’t know personally, but who we may have been in contact with. Examples might be standing in line at the supermarket, or, in some distant nirvana, in a conference, on public transport or (heaven forbid) at a rock concert or cinema.

Ardern’s calls for Kiwis to keep their own diaries to aid contact tracing follow comments last week which suggested some of the onus for tracing was likely to be pushed back onto businesses. Last week Finance Minister Grant Robertson told a Business NZ meeting that critical questions for business leaders as we look to reduce restrictions include whether they can build in contact tracing tools or mechanisms to keep close track of contacts between staff and customers.

Companies are already developing such apps off their own bat. Hawke’s Bay software company Webfox has developed an offering which allows people to check in to a business using their mobile phones rather than the pen and paper method the New Zealand government required in the days leading up to New Zealand’s level four lockdown a month ago.

Australia tracing together
Australia’s contact tracing app, which is being developed with the private sector reportedly using code from Singapore’s TraceTogether app, is expected to be released soon. Government Services Minister Stuart Robert has said the app will be voluntary. Prime Minister Scott Morrison has likened the use of the app to ‘national service’ and says at least 40 percent of Australians would need to use it to make it effective.

The app has been the focus of a privacy impact assessment, with the Australian Cyber Security Centre and the Australian Signals Directorate both involved.

New Zealand too, has the source code for TraceTogether – it was made publicly available by Singapore more than a week ago. But for a government which has been pushing its ‘transparency’ throughout the Covid crisis, New Zealand’s All-of Government pandemic response team has remained particularly coy about what exactly is being done on the technology front.

Ardern said yesterday, and previously, that an app ‘is absolutely part of our work programme’.

“Work is underway and it will be a feature of New Zealand’s response,” she said. But, she says, it isn’t wasn’t part of the criteria for whether the country moves out of level 4 lockdown. New Zealand will move down to level three at 11.59pm next Monday, 27 April, opening the doors for more economic activity, including a reactivation of construction, manufacturing, forestry and contactless retail. Social activity, however, remains locked down with cafes and restaurants and any gathering greater than 10 banned. Level three, which Ardern admits remains highly restrictive, will remain in place for the entire country for at least two weeks before being reviewed again when cabinet meets on 11 May.

The GCSB is understood to have been consulted over the use of third-party services/code relating to contact tracing amid security and privacy concerns.

iStart understands that the app discussion is limited to a very basic informational app with no location or proximity logging capabilities.

Privacy has been a key concern for many organisations globally. Australian researchers from Macquarie University and the University of Melbourne have been critical of some aspects of TraceTogether. They say the app doesn’t provide sufficient privacy from the central authority, and the server can know the private data of a user even if they’re not infected, enabling identities of users to be viewed when an infected user’s data log is decrypted. There have also been reports that the app when running on iOS devices must remain ‘lit up’ – doubtless a technicality behind both the low uptake, and further development efforts.

The data log only contains relative distance, via Bluetooth signal strength and not the exact location where users come in close contact, something also flagged by Dave Parry, AUT head of computer sciences and executive director of KEDRI (Knowledge Engineering and Discovery Research Institute). He says Bluetooth isn’t an accurate measure of distance, and it would (in a more perfect world) need GPS location and accelerometer metrics to add location and movement analysis to more accurately deduce the at-risk contacts. Without that, Parry, who is also the director of AUT’s RFID lab, says false positives and false negatives will result.

The Australian researchers note that Israel’s Hamagen app, which is similar to TraceTogether, retains time and location information and cross-references those details with the Israeli Ministry of Health’s information about time and location of infected people. MIT Media Lab has also developed an open source app, Safe Paths, that also works based on location history.

A Bluetooth-enabled credit card sized ‘CovidCard’ has also been touted as a possibility for New Zealand. It comes at a high cost though, with reports suggesting producing and distributing five million cards would cost $100 million. The card is, however, one way to sidestep the reliance on smartphones.

Kiwi contact tracing technology already exists
While much of the focus has been on TraceTogether, which uses Bluetooth to record contact between app users, other technologies also already exist.

One such offering comes from Kiwi company The Clinician, which is headquartered in Auckland but has hubs in Singapore, Israel and Australia. It has an offering already developed for a major client and which the company says can be set up and running within days.

The company’s main offering is a health monitoring platform, connecting patients in the community and homes with hospital systems to monitor their health between visits to provide remote care. It’s in use globally, and in Auckland and Waikato.

Ron Tenenbaum, The Clinician CEO, says the company was asked by a customer to embed a contact tracing technology into its offering pre-Covid.

The module uses the phone device identity (not the phone number) and tracking is based on the automatic tracking of data which phones do on an ongoing basis.

It’s reliant on a patient agreeing to be tracked. Once they agree to tracking the platform can track the patients movement up to 1m accuracy. It can also track other devices in proximity and how long they’re within close proximity, while keeping the identity of individuals around the patient anonymous.

“If you have a patient go to the supermarket for example, and they’re standing by a cash register, you could see there were another five people near that person,” Tenenbaum says.

“That gives you a few options. Health authorities can chose to send a message to those individuals spending more than, say 15 minutes, in the proximity of a verified Covid-19 patient and can tell them to self-isolate.

“It can track the movements also prior to the encounter and see where a patient has been, all done with the patient’s consent and not requiring a download of an app, and is a standalone offering needing no integrations with network providers.”

Unlike TraceTogether data is sent back to a central server where it is visible by the customer – the DHB or Ministry of Health.

The module complies with GDPR requirements.

Tenenbaum, himself a former clinician, says the company approached Ministry of Health contacts in February to discuss the capabilities. They’ve since been told the information is being evaluated.

To inform debate, InternetNZ has initiated a collaborative public information gathering exercise and is inviting contributions to collate views on the role of technology in contact tracing.