News > Time for a career change? AI can help with that

Time for a career change? AI can help with that 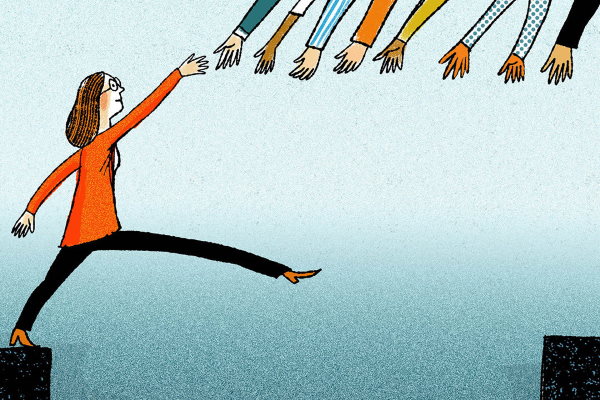 The virtual careers advisor is in…

Technology might be taking some jobs, but AI is now helping those looking to change careers to identify new roles with similar skills and make an easier transition.

Researchers at the University of Technology Sydney (UTS) and the University of New South Wales (UNSW) have developed a machine learning-based method that can identify and recommend jobs to people looking for a new role.

The technology recommends job transition pathways based on personalised skill sets of the person’s current occupation, responding in real-time to changes in job demand and providing recommendations of the precise skills required to transition to the new occupation.

“Organisations can use our measure to design completely new or hybrid occupations that increase the likelihood of finding people with the necessary skill set.”

It’s a move the researchers say will help make the job transition process easier, increase the chances of success and lower the cost of job transitions.

AI isn’t new to the job search of course.

LinkedIn has used an algorithm to provide candidate recommendations and to show candidates how well their skills re a match for advertised jobs. The new offering, however, flips things on their head somewhat – and ups the ante.

According to some estimates, Australians will change careers five to seven times on average during their professional life.

“Our results show that not only can we accurately predict occupational transitions (Accuracy = 76 percent), but we account for the asymmetric difficulties of moving between jobs (it is easier to move in one direction than the other).”

Williams says by focusing on skill sets, rather than occupations, the new approach helps workers, organisations and businesses such as retraining advisory services, to discover the new skills a person would need to acquire to obtain a new in-demand job and assess the associated training investment required.

But wait, there’s more: “In addition, organisations can use our skill similarity measure to design completely new or hybrid occupations that increase the likelihood of finding people with the necessary skill set,” Williams says.

The system includes an early warning indicator of emerging technologies, such as AI, that have the potential to disrupt labour markets.

The information could then be leveraged by policymakers, educators and businesses, to support industries and sectors undergoing significant upheaval to transition workers at scale and better prepare for future structural shifts.

“While the future of work remains unclear, change in inevitable,” the research paper notes. “New technologies, economic crises and other factors will continue to shift labour demands causing workers to move between jobs.

“The methods and systems we put forward here could significantly improve the achievement of these goals.”

The researchers used data from analytics software company Burning Glass Technologies that provides real-time information on jobs and labour market trends, to examine and parse the underlying skill sets of more than eight million jobs advertised in Australia between 2012 and 2020.

The job transition predictions were then compared with data from the Household,Income and Labour Dynamics in Australia longitudinal household survey to validate the predictions.

“The jobs recommender system accurately predicted job transition probabilities and was also able to show whether it was easier to move in one direction than another,” the researchers say.

“If you look back in history, it’s almost never the case that there are fewer jobs due to automation, but rather new jobs are created at the same time old ones disappear,” Dawson says. “So it is fundamental that people have the ability to build the requisite skills and transition smoothly into these new jobs.

“The ability to undertake micro-credentials in specific skill areas, customised for the individual, will likely be a key part of this future.”