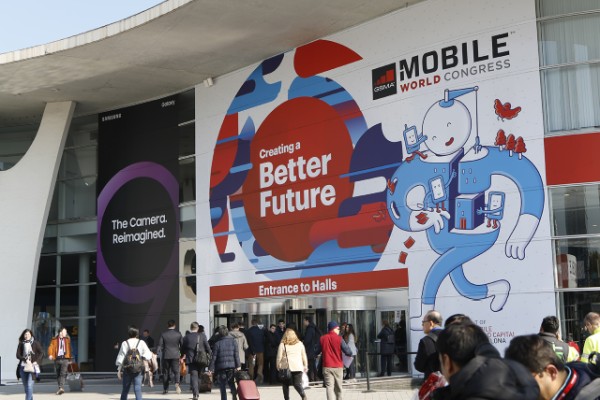 Barcelona is where it’s at for mobile technology this week, with the annual Mobile World Congress now underway and a constellation of vendors covering networking equipment, smartphones, robotics, AI, and other technologies showcasing their latest and greatest and more than 100,000 attendees on hand. While my head is spinning taking in the massive scale on the ground at one of the world’s largest events, here’s my take on the top five themes taking the stage at MWC this year.

Theme #1: 5G
The most obvious is 5G. While there has been a steady stream of 5G hype driven by network equipment vendors and handset manufacturers, this year’s MWC19 Barcelona feels somewhat more grounded. Much of this is thanks to finalised 5G technology standards which has seen telcos around the world already testing and getting ready to deploy 5G.

“5G has shifted from last year’s hype to industrial and consumer use-cases and how to monetise costly builds as quickly as possible.”

Much of the 400,000 square metres and 15 pavilions that make up the Fira Gran Via venue are devoted to a seemingly endless array of 5G technologies and demonstrations. With telcos facing growing spectrum and infrastructure investment costs, much of the conversation this year around 5G has shifted from last year’s hype around the theoretical possibilities to industrial and consumer use-cases and how to monetise costly builds as quickly as possible.

Theme #2: Smartphones
No MWC is complete without handsets. MWC 2019 is no exception. With 5G standards now firmed up and telcos across Australia and New Zealand poised to build out 5G networks, the only remaining roadblock is the lack of 5G capable smartphones. The prevailing consensus at MWC the slew of announcements from phone makers around 5G smartphones. Indications are that with 5G deployments set to grow globally, headline-grabbing handsets from big-name phone-makers are all but guaranteed.

5G aside, the ongoing smartphone camera specifications race will continue (Nokia used MWC to launch a new offering complete with five – yes, five – rear cameras) while foldable phones that can convert from the now familiar rectangular smartphone slab into a small tablet look set to grab the lion’s share of media attention out of MWC.

Already, Huawei has used the event to launch its contender in the foldable market: The Mate X with an eight-inch (that’s tablet size) wraparound OLED display, which when folded is effectively a dual screen smartphone. Expect an eye-watering price for the luxury, however, with the Mate X expect to sell for over A$3,500.

Nokia also launched several offerings at the lower end of the market – an area ripe for competition as smartphone prices soar, leaving plenty of room for the vendors such as Huawei to fill the gap.

It is not just handsets either. Consumer gear such as a plethora of bluetooth speakers are featured while industrial and business equipment ranging from robots, biometrics and IoT gear has been hotly anticipated. Connected and autonomous vehicles are already generating a sizeable buzz.

Theme #3: Industry 4.0
Talk of the fourth industrial revolution has been bubbling away for some time but is looking set to gain greater acceptance thanks to connectivity technologies.

Smart manufacturing and IoT are two hot spots that are expected to drive ongoing debate as to whether Industry 4.0 is already underway, and where mobility and mobile networks fit into the picture. Technologies such as machine learning, robotics, mixed and simulated reality, plus where 5G/cellular IoT technologies fit into the picture are all expected to dominate a sizeable chunk of MWC19. These Industry 4.0 building blocks are being showcased in the Innovation City part of Fira Gran Via where an increasing number of innovative use cases are expected to drive enterprise applications and smart city innovations.

Theme #4: Immersive content
One of the most visually impressive parts of MWC19 is expected to consist of mind-boggling displays coined ‘realities’. These are expected to include augmented, virtual, mixed and simulated reality applications for both consumer and industrial use. Headsets, goggles and other cutting-edge display tech make up the lion’s share of the ‘realities’ exhibits which range from immersive marketing demonstrations through to holograms.

Theme #5: Digital wellness
Event organiser and global mobile association GSMA has long been committed to the UN’s Sustainable Development Goals, and MWC event will see digital wellness high on the agenda. Much of the discussion and tech showcased is looking at use cases for mobile technology, IoT and AI to augment and enhance healthcare sector capabilities. Much of this will happen through applications such as real-time health monitoring as well as low latency 5G enabled remote surgery using advanced robotics. There is also a growing emphasis on analytics for driving greater preventative health outcomes increasingly accurate health assessments.

Bonus Theme: The Unexpected
Okay, so I lied – there are actually six themes. Every year MWC manages to deliver the unexpected. This year isn’t expected to be any different. Given the sheer number of press conferences and innovation announcements still under wraps, it is a good bet that both media and industry pundits will be shocked by something completely left-of-field. Watch this space!