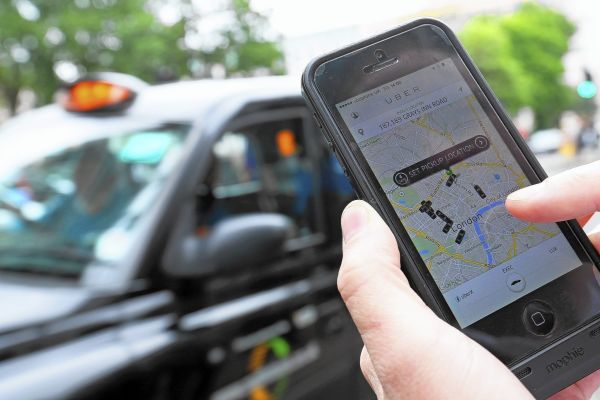 Even as the darling/nemesis of the technology industry endures a fresh assault on its ability to do business, analyst Juniper is forecasting substantial growth in ride sharing around the world.

But first let’s deal with the industry wunderkind/bête noir. In a surprise move, Uber had its London license to operate pulled because it is not considered a ‘fit and proper’ private hire company. Never mind what customers might like to choose (or not choose, as is theoretically their right), officialdom showed its powerful hand.

New CEO Dara Khosrowshahi has rushed in to assuage upset drivers and customers and has filed an appeal, although conceding in a missive to staff that “The truth is that there is a high cost to a bad reputation. It really matters what people think of us, especially in a global business like ours.”

Warwick Business School professor John Colley put the boot in. In a statement sent to iStart, and quite possibly every media outlet on the planet, he pointed out that “Poor values ultimately bring leaders and companies down. Uber is already effectively banned from a number of countries including France, Spain and Belgium and now London.”

Colley hinted that Uber might join ‘a very long list of businesses who have suffered for failing to uphold the level of values necessary’. “Until Uber gets this message then it will suffer lost trade as a result of its deteriorating reputation. Customers do have options in London with Addison Lee and the likes. In the short term expect plenty of positive PR but the prospects of the culture changing while [former and widely discredited CEO Travis] Kalanick is still there are slim.”

But love it or loathe it, or love what it does but loathe senior management in general and Kalanick in particular, Uber has changed transport for what a good deal of riders and drivers might consider the better.

As in any market, the rise of competitive alternatives is inevitable, and will no doubt temper Uber’s previously bullish attitude toward regulators when reputation starts to bite as in London.

And so it is to Juniper’s market assessment we turn. The Hampshire-based market watcher said a recently concluded study has found that a surge in shared transport will continue, with driver and passenger numbers growing substantially over the next 5 years.

In ‘Sharing Economy: Opportunities, Impacts & Disruptors 2017-2022’, it anticipates the number of ride sharing drivers increasing from an estimated 4.3 million in 2017, to 8.6 million by 2022, representing an annual average growth of 14.8 percent.

It said operators in ride sharing, a market set to represent 47 percent of sharing economy platform revenues by 2022, are growing established markets through innovation.

In a statement, research author Lauren Foye explained: “Players including BlaBlaCar, which is expanding its operations through carpooling, and Lyft which is strengthening its partnerships towards the development of autonomous vehicles, are setting their sights on diversifying their business models in order to out-pace rivals.”

The research found platform providers can expect revenues to almost double across the period; from an estimated US$11 billion this year, to US$19 billion in 2022, as surge pricing events during times of high demand aid in boosting revenues.

The study noted that providers are increasingly relying upon these periods of high demand, with surge pricing events set to account for 30 percent of total revenues by 2022 – however, Juniper also cautions against overuse, which could (and indeed has) result/ed in cries of extortion from consumers.

If there is one thing that stands firmly in the way of innovation, it would have to be legal and compliance frameworks. Juniper found that in established markets, currently regulatory approaches, coupled with increased wage pressures on workers, will see driver numbers fall.

The research found that driver numbers in Western markets will peak at 390,000 in 2020, before falling to 322,000 by 2022, as changes to employment laws in several key markets are expected to come into play; including UK legislation post Brexit.

Juniper therefore encourages providers to ‘seek appeasement with their workers, whether that be through restructuring of wages, or through greater clarification of rights’.

Lest, one imagines, you wind up in Uber’s invidious position (a recent report said just 4 percent of its drivers stay longer than a year). Colley noted “Uber faces litigation and investigation all round the world. Uber’s thrusting style [sic], which many have labelled a macho and sexist culture, is predominantly a consequence of Kalanick’s approach to leadership.

“Kalanick remains on the board with two of his close supporters. It is his management team and the culture follows his personality. Khosrowshahi has little chance of changing the culture while Kalanick is still there and a strong influence on the company.”