News > Vaccine passports: The good, the bad and the ugly

Vaccine passports: The good, the bad and the ugly 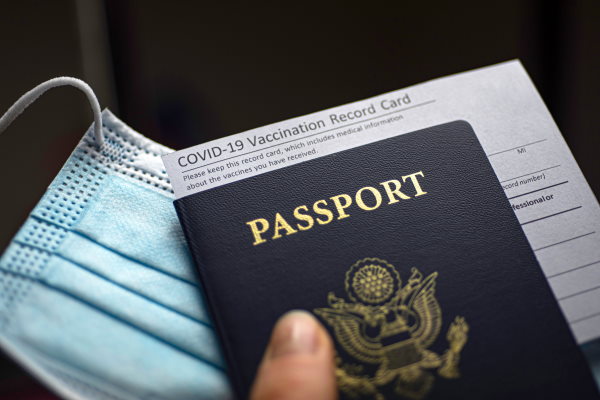 Vaccine ‘passports’ are coming for both Australia and New Zealand with the Aussie offering rolling out within weeks and New Zealand’s passport following ‘around December’.

The certificates will be recognised ‘by as many countries as possible’.

Certificates will be able to be printed off in hard copy or be stored and viewed on a smart phone.

Koornneef says the passports, which are still being developed, are being designed to be compatible with emerging international standards, so it can be recognised ‘by as many countries as possible’.

“The Ministry of Foreign Affairs and Trade will work with partner countries to seek technical recognition of New Zealand’s digital COVID-19 vaccination certificate,” she says.

In Australia the government is working to develop a QR code with the International Civil Aviation Organisation so their vaccine certificate will be internationally recognised. The QR codes will also be integrated into state check-in apps, enabling those apps – which let’s be clear, are not the vaccine passport – to be used to demonstrate vaccination status in order to gain entry to events such as theatre and sports.

The Australian passport will live in a phone app and contain all the usual passport data, along with the QR code for vaccination status.

Vaccination passports already in use in other countries are also being used for attendance at domestic events. Even in countries where they were originally touted solely for international travel, they’ve crept into domestic use. In the UK, Vaccines Minister Nadhim Zahawi – who once described the passports as ‘discriminatory’ – has said visitors to nightclubs and other crowded indoor venues will have to prove their vaccination status using the passports when they become available later this month. Scotland too, is requiring passports for entry to large indoor and outdoor venues.

The New Zealand Ministry of Health declined to respond to questions from iStart about whether its vaccination certificates would be linked with NZ Covid Tracer, or the potential for the vaccine certificates to be used domestically and whether it believed there were issues associated with that.

The passports have been billed as a way to relax restrictions and open up travel and freer movement again. With Covid vaccination the new entry requirement for many destinations, the passports allow people to use an app to show proof they’ve been vaccinated, potentially avoiding further tests and onerous quarantines.

When borders do reopen for Australia and New Zealand, the vaccination certificate is likely to be just another item for the pre-flight checklist.

And there’s a slew of them being rolled out. The EU, governments and airlines, including airline body IATA, are all rolling out their own versions of vaccination certificate and passports.

The passports have, however, raised concerns from many.

Questions have been raised about how an individuals identity can be safely embedded in the certificate and how individuals can control the data access, tracking and use of the information.

The Journal of Medical Ethics also raised concerns, saying the lack of equitable access to Covid vaccines put some at a disadvantage, while the passports are unduly restrictive because they don’t accomodate people who refuse the vaccine based on medical, religious or philosophical grounds.

Some have suggested the passports should be ‘immunity passports’ – including those who have had the virus and have recovered, rather than just those who have been vaccinated.

But if you’re thinking the passports mean international travel is about to be back on the cards, think again.

In Australia, where the passports are expected to roll out from October, the reopening of the border is reported reliant on getting 80 percent of the population fully vaccinated. However, some states have suggested they’ll keep their borders closed even longer.

For those that do have an exemption to travel, however, the passports should enable them to avoid having to quarantine in their destination country.

In New Zealand, a staged border opening is ‘on track’ for next year, according to Prime Minister Jacinda Ardern.