VR training comes to the office 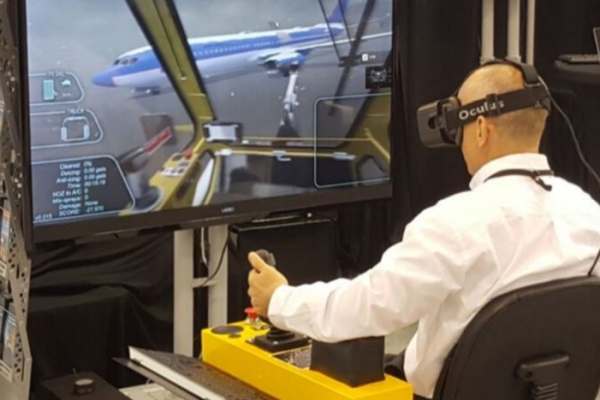 It’s a useful tool for hazard training, but what about the corporate jungle?…

It’s often the entertainment applications that get the headlines, but it’s the business use-cases where the real excitement is: From better product design and prototyping, manufacturing and health applications, to bomb disposal and training in hazardous zones, the impact of VR – and its slightly less immersive cousin, AR – is being felt.

IDC anticipates spending on augmented reality and virtual reality to reach a staggering US$160 billion in the next three years, with commercial use cases including training, industrial maintenance and retail showcasing receiving the most investment says the market researcher.

Such technology is already being used in New Zealand’s Northland to train firefighters. In addition to VR-enabled headsets, trainees don special ‘protective’ clothing which heats up to simulate the hot environments encountered in burning buildings.

“V-learners were 3.75 times more emotionally connected to the content than classroom learners and 2.3 times more connected than e-learners.”

Known as Flaim, the immersive VR simulation provides ongoing novelty for trainees – who would otherwise quickly grow accustomed to the training environment – as well as sophisticated feedback for trainers, all in a carcinogen-free environment.

The system is also used by the Australian Air Force, Australian fire services, large mining companies and the Belgium Navy, Netherlands Airforce and the US Air Force.

Springing from a collaboration by Independent Verification Services and Company-X, both Hamilton-based, the solution uses a virtual reality shipping container to train New Zealand’s biosecurity staff.

Wearing a wireless virtual reality headset, trainees conduct searches of both the inside and outside of simulated shipping containers that are enhanced with virtual biosecurity ‘threats’, such as foreign insects and vegetation.

“It offers an online course with a virtual reality assessment that lets trainees demonstrate their practical knowledge and skills… It replicates real-life situations that may be encountered on the job,” he says.

“A growing number of companies are turning to virtual reality as a way to drive training, collaboration, design, sales and numerous other use cases,” says Tom Mainelli, group vice president of devices and consumer research at IDC.

“Beyond the typical examples around training people for jobs that involve expensive equipment or dangerous situations, we’re seeing a notable uptick in interest in using VR for soft skills training from line-of-business managers,” says Mainelli.

So what about the softer side of business training? Can VR simulate the hazards of the corporate environment – and help staff learn to better negotiate it?

Absolutely, according to PwC’s new report, The Effectiveness of Virtual Reality Soft Skills Training in the Enterprise.

The professional services company partnered with Oculus for Business and enterprise VR company Talespin to run a study looking at the efficacy of VR in its internal training of new managers on ‘inclusive leadership’, a specific soft skills course that is part of PwC’s leader training.

In addition to those benefits, PwC estimates that its VR training solution was more cost-effective than classroom or e-learning scenarios, when delivered at scale.

“We found that VR is ready to deploy at enterprise scale,” contends the report.

“We determined that while VR training would not replace classroom or e-learn modalities any time soon, it should be considered as part of a blended learning curriculum when training specific types of skills.

“When you combine classroom, e-learn and v-learn together, you provide your employees with an industry leading approach.

“V-learning will likely be an accelerator that helps drive a new age of enterprise training and education by delivering a cost-effective, immersive, and efficient experience to train employees on soft skills.”