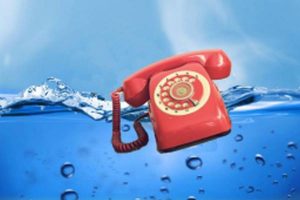 Kiwi business to float before end of 2021…

Vocus Group has appointed financial advisors in preparation for an IPO of its Kiwi operations, with plans to float the New Zealand business before the end of 2021.

The IPO is expected to be a dual listing on the NZX and ASX, with NZX as the primary.

The announcement, made to the ASX, follows months of speculation of an IPO, and several years of sales talk for the telco.

“Opportunities will be better realised if Vocus NZ is an independent entity.”

Vocus Group says opportunities for organic growth and market consolidation for the Kiwi operations across all market segments will be ‘better realised if Vocus New Zealand is an independent entity’.

Offloading the Kiwi business via a successful IPO will also provide greater balance sheet flexibility to Vocus Group. That will allow Vocus Network Services to invest in core long-term strategic fibre opportunities to extend its network reach, build on its product capabilities and cement its position as Australia’s specialist fibre and network solutions provider’, Vocus Group says. It will also provide the board with the ability to review its long-term dividend policy.

It’s the third-largest player in the fixed line market – behind Spark and Vodafone – with 226,000 broadband customers.

The Kiwi operations may only account for 17 percent of Vocus Group’s EBITDA, but it’s been a steady performer for the overall business, logging $398.3 million in revenue (a four percent increase) in the year to June. That increase came as overall group revenue dropped six percent to $1.78 billion and was the fifth consecutive year of growth for the Kiwi operations.

Back in February 2018 both TrustPower and 2degrees were in the running to buy Vocus. By April 2018, however, all deals were off, with reports the asking price was too high. (In the incestuous world that is the NZ telco scene, just two years earlier Vocus had reportedly been close to acquiring 2degrees, before instead switching its interest to Nextgen Networks.

The company became a major player in the Kiwi market in 2015 when the Australian-owned Vocus Communications merged with Kiwi telco M2.

“Led by an experienced and highly capable management team [headed up by Mark Callander, who was previously M2 chief executive], it is an established challenger that is very strongly positioned within the New Zealand market and has delivered consistent revenue and EBITDA growth over the past five years,” Vocus Group says.

“Along with organic growth achieved over the years, Vocus New Zealand has a core competency on the acquisition and integration of businesses that add both customer scale and capability to the existing operation. The board considers that there are now significant opportunities for organic growth and market consolidation across all market segments that will be better realised if Vocus New Zealand is an independent entity.”

Goldman Sachs, Jarden and Craigs have been appointed as joint lead managers to execute the IPO.

No indication was given of how much Vocus might raise from the listing. While the company never publicly put a price tag on its Kiwi assets during the 2018 bidding process, it had a carrying value of AU$332 million, though the company was reportedly seeking upwards of AU$500 million at the time.

The listing is good news for the NZX, which has seen declining numbers of IPOs as Kiwi companies jump the ditch for the allure of the ASX instead, or look to private equity funding instead of listing locally.

The planned IPO is subject to prevailing market conditions.