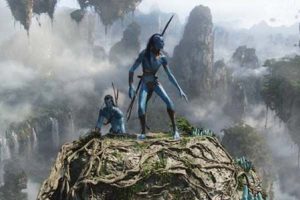 One cloud to rule them all…

AWS has won a high-profile customer with news that Weta Digital is dumping its own once-famed IT infrastructure to go all-in on Amazon Web Services cloud.

The multi-Academy Award winning visual effects company has inked a multi-year deal that will see it migrate ‘the vast majority’ of its IT infrastructure to AWS, in a move it says will enable it to test new ideas and technologies and harness the likes of machine learning and data analytics to deliver projects faster and more cost effectively.

“We can empower our artists to work safely and securely where they want without technical limitations.”

Also driving the deal is greater emphasis on remote working thanks to Covid, with Weta Digital CEO Prem Akkaraju noting: “Weta established a remote collaborative workflow in March due to the pandemic to seamlessly continue work on the Avatar sequels and other films. With the power of AWS, we can now take that success to a global scale.”

“Drawing on AWS’s virtually unlimited compute capacity, we can empower our artists to work safely and securely where they want without technical limitations,” Akkaraju says.

No financial details for the deal, which is currently in the early stages of implementation, were disclosed.

Weta’s supercomputers – a necessity for the compute-intensive, data hungry company – were long-famed both locally and internationally. They were a key contributing factor in garnering New Zealand a placing on the Top500 list of the world’s fastest computers back in 2010, with six of the company’s computers making the list, and for a time held top place as the country’s leading supercomputer. Weta’s computer-might was still making the cut in 2017.

The computers were later used as part of the New Zealand Supercomputing Centre, a venture between Weta Digital and the then Gen-I that effectively rented out Weta’s compute capacity when it wasn’t in use.

The new deal will see Weta using Amazon’s Elastic Compute Cloud (EC2), to provide access to a range of specialised graphics processing for better integration of machine learning into the VFX creation process, which the company says will enable its artists to create more life-like, detailed movie creations.

A new cloud-based visual effects workflow will be created, and the companies say the deal will see the studio migrate the vast majority of its IT infrastructure to AWS to support a pipeline that includes 100 proprietary tools and Weta’s LED-stage virtual production service, which creates immersive new worlds onset.

The AWS services will also be used to produce and render original content from the newly announced ‘Weta Animated’ and deliver on its multi-year movie slate.

“AWS also enables Weta Digital to quickly scale capacity as demand changes and to easily test new VFX ideas without setting back existing projects,” Walton told iStart. “This means Weta Digital retains its high level of VFX innovation while scaling-up its production process, delivering more creations that inspire entire generations, such as the animated character Gollum in the Lord of the Rings trilogy or the world of Pandora in Avatar.”

Walton says the combination of Weta’s innovation and AWS ‘ushers in a new era of visual effects driven by an “on-demand” technology ethos’.

“Using the breadth and depth of AWS services we can more easily test new ideas and technologies as we continue to push the boundaries of what is possible in visual effects today,” Akkaraju says.

“AWS services, such as machine learning and data analytics, will help Weta deliver projects faster and more cost effectively, and our customers will enjoy the fruits of Weta Digital’s continuous innovation,” he says.

“Today’s announcement reinforces the important role technology has to play in driving the future of our economy by helping to support local businesses like Weta Digital to showcase some of New Zealand’s best ideas and services to the world,” Walton says.

Andy Jassy, AWS chief executive, says the deal will enable Weta to continue redefining what is possible on screen at a scale not previously possible.

“Through its collaboration with AWS, Weta Digital is reducing technology barriers for those in the filmmaking industry, strengthening its operations in New Zealand and globally, and paving the way for immersive, new experiences for moviegoers,” Jassy says.