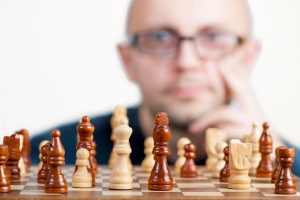 Can the ‘new normal’ for IT and business be less expensive than it was pre-Covid?

According to Gartner’s John Kost, the answer is ‘absolutely, yes’.

Kost, who was speaking at a Gartner webinar last week on what government should expect from IT in a crisis, says while the current push is to slash costs, there’s plenty of scope to marry that cost cutting (which he expects to continue for several years) with longer term IT opportunities.

“Is there an intentional evolution to something else – we think this is where opportunity is.”

No one, he says, expects their organisation to return to the way it was pre-Covid.

“Is there a natural evolution to something else? Perhaps,” Kost, who is a Gartner distinguished VP analyst, says.

‘Perhaps’ being the key word, however Kost says a more deliberate approach will be needed: “Is there an intentional evolution to something else – we think this is where opportunity is.”

Kost says there’s an opportunity to “really think through what the future potentially holds and how might technology make a significant difference” – and IT is well placed to do that.

He urged IT teams to think more about ‘how we operate government’ (or your business) and less about the technology itself.

“In this day and age, and as we go forward from here, business leadership expectations are going to be higher, and need to be higher, for people in IT to actually better understand innovation, digital transformation and user-centricity, and data maturity and information integration.

“Focus on the opportunities that exist right now, despite all of the financial challenges we’re having to think about how we use data more effectively, how do we integrate information to be more effective in serving the needs of our citizens and how do we innovate and use digital transformation to fundamentally change the way we do business.”

For government, Kost says much of the answer lies in data, something government has plenty of – albeit often not used or underused and not shared where it could be to make a difference.

“We think the near-term future for cost optimisation now and in the near future is going to be around data and analytics.”

He cited three key areas of opportunity to shift from reactive to proactive and save money, using data and analytics:

Data and analytics are one of a number of business cost optimisation opportunities Kost detailed in the webinar as he urged IT teams to ensure they make clear the linkage between an organisation’s mission and its IT dependency – something he says is often not clear.

“IT generally lacks a strong political constituent particularly when people are focused on health and public welfare but almost all the mission functions of government have significant dependency on IT. With the zest and zeal of government officials to find things to cut, they often turn to IT and IT does its part but there isn’t always a clear understanding of the linkage here.”

“We would encourage this for local governments and perhaps even state government where you can generate greater economies of scale by sharing services across jurisdictions.”

Virtually all, however, come with a longer timeframe.

When it comes to level three cuts, Kost admits the most common place governments are going at the moment is cancelling projects, however he cautions that while the financial benefits might be high, the customer impact can also be high.

“You were doing these projects for a reason. If you stop doing them the benefit isn’t going to happen and it’s also possible, if you’re stopping a project that has been partially deployed, that you may have some technical risks associated with it as well.”

Knowing how cuts will affect ‘the mission’, however, is key, Kost says, and to that end Gartner also served up an ‘IT Cost Evaluation Worksheet for IT‘ (it comes at a price: US$195) as a tool for business leaders to rate financial and mission impact, organisational and technical risk and time to realise benefits from the cut.

Results can then be plotted on a cost optimisation scoring model to show benefit-risk visually. That decision framework uses a nine-block scoring model, with benefits (small, medium or large) running along the horizontal (Y) axis and mission disruption, time and risks, both IT technical and organisational, vertically.

“If you’re going to cut something, how much money will you save? If it’s a lot, it’s over to the right. If, however, in doing so you’re going to disrupt the mission, or it’s going to take too long or there are substantial risks involved, it’s going to climb up the Y axis and potentially get into a red area where it’s probably not only not worth it but dangerous to make these cuts.”