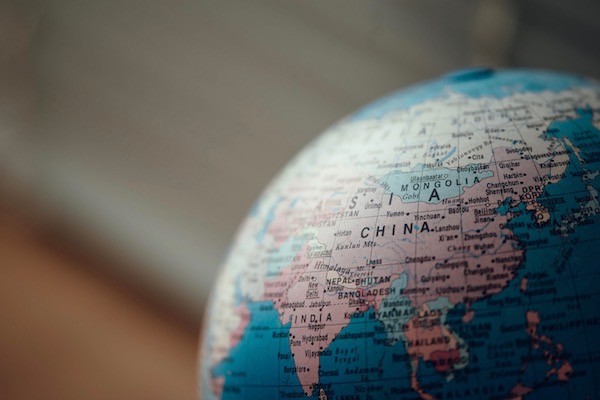 How will latest trade pact impact China and ASEAN digi-trade?…

The RCEP might be lacking in digital teeth, but according to one economics expert, the future is still looking bright for Australian and New Zealand companies when it comes to digital trade across Asia Pacific.

The Regional Comprehensive Economic Partnership agreement, which came into force in January,  includes both China, the world’s second largest economy, and Japan, the third largest.

“Digital trade, or digital economy, is a tough issue”

It’s one of multiple agreements on the go, including the Comprehensive and Progressive Agreement for Trans-Pacific Partnership (CPTPP), which includes Australia and New Zealand but not China, and the US Biden administration’s proposed Indo-Pacific Economic Framework, which is also looking at negotiating common regional standards around digital trade and data flows.

Like most, the RCEP’s digital component is small – relegated to chapter 12’s rules on digital trade and ecommerce – but aims to promote ecommerce and the supportive legal, regulatory and policy environments required for it to flourish. That includes a push for paperless trading; more, and easier, use of e-signatures; duty free electronic transmissions, and more flexibility in data storage and cross-border data sharing.

Some have hailed the agreement as a win for SMEs who could see reduced transaction costs and a more seamless digital experience.

He notes that over the past two year, many countries throughout the region have seen a shift to e-commerce – or at least increased momentum behind e-commerce – thanks to the pandemic.

“Having said that, digital trade, or digital economy, is a tough issue

“It is different from traditional trade in goods or services because it involves intensive use of data and cross-border data movement is very sensitive.”

Despite that he says the RCEP is ‘a very, very important move’ for Australia and New Zealand.

“If you look at the 15 member economies of RCEP, 10 are ASEAN, and NZ, Australia, plus another three in North East Asia – China, Japan and South Korea.

“It’s the first time South Korea, Japan and China have entered into a Free Trade Agreement and is an opportunity for Australia and New Zealand to gain access to these economies. When you talk about digital economy, NZ and Australia are pretty advanced in many of these services, so our involvement will definitely boost the opportunity for A/NZ economies to enter into very promising markets like ASEAN, North East Asian economy like China.”

In reality, digital trade is only covered minimally in the RCEP, but Zhang says it’s providing a crucial starting point for some important discussions, not least around data sovereignty.

The RCEP includes prohibitions against localisation of data facilities and data – a principle China, somewhat surprisingly, has agreed to. There are, however, some get out of jail clauses, providing exceptions enabling member countries to opt out of the prohibition for purposes of public policy and national security – something Zhang says will probably mainly be proposed by developing countries or China.

So not as binding as one might think then?

“In general it is binding but there are some exceptions,” he says. “This is also a very encouraging move toward at least opening doors for the next stage of discussion.

“If you look at the CPTPP, the US was pushing very hard at the beginning to ban data localisation, but it is tough for developing countries which have different views on this.”

Zhang, who is co-director of the New Zealand APEC Study Centre at University of Auckland, says research from the Study Centre on digital transformation across North East Asia shows ‘a dramatic degree of digitisation of China’.

“This is marking a long term trend and is very promising because China has a very large economy and territory, it requires a huge amount of logistics support from the infrastructure sector, and from regulatory institutions.”

Other parts of Asia are also seeing dramatic shifts. Singapore’s figures doubled from 5.9 percent to 12 percent.

Digital infrastructure is one of the backbones for Singapore’s quick shift to online e-commerce, Zhang notes. And while other member economies aren’t at that level, he says there are two things marking a promising future.

“The first one is about their growth rate. ASEAN will become one of the hottest regions in terms of economic growth in the coming decade. And the reason is because of this structuring of the global supply chain and also the shift of geo-economic relationship.

The second factor is the very young populations across the countries, marking a huge increase for growth potential.

At the same time the ASEAN governments are actively promoting digitalisation. The ASEAN Comprehensive Recovery Framework, launched in late 2020, aims to accelerate digital transformation, while the ASEAN Digital Masterplan 2025 seeks to improve the regulatory framework and upgrade infrastructure in moves the World Economic Forum says will contribute an additional US$1 trillion in terms of GDP over the next 10 years.

“So there are quite a few positive movements towards digital economy and obviously that talks to the importance of the RCEP in NZ and Australia business opportunities.”

Zhang says among the potential early benefits are ones around protection of intellectual property rights – long a big concern for A/NZ companies, wary about releasing designs or information online for fear it will be replicated by companies in emerging economies.

That alignment to model law will take some time for developing countries to adapt to – Zhang terms this one a medium term benefit – but he says again, this at least marks the beginning of a commitment that will benefit local companies, especially those engaging in innovative content creation.

China has launched a CBDC pilot in a number of cities, though plans to internationalise the digital currency aren’t clear, and cross-border CBDC arrangements have been investigated or collaborated on by major central banks in the region.

“This substantial improvement in the payment network could bring benefits to SMEs. Digital payment infrastructure could facilitate one-second payment. This is particularly relevant for across border goods and service flow.”

Singapore meanwhile has just introduced its first digital wholesale bank, Anext. It is controlled by Alibaba’s Jack Ma and will provide financial services to SMEs in the region, focusing on those that have cross-border operations.

“In the medium term I would be very optimistic about the future of fintech companies from A/NZ in this ASEAN market.”

Services companies – which account for 20-25 percent of New Zealand trade – also stand to be among the big beneficiaries, again in the medium term.

“I would expect NZ service sector would be more active engaging through the RCEP framework in ASEAN including in China, Japan and South Korea.”

As to the two countries themselves, Zhang says New Zealand in particular has been very active in leading international discussion on the reform and innovation in regulation and Australia has been actively engaging in ASEAN – albeit with a less friendly relationship with China in recent years – and there’s plenty of scope for A/NZ to play a leading role in the innovation of the regulatory framework, to the benefit of both economies as well as the wider region.

“For the business community, it’s quite clear that ASEAN will play an increasingly important role.”

And what about the China-Australia relationship, and China’s recent plays for the Pacific?

Zhang agrees that it may have dampened enthusiasm for relations with China politically, but says economically, China’s too big a market for A/NZ to discount.

“If you look to the future there are many views about China’s growth trajectory but if you look at size of the economy and also the current policy China has made and is trying to further broaden it’s openness to deepen its reform, that could mark an even larger market opportunity,” he says.

“I am holding relatively optimistic views on NZ and AU’s relationship with China.”