News > Whatever happened to Green IT?

Whatever happened to Green IT? 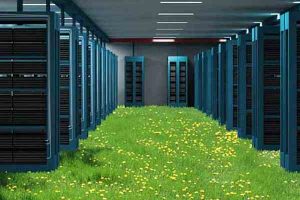 A few years ago it was the word on every CIO’s lips: Green or bust. Where did those good intentions go?…

Back then, every CIO was onboard with green IT. Pledges were made, e-waste committees were convened, summits were held, lists of green companies were drawn up and rhetoric was well and truly spouted.

But Green IT, sustainable computing – whatever you call it – just doesn’t have the same cultural cache it once had, does it? IBM once dedicated US$1 billion to improve its sustainable business practices. Both Google and Apple have made similar historical multi-billion dollar pledges to clean house.

At the time, green was the future: “Capturing and reporting information about energy, carbon and other resources will be a central challenge for all companies,” enthused Forrester researchers back in 2010.“ The only variable is the timing based on the regulatory regime that exists in your part of the world.

“So what should IT leaders do to get ready to play a bigger role in corporate sustainability? In a word, partner. Develop internal alliances with your colleagues in facilities, finance, operations and HR. Finance in particular is crucial since it typically has the keys to unlock budgetary silos and help different organisations share the investment risks, and cost-savings rewards, of improving energy efficiency and reducing carbon emissions.”

But why does that message sound so archaic to today’s ears? “Unlock budgetary silos”? Yeah, good luck with that.

Why has the narrative changed? And why is green is no longer front and centre of every corporate responsibility document?

The first thing to realise is that, for corporates, the commitment to going green was always a commitment, first and foremost, to being cost efficient. If energy costs can be negated by working smarter, great – the company saves money and a nice bit of PR is generated too. Yes, it’s possible to be green and make a profit, because those two outcomes were usually the same damn thing. Problem is, commitments get tracked, and recalled at embarrassing moments and the PR upside rapidly evaporates.

Silver linings
But it’s not just subsiding spin that accounts for the change. It’s the fact that, as computing has increasingly become cloud-based, the real responsibility for green standards has shifted too. No longer do CTOs find themselves torn between the need for more internal data centres and the effect of those assets on green commitments. Move to the cloud and the problem literally becomes someone else’s.

And for those providers of cloud services, because they are working at scale, the decisions they make regarding server efficiency have very real economic ramifications (see above) – ramifications that are front of mind throughout the whole value chain.

Simply put, the reason we rarely hear those public declarations of ‘green IT or bust’ is that, thanks to the cloud, it’s now inherent in the system itself. As business computing becomes cloud computing, efficiencies improve in kind. Put another way, in 2018 tech itself is just fundamentally greener. Instead of an opportunity for corporate grandstanding, it’s simply best practice. Server virtualisation (that great enabler of cloud computing) can single handedly be thanked for taking the pressure off – as AWS puts it in its statement on sustainability: “In addition to the environmental benefits inherently associated with running applications in the cloud…” (emphasis ours).

Now, when cloud vendors are not claiming their software will save the planet, they typically say that using their services will add to their customer’s green credentials, with Microsoft, Google and AWS, among others, push the sustainability of their cloud environments. And, well, they can’t all be right, can they? Meanwhile, for data centres, green IT, particularly around carbon emissions remains a big topic.

The simple reality is, corporates are no longer faced with the choice to go green or not. Efficiency and cost reductions go hand in hand, so now, it’s a case of go green, or perish.

So there’s a happy irony here: Though going green may not still be front and centre of tech’s collective consciousness we are, in fact, considerably more sustainable than we were way back then.

That, my friends, is progress.