News > RegTech 101: What you need to know about FinTech’s buzzword du jour

RegTech 101: What you need to know about FinTech’s buzzword du jour 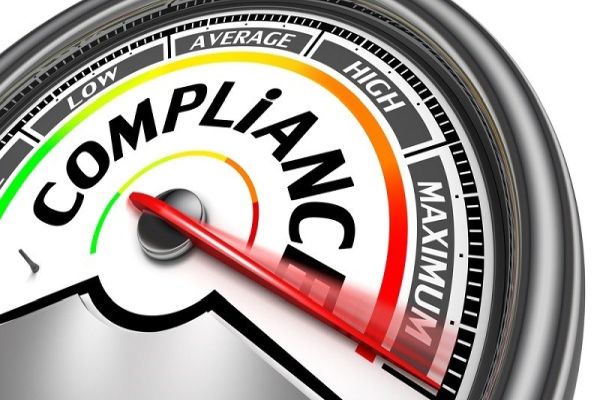 RegTech has arrived and it’s going to solve all your compliance problems…right?…

While loathe to start talking about it just because everybody else is, we’d be remiss if we didn’t take a moment to recognise the newest tech-suffixed buzzword doing the rounds, RegTech.

If you’re not familiar with the term, strap in. Here’s what you need to know to nod your way thoughtfully through any board meeting or after work drinks event.

What is it and why should we care?
RegTech is a broad term meaning different things to different people. Nevertheless, at its core, it’s any technology that helps address regulatory challenges.

That’s enough, apparently, for it to be considered the next big thing.

Several scary stats back this up: US$320b in regulatory fines have been issued in the United States since 2008, and there are an estimated “200 regulatory revisions made daily” reports Deloitte.

Simply put, as regulation increases in complexity compliance becomes more difficult. RegTech helps businesses understand and navigate their risk and the regulatory environments that affect them.

Think of it as FinTech’s scrappy offspring.

What does the ‘tech’ part of the name refer to?
Lots of different things actually, but all the obvious culprits especially: Cloud, blockchain, machine learning and big data.

But again, the term RegTech is broad. Other applicable technologies include “biometrics, the interpretation of unstructured data such as e-mails and Facebook posts, and the use of application programming interfaces (APIs)”, according to Bloomberg BNA, so there’s lots to unpack and lots of potential.

“Like FinTech, PayTech, and many other combinations of XXXTech, RegTech is another example of an industry that is being changed rapidly by software,” said Alan Meaney, CEO of reconciliation software company, FundRecs.

“There has been technology used at various levels in the Regulatory space for over 20 years. However, what the new RegTech label recognises is that the gap between software and non-software enabled services has widened significantly.”

At its simplest RegTech is an attempt to bridge this gap, but the applications are broader still. From fraud prevention to identity verification, regulatory compliance to cybersecurity to risk analysis management – RegTech can play a part in each and the list goes on.

Is there real money behind it?
Yes, increasingly so.

“To meet these obligations effectively and efficiently, sophisticated and integrated software is required to control and limit events proactively.”

“It’s important to combine large, different and complex data sets that help to monitor activity and meet reporting needs”, he continued, saying IRESS has a strong track record in this area and is well poised to “build on its current market position with its existing and additional RegTech solutions”.

What’s happening next?
The Australian Securities and Investments Commission (ASIC) has said it wants to establish a new RegTech advisory group. The organisation held a RegTech showcase last week looking at the future of regulatory reporting and how software and algorithms will play a part in helping Australian businesses understand and meet their regulatory obligations.

“Where this rapid shift of the financial landscape will end up is not yet clear, but for regulators, I can confidently say that remaining open, engaged and globally connected will mean the best chance for this technology to bring benefits to all participants in the financial sector,” said ASIC Chairman Greg Medcraft.

The ASIC hopes to have the advisory group in place by the end of 2017 and is also planning a RegTech industry liaison network and hackathon later this year.

And after that?
It’s hard to tell. At this juncture anyone with an interest in RegTech seems to be unfalteringly optimistic about its potential.

In 2016’s RegTech is the new FinTech, Deloitte was insisting RegTech would be the new big thing.

“RegTech has a very bright future, with a huge amount of opportunity for those developing this type of technology to automate and enable the world of regulatory assessment and control management, bringing clarity and control to an area of the business that is so incredibly important, but so often cumbersome and time-consuming.”

That’s probably true, but it’s also probably true that RegTech solutions will not be the cure-all to every compliance problem under the sun. Compliance complexity is just that – complex – with numerous variables across industries and businesses.

For now RegTech seems like a good way to manage the more mundane tasks of compliance as well as meet certain reporting obligations.

Longer term we’ll have to wait and see.