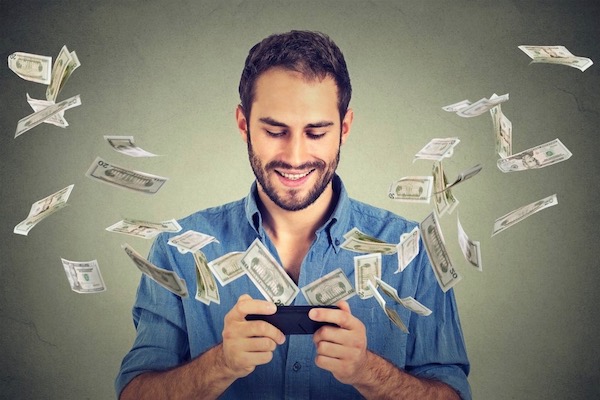 New Zealand and Australia are increasingly on the radar internationally when it comes to fintech’s and a new report confirms the Kiwi fintech market is running ‘white hot’.

The inaugural Fintech Insights Report from the Technology Investment Network (TIN) shows the top 19 Kiwi fintech companies generated $1.8 billion in revenue last year with the sector one of the fastest growing markets in the annual TIN report, which tracks the top technology companies. It has logged a five year CAGR of 32 percent for fintech – albeit with a slower 25 percent year on year growth in 2021 as the market size swelled. All of the top fintech companies saw double digit growth for they ear.

“What should it be? It should be a lot bigger. What will stop it? A narrow mindset potentially.”

Speakers at the launch of the report this week were united in their view that fintech isn’t just a bubble either and that the growth potential remains huge.

“The continuing growth of online commerce, accelerated by the Covid pandemic, will only serve to strengthen the importance of the New Zealand fintech sector as more tech companies and investors seek opportunities,” Greg Shanahan, TIN managing director, says.

And investment is certainly being seen. The capital raises of Sharesies, First AML, Tradify and EasyCrypto along saw more than $100 million in investment.

“Increasingly, New Zealand and Australia are on the radar of some of the larger people in the fintech space,” Shanahan says.

“In Australia, sounding a large clarion bell, was the acquisition of Afterpay by Square for a massive AU$39 billion. Back in New Zealand, TSG and Clearant merged to form Xloir Technology, an entity of AU$3.8 billion, Vend was acquired by Canada’s Lightspeed for AU$420 million and Task was acquired by Plexure for AU$120 million.”

Consumer Data Right legislation, which is expected to be passed by the end of the year in New Zealand, and which has been in play in Australia for several years, is also expected to accelerate development of new products, more competition and ultimately, better offerings for customers.

Further adding to the buoyancy is that while digitisation might have happened apace in recent years, it’s still far from complete.

Nick Houldsworth, Xero executive GM ecosystem, is particularly bullish. Asked if the sector was experiencing a bubble he was blunt.

“I don’t think it’s a bubble. I think it needs to be 10 times bigger,” he says. “If you look at the revenue growth and the potential, the entire global economy is still far from being digitised.

“We think cloud accounting software is only about 20 percent penetrated globally and all the other applications that follow on from that have even lower penetration numbers. So there is a huge market of technology adoption happening globally and I think New Zealand needs to be punching even further above its weight.”

Houldsworth argues that New Zealand needs to be stepping up to Australia’s pace. “If you look at the type of companies coming out of Australia… and the unicorns emerging there – where’s New Zealand’s version of that? We should have at least five of those on the go!”

Ivana Tranchini, Visa New Zealand and South Pacific head of products and solutions agrees digitisation still has a long way to go, opening up plenty of potential for fintechs.

Customer facing touch points have tended to be the first to get digital makeovers, with digitising of the back office infrastructure lagging.

“By not digitising the back office infrastructure as well, through so many B2B focused tools, businesses really aren’t making the most of their broader digitisation efforts,” she says.

“Now we are seeing really strong potential from some of the new fintechs tackling specific business challenges – the likes of Hnry, who are making the tax management experience much more user friendly.”

One company benefiting from removing a pain point is First AML. Just 3.5 years old the company, which provides automation and streamlining of anti-money laundering customer onboarding processes, is seeing strong growth in Australia and New Zealand and has just launched in the UK. With 100 employees and $30 million in investment, First AML is, notes Shanahan ‘clearly doing a lot right’.

Cooper says there is increasing need for automation and digitisation of processes.

But if local fintech growth is strong, Houldsworth is keen for it to be even stronger, saying we shouldn’t be asking what the growth should be in the coming years, but what it could be.

“[We need to be asking] what does the growth need to be, how doe we as an industry, ecosystem and all the other driving forces behind it push that number up and continue multiples of growth.

“Because the market is not getting smaller. The opportunity to innovate and sell weightless exports isn’t getting smaller so I think we can be more ambitious in terms of those growth numbers.”

“What should it be? It should be a lot bigger. What will stop it? A narrow mindset potentially.”