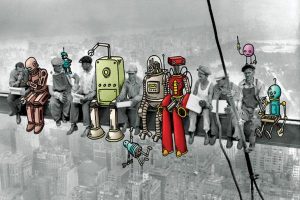 Think of the future of automation. What do you visualise, asks Anant Gupta…

Or rather, the future of automation is here and now, just it is as far from an edge of the seat sci-fi thriller that you might imagine.

Automation is no longer an option in the 21st century enterprise. Across industries, it is already driving efficiency, productivity, agility, adaptability and optimisation. Yes, there is growing apprehension about automation devouring jobs. But this fear is not unexpected if we take history as our guide.

The Industrial Revolution was met with what John Maynard Keynes called “technological unemployment” as a “temporary phase of maladjustment.” More recently, the Knowledge Revolution, the internet and cloud computing were met with such concerns. Each of these chapters was finally turned as a net positive. And today, we stand at a similar crossroads with the automation revolution.

Automation – or autonomics, including both automation and AI – presents perhaps the greatest opportunity the world has seen in a long time. An opportunity to unlock the power of technology to break through the global economic logjam.

However, in order to realise its potential, we have to get past our apprehension and recognise three basic ground rules of automation:

It is a partnership
Look back at any major technological development; in each case, its value emerges from a collaboration between people and technology. It’s not an ‘either or’ scenario. We are the architects. We are the users. And, without a doubt, we are the beneficiaries of an automation-enabled tomorrow.

As the Open letter on the Digital Economy pointed out, the idea of robots eating away jobs “assumes that we are powerless to alter or shape the effects of technological change on labour.”

Sure, the power of AI is awesome. But it is nothing compared with the power of a partnership between humans and machines. A small case in point being the power of the cyborgs in free style chess – a combination of man or machine that has proven to be far superior than either. This partnership is reflected in the increasing switch-over to the new, more powerful AI – augmented intelligence.

It automates activities, not jobs

On the other hand, they pointed out that the automation of certain activities would necessitate redefinition of jobs and transformation of entire business processes.

In other words, the possibility to automate certain activities, opens up vast opportunities for augmentation of roles played by people in the workplace. For instance, if the routine and tedious task of reading and updating the system with information on ongoing new developments could be automated at, say a law office, a hospital, a media outfit or any knowledge-based industry, it could free out the time of people working there to do far more productive, creative and beneficial work.

It is a (well-planned) journey
There is only one way to make automation work right. And that is the pro-human way.  We cannot jump in blindly. Automation is a pragmatic journey. It must be adopted in waves, based on the maturity of the prevalent IT estate within the enterprise. This requires a deep assessment and a thorough mapping of these technologies; before even attempting to apply automation levers. And once you do so, it must be in sustainable layers, and in partnership with people. The moment you take a methodical and analytical approach to applying autonomics – you can start looking beyond the hype and apprehension; and start looking at making positive impact with real, repeatable and consistent outcomes.

This is not wishful thinking but reality, as discovered in a study at the London School of Economics, which looked at the impact of industrial robots on manufacturing in 17 developed countries. They found no evidence that the robots reduced total employment. While robots did seem to replace some low-skill jobs, their most important impact was to significantly increase the productivity of the factories, creating new jobs for other workers.

The fact is that technology has been a lifeline of human progress. Adoption of new technology has quite literally marked key milestones on the timeline of development, therefore the AI and autonomics revolution can be viewed with great optimism and confidence.

A recent session on ‘Artificial Intelligence: Friend or Foe?’ at the Global Conference by The Milken Institute had among the panelists Shivon Zilis, Partner and Founding Member of Bloomberg Beta. He said that as long as we kept a sharp focus on using machine learning for good, providing the right balance of power, and the right standards and regulation, the benefits of AI could have a transformative impact on our future.

And Professor Stuart Russell of University of California Berkley, cautioned that we must first “envision a future” to realise the true potential of AI, and then “make a transition plan to that destination.”

At its very foundation, the raison d’être of technology is to trigger and harness disruption for the benefit of people in a collaborative process. Automation is a new frontier of this human-machine partnership; one that will be good for business, good for people and great for society as a whole. 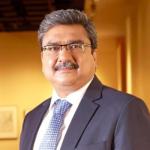 Anant Gupta is president and CEO of HCL Technologies