Opinion Articles > Why blockchain could change the world

Why blockchain could change the world 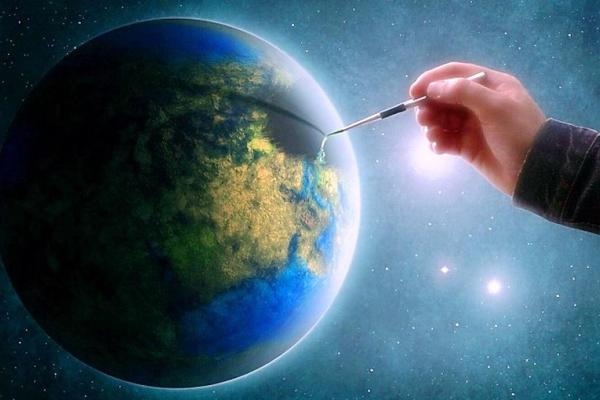 It may sound like something out of a B&D dungeon as blockchain emerges from the dark world behind Bitcoin, writes John Jones…

Despite Bitcoin’s notorious early days, a bunch of tech titans, along with many of the world’s largest banks, have picked blockchain up and collectively poured billions into further development, ostensibly to create a new digital backbone for the world’s commerce. But just what is blockchain, and why does it matter?

IBM Research senior VP Arvind Krishna explains: “…the basic mechanics of how people and organisations execute transactions with one another have not been updated for the 21st century. Blockchain could bring to those processes the openness and efficiency we have come to expect in the Internet era.”

What’s he getting at? Well, just buy a house, make an employment offer or open a bank account and you’ll be reminded that many of our transaction processes are starting to look like anachronisms.

Efficiency is just the start though; what’s even bigger is the idea of technology becoming our trusted intermediary. We recognise that humans can be a little dark and dodgy at times; it’s why a bunch of middlemen and intermediaries have arisen over the ages to facilitate trust – bankers, lawyers, brokers, real-estate agents and so forth.

While they do provide useful expertise, their role as intermediaries on a transaction-by-transaction basis is becoming questionable – traditional approaches are expensive, slow and sometimes not actually trustworthy after all.

What blockchain promises is a technology platform that will act as a secure trusted middleman in the high-speed interaction between parties executing pre-defined contracts types.

The blockchain in human terms
Think of a cube; any shade of grey will do. Now, let’s put a bit of information inside – say the ownership of a new Maserati – you’re the first buyer, so your name, the vehicle registration, make, model and so on is pushed into the cube. Great!

But then, when hedonic adaptation has kicked in and you desperately need a McLaren instead, you sell it. At this point a second cube is created to hold the information of the new owner. This second cube is cryptographically locked to the first one containing the vehicle details and record of your initial ownership.

Now we have the beginning of a blockchain that is recording an item of value and its transition between parties. As the vehicle continues to change hands over time, that blockchain will continue to grow.

Trust and cybercrime
Imagine that this vehicle registration blockchain is not held by a central agency, but stored across hundreds of independently owned ‘nodes’ in the blockchain network. The system as a whole can detect if information on a node becomes out of sync with the records on other nodes.

A hacker would have to hack hundreds of servers and alter the ledger on all of them at the same time in order to electronically change the ownership record of your car; a nigh impossible feat (despite how easy hacking looks in movies).

Admittedly this example, though easy to relate to, doesn’t address any pressing need; with vehicles there’s physical possession and other traceable factors of ownership that leave little incentive to hack the central registry.

The same is not true of money. On February 4 this year, hackers electronically stole $81million from the central bank of Bangladesh, dramatically illustrating how broken the current state of electronic money really is.

What’s bizarre is not that it could be taken, but that it could be made to disappear without a trace. This same issue is relevant to the thousands of minor heists from people’s online banking that occur every year, not to mention all the offshore scamming that goes on.

If all value was tracked in blockchains it would be fully traceable and reversible in real time, without cross-border impediments.

Smart contracts for dummies
Coming back to blockchain in relation to contracts, imagine a contract that, instead of being a sheaf of paper filed in a bottom draw, actually interacts with the parties involved to enforce the intended process according to the rules agreed upon. A contract that prompts parties to carry out their next step, stores value, verifies actions and executes appropriate exchanges of value based on those actions.

This is what Smart Contracts can already do. With a blockchain-based Smart Contract, the contract itself is the trusted middleman at the transaction by transaction level; one that leaves a verifiable audit trail, operates at the speed of today’s world and costs only a tiny fraction of current intermediaries.

The disruption has started
It’s not surprising then that the ‘Our Thinking’ section of the Goldman Sachs’s website says, “Blockchain could disrupt everything”. This is not an overstatement for a technology that’s set to change the face of money, transactions, contracts, and therefore even society’s structures behind commerce in general.

What’s more, it’s ready to roll right now with platforms like Ethereum and the IBM Bluemix Blockchain already online and ready for developers to build smart contracts and other blockchain applications.

So, both change and opportunity is knocking on the door again. You’d better buckle up. 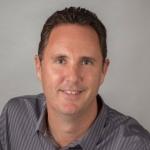