Canned beans show that every industry is an essential one 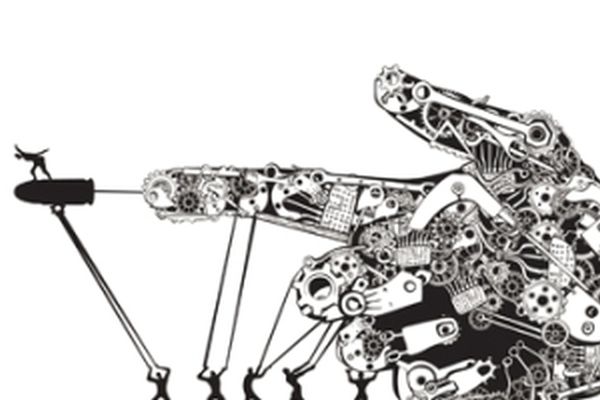 Here’s the thing. Every industry is essential, or it wouldn’t exist…

A can of beans on a shelf for $1? It’s a simple good on the face of it but dig a little deeper and you’ll find it involved thousands of people in hundreds of vocations around the planet for its production.

It started with someone who produced bean seed and that would involve geneticists, horticultural experts, various scientists and so on. Then there was someone who made fertiliser, some people who moved and traded and retailed seed and fertiliser, someone who bought those things, while someone far away mined ore to make steel to make a can for the beans while elsewhere trees were felled and pulped so paper could be made for the label.

“It is those very visible hands that are likely to screw this whole thing up.”

Somewhere else, ink and a printing press were produced so the labels could be made…each industry with its own sub-processes which make it work. And each with thousands of ‘non-essential’ workers in their ‘non-essential’ industries.

Of course, all this tied together with information systems, databases and messaging systems that allow for transactions to be created, tracked, delivered and settled.

Note that at this point, we don’t yet have any beans, let alone baked ones in a can.

Then the farmer gets involved, with land, capital, tractors, machinery and so on, and grows millions of rows of beans. Time passes, harvest time comes, beans are separated from chaff. The tractors, farm bikes, utes and so on are serviced, maintained, fuelled and ‘tyred’ by an army of workers and invisible supply chains which stand behind every item, involving thousands upon thousands of workers, most in ‘non-essential’ jobs.

And yet we still have nothing we can put on the supermarket shelf.

Once the beans are harvested and pre-processed into dry goods, they go through a complex market where they might be traded by a commodities broker and may garner the attention of market speculators, trading on a price tick up. Are these guys parasites, or are they too essential workers? Guess we will be finding out soon.

Note. No beans yet. Nothing the supermarket can sell.

Now we have the (deemed essential) manufacturer producing 200k cans’ worth of beans a day; the plant is equipped with machinery, the machinery itself produced by manufacturers with their own complex supply chains supporting the engineering, production, sale and support of mixers, ovens and other gear. There’s other ingredients like flavours and preservatives that go into our can of beans, and that means the work of food scientists, production managers, labourers…another micro-universe of supply chains and complex interactions which are involved in the production of a simple good, whether it is sodium bicarbonate or just plain vinegar.

Once we’ve got a volume of cooked beans in tomato sauce, it moves on to a processing plant which puts them into the cans. What’s behind the processing plant and all its workers? By now you’ll have some inkling.

Now the beans are canned and labelled, marketed and sold on the international market before entering the complex logistical, distribution and warehousing operations of FMCG. Finally, a retailer receives the beans and puts a can on a shelf.

Decreeing who is and who is not an essential industry
One can of beans represents the efforts of probably hundreds of thousands of people working together, entirely anonymously and without any knowledge of their colleagues. Why? It’s the power of the free market and the incentives it invisibly provides for human society to collaborate on a grand scale. In fact, Adam Smith called the unintended social benefits of an individual’s self-interested actions ‘the invisible hand’ (perhaps trite that we’ve wound up with a can of beans masquerading as a social benefit).

The effort required to produce a can of beans is in every sense herculean. And every single one of those workers and those industries is essential to the production of a cheap can of beans.

Now we start to see the problem. Take just one section of that value chain out, by decreeing that say a printer is not an essential worker, or a trader, or a copywriter, or a service technician, or even a marketing manager, and what do you have? The simple answer is a more expensive can of beans on the supermarket shelf. There will also be fewer cans, since the automatically optimised value chain has been compromised.

The trouble with price controls
Nobody likes more expensive beans, so the shoppers complain. The PM introduces promises of help in the form of price controls or more politically expedient market intervention (now well practised as with bakers, butchers, and  non-daily news media).

Let’s go back to the bean factory for a minute, while noting it is but one link in a complex chain. It’s geared for the production of 200,000 cans a day, with the economies of scale making it (ultimately) possible to put a single can on the shelf for a dollar (though there are of course hundreds if not thousands of variables involved in the production of those beans, as we have seen).

Let’s say the interference with the value chain means the factory can now only produce 100k cans a day – but the fixed overheads for the plant, machinery and other input costs are higher now per can of beans produced.

And here we have the trouble with price controls. Prices rising in times of shortage is a valuable mechanism which ‘auto rations’ goods, because people must now think twice before buying what they perceive as a dollar can of beans for $2. If it is still $1, but shortages are either here or coming soon, it incentivises those with money to buy more than they need (and hoarding is an entirely economically sensible action to take, particularly if one can see shortages being likely).

So-called ‘price gouging’ automatically rations the available goods to those who really need them, while higher prices incentivise producers to keep producing. Price controls might seem to help keep things affordable, but in reality, it accelerates shortages because the supremely complex value chains which underpin the production of beans or any other good, must be sustainable through pricing mechanisms if they are to continue producing beans.

If you’ve kneecapped those processes by deeming half or more of the workers involved ‘non-essential’ you cannot hope to avoid scarcity and shortages, which must by necessity force prices upwards. If the prices are controlled, bean production must (and will) cease – hurting those who the price controls sought to help in the first instance, because now there are no cans of beans on the supermarket shelf, rather than fewer cans at a higher price.

Money is only worth something if it is backed by productivity, measured as GDP output. Our GDP has been compromised in a massive way, with the so-called non-essential workers sent home, and now a forlorn hope or expectation that we can put beans on the shelf at the same price as before.

At the same time, now non-productive workers are sitting at home with $580 a week (of their own money, it must be said, because all government money comes from those workers in the first instance).

When money isn’t backed by productivity, it becomes meaningless. At least part of the reason Zimbabwe had and has runaway inflation owes to an unproductive economy. If we aren’t working, our money is worth less.

In simple terms, if beans aren’t being produced at the same rate, there won’t be enough to go around. Shortages are likely. The cost of production will rise, and therefore prices to the end user must do so too if production is to remain feasible. That’s on the one hand.

On the other, we’re being issued with free money in the form of benefits – an unplanned experiment with a Universal Basic Income.

Because most of those involved in canned bean production are deemed ‘non-essential’ workers (and you can substitute any industry for beans), we’re not going to have quite as many cans on the shelves. Combined with an influx of ‘free money’, the situation is likely to become rather dire in the coming months.

The corollary, therefore, is that your business, whatever it is, is ultimately essential. Remember, if your industry wasn’t essential, it wouldn’t exist. So, stand firm arguing your case. Be over-protective of your workers’ health and safety to stop the spread but wherever, whenever possible, carry on being productive. Use the tools technology has provided us with. Choose activities and ways of working that are safe, rather than what’s deemed ‘essential’ by politicians with little real-world experience. It is those very visible hands that are likely to screw this whole thing up.

The economy matters because it feeds, houses and clothes us. And ‘the economy’ isn’t something abstract, it is you and I being productive so that society can be prosperous.