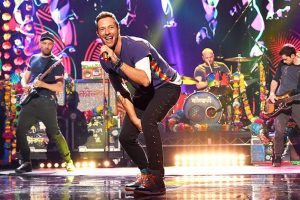 What customer intimacy lessons, wonders Steve Scarbrough, can be learned from Coldplay?…

Attending the recent Coldplay concert in Auckland and sitting in the cheap seats right in the back row, the expectation was that we’d feel somewhat removed from a best-in-class customer experience. However, when the exact opposite happened, lessons were learned in customer intimacy which can be applied to any industry through the way the band pulled it off.

Firstly, a qualification: I like Coldplay, but I would not say I love them. But my wife does, so off we went. And a little on customer intimacy: I work with companies which are constantly focused on what creates customer intimacy, as this is a sure way to build loyalty, repeat business and access the cheapest and best marketing in the world – word of mouth referrals.

So here’s what Coldplay did:

2)      Appeal to the psychology of your audience – New Zealanders are a proud bunch, so to see Chris Martin wearing our flag during the show built a tangible connection with the audience.

3)      Show you care – acknowledging the tough time our South Island friends were having after the earthquake, and showing they gave a damn was a nice touch.

4)      Crowd sourcing from fans – part way through the show, the band played an Instagram message from a Kiwi fan who had requested a song – a nice touch to show that their Kiwi fan base counts.

5)      Meaningfully connecting with your audience – on top of heading out and playing a few songs on the long stage that extended into the middle of the crowd (those up front with the hottest tickets in town), the band also had another smaller stand-alone stage in the back section of the standing only areas. This was a really nice touch, bring the show closer to a big part of the audience who were half a football field away from the main action.

6)      Acknowledge and connect with people your customers respect – suddenly Chris broke into a rendition of Four Seasons in One Day, a Crowded House classic, then stopping and inviting Neil Finn to come up and join him on stage. A great Kiwi anthem with one of our iconic musical talents.

As a side note, Chris Martin also made a special trip to talk on The Edge radio station the day he arrived. He did this to make sure the New Zealand public were aware that Coldplay did not make the draconian rules around what you could or could not take in to the concert venue. Brand Coldplay, damage control in place!

My experience as a customer opened my eyes to how Coldplay connects with their fans, and the simple but very smart ways they make each audience in every country feel special.

These lessons learned don’t just apply to a world-famous band and brand on a stage in New Zealand. They could and perhaps should apply to any organisation which values customer intimacy. And it (should) make you think: what should your business do to have all customers walking away with a smile and their expectations exceeded? 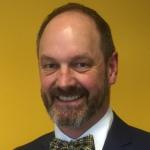