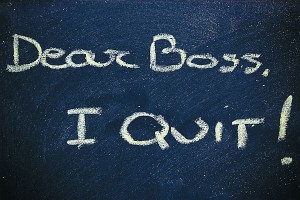 Retaining skilled staff is vital for the success of any organisation, yet each year many are leaving because of a widespread problem. HR departments spend considerable time and money recruiting people with the best possible mix of skills and invest heavily to ensure new staff ‘hit the ground running’. Comparatively little time is spent analysing why staff are leaving and trying to find the root cause of their frustrations.

“Alarmingly, one of the key factors that causes staff to leave an organisation is often overlooked,” says Peter Dickinson, chief executive officer of ERP software company, Greentree. “This hidden problem has nothing to do with compensation or working hours. It comes down to frustration with poor internal systems that are stopping people being effective in their role.”

Dickinson says that while the issue of poor systems has a significant negative impact on many organisations, it is not widely documented. Often, staff who leave do not receive an exit interview at which such issues could be raised. Instead, emphasis is put on finding replacements who then have to work under the same conditions.

“Anecdotally, I regularly hear from staff about how frustrated they are with an organisation’s existing systems. It seems that often little, if anything, is done to change the situation and so the frustrations remain and grow over time.”

Poor systems to blame for staff frustrations
Inefficient internal systems can come in a variety of forms. Some may have evolved over many years, while others are caused by poorly planned workflows.

Examples include repetitive tasks such as manual data entry or monotonous paperwork. Others might involve dealing with business systems that are not integrated, or having to constantly combine data from multiple sources to create a single overall report.

Some organisations attempt to overcome such frustrations through the introduction of new technology. While this can succeed, the danger in introducing multi-interfaces or multiple systems is that they don’t, or can’t, talk to each other.

“Anecdotally, I regularly hear from staff about how frustrated they are with an organisation’s existing systems. It seems that often little, if anything, is done to change the situation and so the frustrations remain and grow over time.”
Peter Dickinson, CEO, Greentree

Integration is key
Dickinson says it’s important for new systems to be comprehensive in their capabilities and properly integrated with other applications in use to allow data to be seamlessly accessed. He points to Greentree as an example of what a fully integrated system can provide.

“The underlying architecture of Greentree software means all its capabilities are fed by the one database i.e. one version of the truth,” he says. “From an HR perspective, its biggest benefit is not in managing employee leave allocation (which it does) but in the way it can remove many manual and onerous tasks – the very ones that cause staff frustration and loss.”

Freed from much of the administrative drudgery of manual or non-integrated systems, staff can focus their energies on more value-add activities. This could include improving customer service levels or planning for new initiatives. A well-integrated system should also have an intuitive user interface, as cumbersome UIs can be another source of employee frustration and stress. Some systems require long hours of training before new staff can effectively complete their duties.

“At Greentree, we have invested heavily in creating a UI that is easy to master while at the same time offering the flexibility and features needed by power users,” says Dickinson. “While introducing any new system is undoubtedly disruptive at every level we try to minimise this as much as possible. We pride ourselves on having developed software that lets the user dictate how tasks are done – not the other way around.”

Internal systems audit
To determine whether problems exist within an organisation the temptation is to launch an exhaustive review of all of the company’s systems and processes. But Dickinson recommends a different approach, focusing on the critical businesses processes – the 20 percent of what you do that impacts on most of your business. “Get that right and the rest will follow,” he says. “But you also need to remember that for staff to enjoy true satisfaction from their roles, it’s important they feel part of the wider objectives of the organisation.

“It doesn’t matter if it’s reaching a departmental monthly sales goal or showing how an individual’s input helped within the bigger picture. Recognition is vital.” He goes on to point out that these goals only become real if they can be accurately internally tracked and reported against – another tick in the box for a fully integrated system.

HR part of the discussion
“Too often business process related discussions are limited to those on the purely operational side of the business, but poor systems are proving to be much more of an HR issue than most people realise,” says Dickinson. “By including your HR team around the table when you’re reviewing internal workflows, improving existing systems and evaluating what you should report on, you will go a long way to ensuring these topics are fully understood in terms of employee retention and turnover.

If investing in improved systems and processes results in happier people and a more productive workplace then you’ll have solved some potentially major HR issues with an outcome that is both sustainable and cost-effective.”

Other Articles by Peter Dickinson

If the consequences of a failed software project were the same as for a bridge or building, there would be some significant piles of rubble, numerous casualties and a whole lot more court cases. By Peter Dickinson…

When it comes to computing solutions, it’s what they do – not how they’re delivered – that really counts. Duncan Campbell from ERP solutions provider Greentree takes a closer look at hosting ERP solutions in the cloud…