How IoT can enhance customer experiences 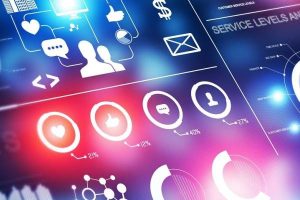 In today’s competitive landscape, businesses need to provide an exceptional customer experience that stands out in the marketplace…

Rather than following a one-size-fits-all approach, the most successful businesses are rapidly tailoring offerings for customers in real time.

The internet of things (IoT) has emerged as an effective method for providing real-time value. Across the globe, IoT deployments are rapidly gaining steam. According to analyst firm Gartner, there will be 20.4 billion connected things in use by 2020. Of these, 7.6 billion will be used by businesses. It’s clear that IoT will soon touch consumers’ lives in a myriad of ways – whether you realised or not.

With IoT growing rapidly due to the cost of hardware dropping and connectivity between IoT devices, cloud and on-premises systems becoming easier, many businesses are beginning to explore its benefits. As shown in a recent report, the top two technology trends that IT leaders are currently investing in or are planning to invest in are big data and analytics (57 percent) and the internet of things (52 percent). These two trends fit hand-in-glove. Especially when you consider that to enhance customer experiences, businesses need to not only collect data, but also analyse and put the data into context to make it actionable.

Connecting the layers of IoT
Successful IoT deployments consist of layers, including the devices that collect the data, the networks that deliver the data, and the applications that analyse and make sense of that data. While they need to work together as an integrated whole, it’s important that organisations future-proof their businesses by making the components modular. Essentially, the components need to be managed independently, given the rapid pace of technological change. This will allow components in place now to be altered or swapped out in relatively short order in the future, to take advantage of enhancements.

“It’s imperative that changes of any kind do not impact the different layers and cause everything to break versus bend.”

For example, IoT sensors may need to be replaced every few months, networks may need to be changed every few years, and legacy systems may need to be tapped into in various ways overtime. Whether changing an IoT sensor or tapping into a new data source, it’s imperative that changes of any kind do not impact the different layers and cause everything to break versus bend. For example, an organisation should be able to quickly plug in a new IoT device or easily swap out its network without having any adverse effects on the applications themselves. Additionally, it’s important that the data itself is held independently from any particular system, so multiple parties can use it in different ways. For example, data gathered from a motorway could be used to monitor congestion, provide real-time guidance for drivers, and also allow for more informed planning of new roads.

To design IoT infrastructure in a modular and agile fashion while democratising the data collected, organisations are starting to build application networks. Underpinned by APIs, application networks enable applications, data and devices to be plugged in and out seamlessly without negative knock-on effects. Therefore, when a change is made – something that is inevitable – there aren’t dependencies that would constrict advancement and evolution.

Another benefit with taking an API approach is that security is built in by design, as IT teams can regulate and enforce who has access to what data. Given security is a critical factor when designing and deploying IoT projects, there needs to be a way to not only identify the devices on the network and to confirm they should be accessing stored data but also authorise that the devices only have access to the data they require to complete their particular task.

Putting IoT into action
When it comes to IoT deployments, the retail sector is currently leading the charge. Using data generated by everything from intelligent vending machines and shop shelves to point-of-sale systems, retailers are able to gain insights into shopper tastes and habits previously not possible. With this new data, retailers can adjust everything from store layouts and stock mixes to match the requirements of particular customer groups. Where previously data would have been gathered for later analysis, IoT deployments allow this analysis and insight to happen in real time.

IoT-powered innovation is also being seen in a range of other areas. At Sydney’s iconic Bondi Beach, the local council has installed an IoT project comprising of network-connected rubbish bins. The bins monitor how full they are and communicate with rubbish collectors when they need to be emptied. Meanwhile, safety on Australian docks is being improved as a result of the rollout of an IoT project that tracks the position of staff and heavy machinery in real time. By using a combination of RFID tags, radar and wireless networking, staff movements can be monitored to ensure their safety is not compromised when heavy machinery is working.

Additionally, one of America’s fastest growing restaurant chains is analysing beer consumption with IoT sensors. By connecting its IoT flow sensors with its point of sales system via APIs and an application network, the restaurant chain is able to measure pour volume against sales transaction data to predict preferences and optimise inventory planning. As a result, the restaurant chain can improve the customer experience while operating more efficiently.

Looking forward, the role and value of IoT will continue to grow and deliver customer experiences not yet anticipated. With a thoughtful approach to designing and deploying IoT projects correctly now, organisations will enjoy significant added benefits in the future. 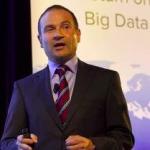 Other Articles by Jonathan Stern

How APIs are supporting a revolution in the financial services sector

Throughout the world, financial services companies are facing a period of rapid and fundamental change, writes Jonathan Stern, and APIs are emerging as a competitive necessity…

The benefits of an open data approach

The rising adoption of mobile technology in the business world, says Jonathan Stern, is causing growing challenges for IT departments…