Reskilling the older generation to finish their careers in tech 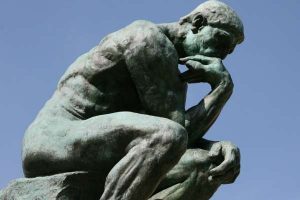 Having no prior tech experience shouldn’t stop us reskilling older, non-tech workers…

In many cultures and walks of life, our elders are held in the utmost regard, but that perception of the more senior members of our society hasn’t really been as evident in the tech sector, with its rapidly evolving nature regarded by many to be more suited to younger employees, who are considered to be more adaptable to change.

This age bias in the tech industry is not only confined to those seeking employment in the sector but also incumbents who fear that, as in the sci-fi classic Logan’s Run, they will be dispensed with once they reach a certain age (albeit, not terminally!).

Given that this sword of Damocles hangs over many senior members of the tech community that have worked in the industry all their lives, it seems somewhat incredulous that the industry would embrace the widespread intake of senior workers who have no prior experience in the tech industry. However, with the tech industry currently suffering from a global skills gap, reskilling older workers who often bring with them a wealth of knowledge and experience is something that the IT industry needed to have a serious look at. Fortunately, for the betterment of the industry, the idea is now gathering some momentum and support.

“We mustn’t only look to reskill those already working in the industry (although that is important) – the net must be cast wider.”

A million workers targeted in tech reskilling drive
Back in January, the World Economic Forum – with the support of founding partners Accenture, CA Technologies, Cisco, Cognizant, Hewlett Packard, Infosys, Pegasystems, PwC, Salesforce, SAP and Tata Consultancy Services – launched the IT Industry Skills Initiative. As well as looking to meet the challenge of the global skills gap head-on, the IT Industry Skills Initiative aims to help those already in the tech industry who stand to lose their jobs through automation to learn new skills that will enable them to retain a place in the IT workforce in the AI age.

Speaking at the launch, Klaus Schwab, founder and executive chairman of the World Economic Forum, said, “We need responsive solutions and coordination from all parts of society – governments, citizens and private industry alike – to re-envision an educational system based on lifelong learning that can fully prepare workers for the jobs of the future. This initiative is a clear example of industry leaders taking concerted, collective action to address a major social challenge at scale.”

Indeed, the World Economic Forum’s own report on workforce reskilling encapsulates the issue at hand, with one in four adults reporting a mismatch between the skills they have and the skills they need for their current job.

Specifically within the IT sector, the increasing presence of automation technology means it is imperative that staff are enabled and empowered to transform and update their skills. It is also critical that those with transferable skills from other industries can be attracted to help fill the new roles that will be created on the back of the Fourth Industrial Revolution.

While artificial intelligence and automation promise much, we must also have the people in place with the specific skills required to best utilise those technological advances. The success of AI in particular is dependent on how humans interact with this intelligent technology. In order to do so, we mustn’t only look to reskill those already working in the industry (although that too is important) – the net must be cast wider.

Not just an IT issue
The automation of job functions is not something that will be confined to IT industry jobs, far from it.

In fact, according to the report published in November last year by the McKinsey Global Institute, Jobs lost, jobs gained: Workforce transitions in a time of automation, as much as 14 percent of the global workforce (representing around 375 million workers) may be forced into a change of career purely as a consequence of the advances in digitisation, automation and artificial intelligence.

A large proportion of those displaced will be middle-aged, mid-career workers who will need to find gainful employment elsewhere. This represents a large challenge for economies around the world, but also an enormous opportunity for the tech industry to choose from this huge talent pool and provide them with the training they need to be successful in the new landscape.

Already, the likes of Google, Facebook and Amazon are offering courses to help non-IT workers secure roles in the industry. It is imperative that the rest of the tech industry does so too in order to capitalise on this available talent and ensure that the tech industry has the people in place that will be needed to continue to drive the sector forward. 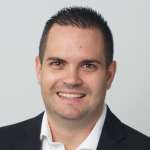 ABOUT KEIRAN MOTT//
Keiran Mott is CEO of Veritec