Everything you know is wrong – surviving the death of IT 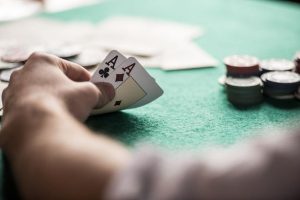 The last six months have seen rapid changes in the world of IT, giving Ian Apperley pause to consider the future…

Indeed, the changes are speeding up. It’s not just IT, it’s the world in general, we just like to lump technology into the “IT” bucket. Self-driving cars, EVoting, autonomous nuclear weapon response systems, fake news, flocks of attack drones, increasing cyberwarfare, more powerful personal devices, our digital assistants based on AI, are not around the corner. They are here.

So, what’s the problem? In a sentence, ‘everything you know is wrong’; admittedly, that’’s unashamedly stolen from an old website that was around at the beginning of the internet, disinformation.com (warning – that might be a little NSFW).

What set me on this track was a couple of things. First, I saw my customer’s IT shops becoming more disenfranchised by the day. Second, my work started to move into working far closer with business strategists where it had been the CIO before. And finally, a chance meeting on the street with someone who told me that ‘ITIL was dead.’

Isn’t that an interesting statement? The common way in which we deliver IT services may be dead. Now, I don’t think it is; however, it can’t move fast enough for business. A conundrum. ITIL at its heart is about providing common language and processes and ensuring that change is managed conservatively.

However, the world is moving faster and faster. So, for example, speed to market and the ability to pivot is the new competitiveness. Size is now a major inhibitor of your company. You must move fast.

So, while ITIL is not dead, yet, it must supercharge itself to adapt to the new paradigm.

It’s not just ITIL
I’m not picking on ITIL; I’m highlighting it as an example of how IT is under threat. If we want other examples of dying services then look at traditional IT careers such as Network Engineers, Security Analysts, Server Administrators, Service Desk, and the list goes on. All rapidly becoming redundant. Why? Lack of speed.

I want to start a conversation about how the industry is being impacted and what we can do to adapt to it.

Before we do that, I want to point out the theory of “Paradigm Shift.”

Thomas Kuhn coined the phrase “Paradigm Shift,” which explained how people deal with disruptive information, like the fact we don’t need more roads and climate change is a real thing. People explain it away if they can, refuse to accept the truth, rationalise it, and finally have a crisis moment where they get it.

In other words, try to keep an open mind as we head off on this journey.

Let’s talk about IT’s red spades. In the theory of Paradigm Shift, an experiment was used to highlight the psychology. It consisted of replacing a few cards in a playing pack with different colours. So, you could have a RED eight of spades, and a BLACK, seven of hearts. It confused people until they had that “oh my god!” moment of insight.

The red spades for IT
The way that we manage IT today is over. We must adjust our models. Gartner tells us that the Service Broker Model is what needs to be adopted and this is true. It’s the only model that makes any sense now and it will challenge our thinking.

This means that traditional IT departments are finished. The old command and control structure that worked, and was necessary, no longer does. The business is simply going around us and buying their IT services and plastering over the holes is a futile and expensive activity. This ship is sinking. Time to get a new one.

IT thinks it still has control, but it doesn’t. A recent survey discovered what we have known for some years, Shadow IT makes 40 percent of decisions around technology. I suspect it is a lot higher. Business is interacting directly with new technology companies.

What this means for YOU
Most of us need to seek advice right now to retrain and reskill. I moved away from Infrastructure about four years ago because the writing was on the wall. All that knowledge, built over a decade, is completely redundant now. What is left is experience, aptitude, and insight.

And insight is very, very important, remember that.

We do projects wrong. We must change that. An IITP report last year suggested that something like 95 percent of software projects over about $11m failed.

Monolithic and otherwise ERP systems are dead; Gartner tells us that ALL ERP projects will fail by end 2018. That’s from Gartner, who are usually conservative. ERP is dead.

Most countries, including New Zealand, are not supporting technology well, and, the transformation of technology systems to help citizens isn’t good enough. It’s not black and white: there are great examples of where it does work, on balance, though, we need to change it.

If we, as technologists and more and more business advisers, do not adapt, then we will be (if we are lucky) receiving a Universal Basic Income and sitting on a beach somewhere (the Universal Basic Income is increasingly becoming a thing. Countries are recognising that technology is now taking people’s jobs. Couple that with the fact that the large technology companies are not paying their fair share in taxes, anywhere, and we have an issue.)

The question now is how do we adapt? Personally, politically, as technology groups, projects, government agencies, and private business.

You may think this is all doom and gloom; I don’t believe that. The opportunity for technologists is fantastic. We just must adapt and embrace it. The technology coming in the next few months and years represents the opportunity to return to what got us into this business.

Curiosity and creativity. We have insight, machines do not, and will not for a very long time. That’s part of the key to our survival. 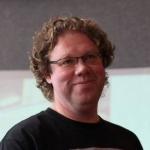 Ian is a director at Isis Group, a boutique consultancy that deals with strategic technology change along with advising startups, large companies, and government agencies on future business models.

Other Articles by Ian Apperley

Everything you know is wrong: Radicalising IT

He’s tackled the death of IT, now Ian Apperley muses about how IT should be ‘radicalised’ to stay relevant…