Opinion Articles > Wellington is a Smart City of the future

Wellington is a Smart City of the future 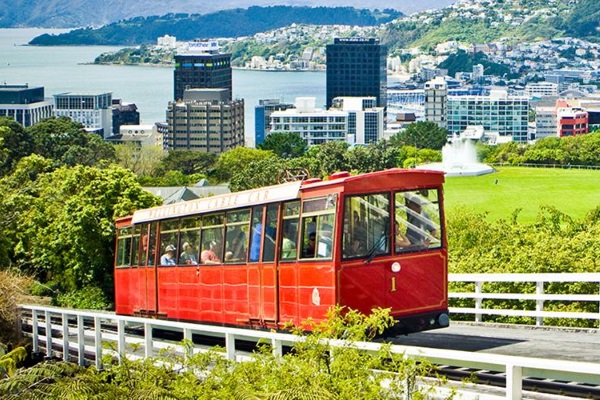 The smart city experience is revolutionising the relationship between professional and city, writes Sean Audain…

Wellington is a small city internationally; with a fabric containing a metropolitan population of somewhat less than half a million, yet even this small body contains systems of almost dizzying complexity. From the interactions of traffic and economic circulations, to the breathing parks and street trees the city as a body has been a powerful metaphor since at least St Augustine wrote his famous decoration, “Every City is a Living Body”.

But what is the “Smart City”
The “Smart City” is generally a label for a series of technologies which sense, aggregate and express the digital imprint of the lives of our city. The technologies behind the smart city for the first time give us the prospect of measuring the circulatory systems and parts of our cities, understanding how these various systems interact change and grow.

Just as the x-ray, CAT scan and DNA sequencer allowed us to see, understand and treat the previously invisible parts of the living body, so now we can see and understand the invisible systems which create and power our urban environment.

Medicine underwent enlightenment as the theories behind how systems worked were empirically tested and reshaped to the benefit of patients, cities and their governments now stand at a point where doctrinal certainties in professions such as Urban Design, Transport Engineering, Urban  Planning and Economics can be tested, calibrated and reshaped.

The disruptive power of the smart city can be most easily seen in how we understand our streets. When a change is looked at for a street often the first step is often to begin traffic modelling. The gathering of vehicle counts is combined with modelling assumptions and a synthesis of the future produced.

Only, it isn’t, generally.

Normally there is good data about the number of cars, trucks and other vehicles from mechanical counters- but far lower quality data on the number of cycles, pedestrians and actual number of bus passengers.

There is even less understanding about how those people are moving through that space – a vital component as the way people interact with the edges of streets is the difference between a successful retail environment or neighbourhood and a traffic route.

Smart Cities can change this by measuring all modes, all the time, and gaining some idea of how people are behaving in a space – do they walk through or do they stop and sit? What difference does an event make? How do people in cars interact with people on foot?

Moreover, machines don’t get tired, so information can be used from every hour of the day to understand how environments work, all the time. This is why Wellington has been concentrating on testing reliable crowd measuring systems, to understand pedestrian behaviour and ensure that people are present in every decision, no matter what their mode of transport.

Doctor-Patient relationships
As the amount of information gained about our city grows, it is inevitable that the relationships with which the city is governed and built will begin to change. At present, when I visit the Doctor, I consult an expert partner in my health, a far cry from the authority figure to be obeyed of yesteryear.

The same process will happen with our city. In Wellington, the Smart City is fused with the concept of open data. The data is from the city, it was collected by the city democracy, and it belongs to the city.

This idea of openness gives equal access to everyone, meaning officials, politicians and public all have access to the same data and are free to use it, driving transparency, innovation and rigour in argument. The Urban Conversation changes as it becomes more symmetrical between professionals, public and governors. Like medicine our urban system will become more people centred, less reliant on the mystique of expert opinion.

Implicit in this changing relationship is a change in the demand for data. In a world of Google there is an expectation that the answer is out there and checkable, which creates ever greater demands on Urban Professionals to know. As this data grows, the information the professions generate becomes more transparent, the observations vs modelling data decisions are made on become obvious.

The conversation we have with communities and governors changes from “Trust me I am an expert” to “This is why you can trust me” – A small change, but fundamental.

Confidentiality assured
This is not to say all data can be opened indiscriminately – just as doctors have confidentiality with patients, these systems must be designed to protect privacy by design – by not collecting information which can identify individuals, and where this is unavoidable, making sure it is handled in such a way as to mitigate this risk. This brings those urban professionals into new realms of privacy, but there is significant help available through Agencies such as the Office of the Privacy Commissioner – who provide tools and guidance such as privacy impact assessments to help navigate this sometimes complex and misunderstood area.

The question in all of this for those professionals who work in the “Urban” fields becomes where do we fit in? There will be considerable disruption as more and more data on our urban and natural environments becomes available, for comparatively little effort.

This disruption varies from the costs of consent monitoring activities being driven down and made standard by citywide sensor backbones, such as the previous Kite system in Wellington, and by newer, lower cost sensors. (Kite in essence provides both the network connectivity and hardware required to deploy and manage sensors, and the data they generate. It can be used to monitor such things as air quality, noise, pedestrian movement, parking and even graffiti.) [NEC advise that their Kite System no longer exists.]

Operationally this could be transformative in mitigating effects such as noise, runoff and sedimentation. In terms of policy it could provide the feedback loop needed to make the Resource Management Act and other Environmental Statutes function in a more agile way and at a bearable cost.

From a transport planning point of view the ability to understand all modes of traffic, all the time will transform the accuracy and predictive qualities of traffic models, as detailed streams of data become available.

For Planners and Urban Designers, the success of environments can be much more quickly and completely understood- in my own work processes undertaken over weeks and months by Planners such as William Whyte can now be completed in minutes using machine learning, immersive 3D VR environments and spatial datasets.

This condensation of effort and ubiquity of data is going to change our urban professions considerably – from the changing value of institutional knowledge to the way career progression currently operates.

Cities as Art
The disruption caused by the smart city to the doctrines and theories with which we build our cities will be immense, but it will not replace the need for them. We will always need ideas to guide our urban future as our ever-growing cities continue to evolve.

Ideas like the city beautiful, which reshaped Chicago in the early 20th century, more local examples like the garden city’s movement which left us with Woburn or the Art Deco City of Napier speak of a higher ideal, a transformation from the reality of their time. In this respect, the “Smart City” and its technologies can greatly assist in making our city’s more rational, responsive and liveable places, they will not substitute for a vision of a better tomorrow. Perhaps the greatest thing the smart city could do is free us of the strictures of our current urban Theory Doctrines and design practices and leave us free to reshape a modern idea of a better city.

So where are we now?
Throughout Wellington’s experience with the Smart City the emerging theme has been that this is a city project, not a tech project. By constructing deep relationships with our technology partners, our communities and the various public agencies to work to common city outcomes we have managed to address real city issues such as begging, pedestrian flow, parking and street environment experiences.

Often the problems of our city, like any city are jurisdictionally messy – with parts of the problem crossing agency boundaries- but by creating modulated, scalable solutions we have found ways to work effectively for common benefit – and develop and deploy some amazing technology along the way.