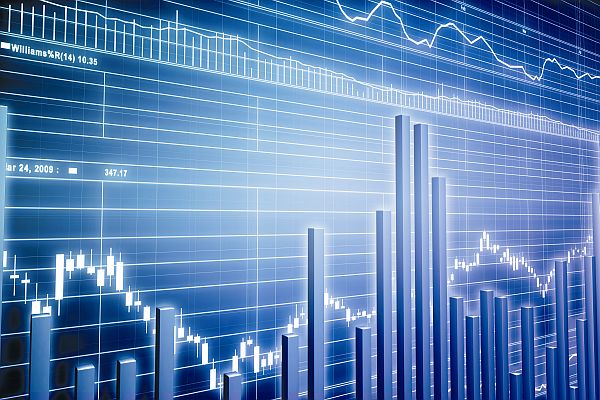 The recent flurry of tech listings across the ASX and NZX has created a liquid market for A/NZ business software stocks. In the first of a regular series, Hayden McCall sets out to keep track of their fortunes…[View as PDF]

The well-reported success of software IPOs in the US and the apparent rash of overnight billionaires have helped raise the confidence and ambitions of several local software companies to use the stock market to raise capital.

At the top of the market, MYOB has joined Xero with its recent IPO delivering a market capitalisation of around A$2bn, and raising A$832m cash, correcting MYOB’s pre-IPO debt position. Xero still has the market’s favour with a valuation of A$2.6bn and plenty of cash in the bank, but the slide in share price along with recent changes in the senior executive suite and challenging US prospects have the investors in a wait-and-see mode.

Behind the big small business accounting stocks sits TechnologyOne. The ERP vendor has continued a strong performance winning government business across A/NZ. Orion Health is another recent listing using the funding to support growth and R&D efforts to deliver on global ambitions in hospital practice management. Crime fighting, cinema management, utility billing and search engines round out a software portfolio that is well diversified across industry sectors.

Below summarises the major company news and announcements from the top stocks by market capitalisation. For dual listings, the ASX listing has been quoted.

Disclaimer: While every endeavour has been provided to report factually, commentary on individual stocks herein represent only a summary view and should not be relied upon as a complete picture of any company’s market position. iStart does not advise upon or recommend any particular stock. Investors should seek advice from their usual advisors. 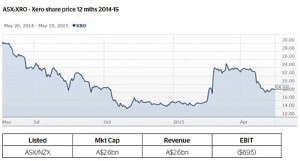 Xero on hard US slog
Cloud small business accounting provider Xero suffered a couple of sudden changes in the executive suite with both the Group CFO (based in the US) and Head of North America resigning after short tenures. Xero’s growth is reliant on the US market where it faces stiff competition from large mature alternatives, who now offer similar cloud-based solutions.

A $69.5m loss almost double last year’s result and was up to 25 percent below analyst expectations. The company has responded to ASX reporting requirements saying the result was misreported and that EBIT is not a key performance metric for a growth-focused SaaS company.

Paying customers grew 67 percent to 475,000 and annualised subscription revenue will increase 71 percent for the 2015-16 year. Cash reserves are solid at $267m. 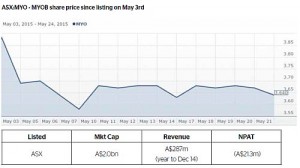 MYOB cashes up
The small business accounting provider recently raised A$832m in an IPO after re-listing on the ASX in May (2015). The company was de-listed in 2009 after a private equity deal, and subsequently sold to Boston-based Bain Capital, which retains 57 percent. The listing helped fund the hefty R&D spending needed to create MYOB’s cloud offerings which allowed it to compete in the now cluttered SaaS market segment. While it is the largest Pacific provider to this sector with 1.2m A/NZ customers, it competes vocally with Xero as new businesses migrate fully to the cloud. Over recent years, the company has grown through the acquisition of Banklink, PayGlobal and, last month, ACE Payroll. It recently announced MYOB Advanced, which is a local A/NZ version of the US cloud-based ERP Acumatica, specifically targeting cloud uptake in the mid-market against NetSuite and alongside its desktop-based EXO product. 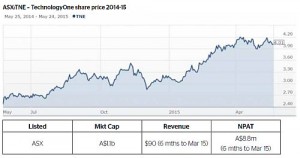 TechnologyOne keeps it local
ERP provider TechnologyOne continues to enjoy strong growth in the local government sector across A/NZ. It reported revenue of A$90m in the 6 months to Mar 31st 2015, with profit down 10% to A$8.8m. The company has recently acquired mapping and e-planning software businesses which will be integrated as it migrates to a mobile-first cloud-first infrastructure. 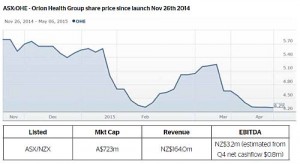 Orion waiting on refresh
New Zealand health software and services company Orion Health Group listed on the ASX and NZX in November 2014. It recently reported revenue growth of 7 percent to $164m for the year ended 31 March 2015. Orion made headlines after its IPO when it hit the NZ$1b market capitalisation mark on its second day of trading, but has seen its share price fall below that of the initial IPO and continue a steady decline in the first months of the first quarter after it reported lower than expected revenue. The company is focused on growing its share in the lucrative health sector, but growth has been slower than expected as prospective customers await a promised new release. 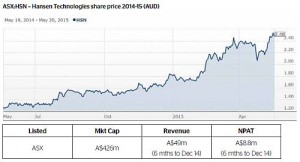 Hansen Technologies gets strong billing
The global billing and customer care provider is reporting strong growth as it extends its global footprint across its utility, pay TV and telco verticals. Latest revenue results for the 6 months to Dec 2014 were up 19 percent on the previous year, with NPAT up 22 percent. The recent acquisition of European company Telebilling for A$150m has grown its Tier 1 and 2 customer base, partially funded by the issue of new shares to existing holders. 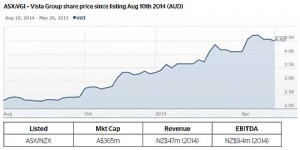 Vista Group earns applause
The cinema management systems provider has grown strongly organically and through product extension into cloud solutions and marketing data services, and through acquisition of an event ticketing business.

The year to Dec 2014 exceeded revenue and profit forecasts with group revenue of NZ$47.2m, NZ$2m higher than set out in the prospectus. EBITDA for the Group was NZ$9.4m against a target of NZ$8.9m. The company is looking to the US market with ambitious growth plans helped by a healthy cash position of NZ$28m as at Mar 2015. 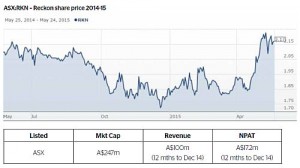 Reckon delivers One
After many years as a reseller, the small business accounting provider has carved out a presence with its own software portfolio after securing the rights to its A/NZ version of Quickbooks, now Reckon Accounting. The product had been developed while under license from US-based owner Intuit, with which it now competes, along with Xero. It has recently announced Reckon One as its latest HTML 5 version. The organisation faces similar challenges in differentiating itself in a cluttered market of comparable offerings, and seems to be choosing price to do that. 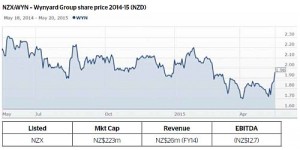 Wynyard fights the good fight
Crime analytics software provider Wynyard reported revenue of NZ$26 million in FY14, and is forecasting strong revenue growth based on secured contracts and a forward looking qualified sales pipeline to reach revenue in the range of NZ$40-45 million for FY15. Staff growth from 228 to 330 full time employees by the end of 2015 will support this, with a large national security solution to roll out and a new distribution agreement signed to engage with US law enforcement markets. Wynyard is seeking a dual listing on the ASX. 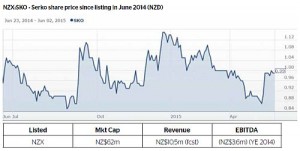 Serko a bumpy ride
Corporate travel and expense software firm Serko announced in March a reduction in sales forecasts – its first announcement since listing in June. Slow migration of recent customer acquisitions that added another 6,000 customers to its expense management software were blamed for a 4 to 6 per cent downgrade to its NZ$11 million forecast. Serko’s net loss for the full-year would be in line with its guidance, the company said. It expected to fall 8 percent shy of its NZ$8.3m sales forecast for the following six month period, with the strength of the New Zealand dollar against the Australian dollar contributing to half that shortfall. Most of the company’s customers are Australian.

SLI grows e-commerce footprint
Website search engine SLI grew its annual recurring revenue 34 percent in the year to Dec 2014. While this was aided in part by favourable movements of the US:NZ dollar, significant year on year growth in customers and activity also contributed. This strong performance reflects a continuing appetite amongst retailers and other online businesses for solutions that will help increase top-line sales and therefore bottom-line profit. Half-year operating revenue in the six months to 31 December 2014 rose 26 percent to $13.3 million from $10.6 million in the same period the prior year.

Share price source: www.morningstar.com.au. Prices quoted as at 20th May 2015.
Share prices are correct at the time publication. iStart does not warrant the accuracy of any information presented above.

Power to the people: the rise of virtual personal assistants

In a world where your data is considered fair game for marketers, Brian Blau says the virtual personal assistant could give power over information back to the people…

Massive technology-led disruption across all industries globally, driven by the rapid proliferation of connected devices and services, is moving everyone and everything towards a state of ‘connected everything’…