Around the world, businesses are embracing automation 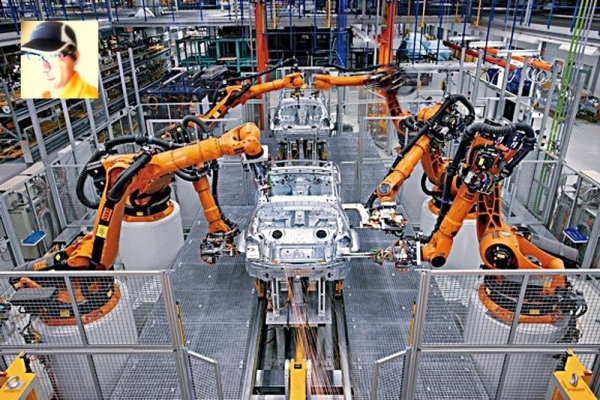 Grant Thornton International’s latest Business Report reveals the scale of technology’s influence on business with the majority of firms surveyed now planning to automate operations and practices. With capital costs low as labour costs rise, the findings pose fundamental questions about the extent to which machines will eventually replace humans.

As businesses consider whether to invest in staff or machines, for many the latter is becoming a more cost effective option. Globally, over half (56 percent) of firms surveyed told Grant Thornton they are either already automating business practices or may do over the next 12 months. By industry, 43 percent of manufacturing firms said they expect this to eventually replace at least 5 percent of their workforce. Cleantech was in second place on 39 percent, followed by the technology and food & beverage sectors on 35 percent. At the other end of the spectrum, just 9 percent of hospitality, education and healthcare firms expect 5 percent or more of workers to be replaced.

However, Michael Worth, Partner, Business Transformation at Grant Thornton New Zealand says, “While there will be job losses as technology transforms both the private and public sectors, technology will also enhance the skills and capabilities of humans. Our findings suggest that workers will be able to take on new roles and responsibilities created by increased use of technology”.

Globally, 54 percent of automating firms expect to redeploy workers in other areas, with 28 percent stating that workers will be trained to operate new machinery. Even in manufacturing, 44 percent plan to redeploy rather than remove staff. This is particularly the case in New Zealand – executives surveyed said that their people would either be deployed to other areas (44 percent) or trained to use new technologies (28 percent). And when asked their principal motivations for considering automation, 39 percent of New Zealand respondents identified freeing up staff for higher value add tasks.

Steve Perkins, global leader for technology at Grant Thornton said, “The roles reserved for humans could look very different years from now. Some will feel the effects more sharply. Driverless cars could render taxi drivers unnecessary, while Yahoo Finance recently announced its newsroom would be going fully automated, removing the need for human journalists. The taxi drivers and journalists of today could be the quality control analysts or machine servicing staff of the future. Automation in the first industrial revolution made us stronger, automation the second made us faster, and in the third we will have tremendously greater insights. The possibilities are enormous.

“History has proven that workforces are resilient and adaptable but the rise of intelligent machines, analytics and a ubiquitous ‘internet of things’ pose significant opportunities and challenges. No sector or profession is immune. Increased dialogue between governments, businesses and education institutions will help us better understand where gaps in the labour market will exist, to ensure we have a pipeline of people being educated and trained to fill those roles.”