Vendor Contributions > Commerce Commission > If you can’t back it up, don’t say it

If you can’t back it up, don’t say it 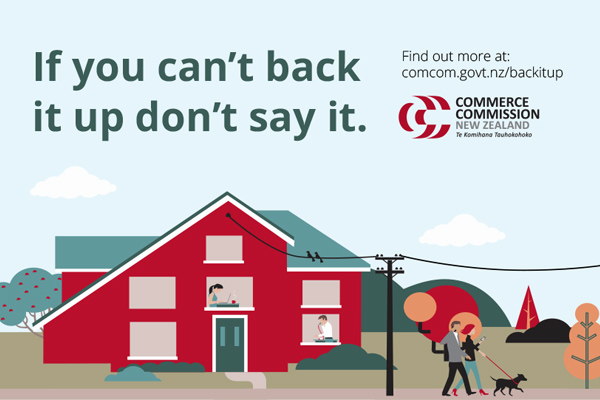 Significant fines can result if businesses don’t back up the claims they make, and a Commerce Commission video is intended to help traders do exactly that…

In May 2017 Topline International Ltd and its principal shareholder Jeffrey Cook were fined a total of more than $500,000 for claiming – among other things – that its NatureBee pollen was “made in New Zealand” and from “the hardworking bees of New Zealand’s pristine wilderness”.

In fact, the bees and their pollen were from China. The judge in the case said “the untrue statements are blatant fabrications and lies.”

This case is among several featured in the Commission’s new video, providing guidance to traders on false, misleading and unsubstantiated representations, and how to avoid making them.

The Commission’s new video is called ‘If you can’t back it up, don’t say it’, and it is intended to help traders avoid making claims that will land them in the courts.

“Consumers must rely on what the trader says when it comes to product composition, or claims such as ‘organic’, ‘free range’ and ‘Made in NZ’. Traders have to be able to back up such claims, so the key message of the new video is ‘if you can’t back it up, don’t say it’”, said Commissioner Anna Rawlings.

“Every day consumers are hit with countless claims like ‘Made in NZ’, ‘free range’ or ‘organic’ and asked to take them at face value because they have no way to verify that sort of claim,” said Commissioner Anna Rawlings.

“If those claims are misleading, they are harmful to consumers because consumers may pay a price premium for characteristics of a product that do not exist. They’re also harmful to competition because they give an unfair advantage to dishonest traders. Finally, they can have an impact on New Zealand’s reputation with tourists and in export markets,” she said. One of the Commission’s current priorities is representations about food products and nutritional supplements.

“If it’s difficult for consumers to verify claims made about a product, it’s easy for them to be misled. In particular, we will be paying attention to food products and country of origin claims,” said Ms Rawlings.

The new video is part of its effort to help traders avoid making claims that may fall foul of the Fair Trading Act.

“As we say in the video, all the claims businesses make must be accurate, and they must be able to back them up. That’s especially true if they are claims that consumers can’t check for themselves,” said Ms Rawlings.

“For example, if you’re selling free range eggs or organic chicken, or making similar claims, don’t just use those words. Make sure you can back them up with facts from credible sources, such as from an independent certifier. The best proof might be to track the product back to the factory, but at least, retain records to show what you ordered and were promised,” said Ms Rawlings.

“Traders must be able to back up their claim when it is made. Figuring it out later won’t get them out of trouble,” said Ms Rawlings.

The ‘if you can’t back it up, don’t say it’ rule of thumb also applies to false or misleading representations. They are prohibited under the Fair Trading Act and the Commerce Commission has taken plenty of prosecutions for such claims.