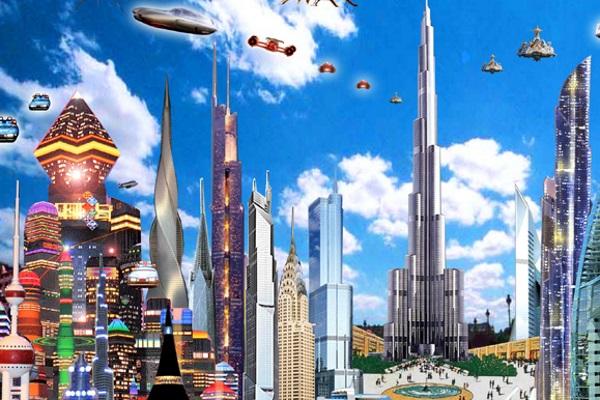 For businesses that want to improve performance and grow, change is inevitable. Managing that change represents a big challenge – and some of the biggest challenges come when introducing new technology.

Unfortunately, technology that brings beneficial change is often labelled as ‘disruptive’. It is also unfortunate that most people view ‘disruptive’ as being something negative. It’s not meant to be that way. Disruptive technology has been with us throughout history and has made lives better. The wheel replaced walking, electricity replaced gas lamps, the automobile replaced the horse, and so on. Of course there were naysayers (owners of livery stables and gas utilities, for instance), but the benefits to people at large were so compelling that general adoption was only a matter of time. The game changed. 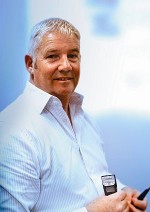 The changing user
The rapid evolution of the technology user has also brought another challenge for game-changing technology.

With the explosion of devices in the last five years, technology has become an inseparable part of peoples’ daily lives. Smartphones, tablets and laptops are everywhere, and everyone wants the software they use at work to have the same ease of use that they experience in their personal lives. They want to be able to access their business system on multiple devices, wherever they are, and they want to be able to configure their workspace to suit the way they work – no one else.

This means the average user’s expectation about business software has changed considerably; and if a system is perceived as being hard to use then it rapidly moves into being a game-breaker. What was once the realm of a few power users – accessing, entering and extracting information out of your major business system – is now available to everyone in the business. It doesn’t matter what your role is, or where you fit in the company; your interaction with its business engine has to work the way you want it to and respond as you expect.

Barriers to game-changing
When disruptive business technology is embraced as a game-changer, the benefits can be many and varied: tedious, repetitive tasks are automated; staff can focus on more productive work; paperwork is reduced if not eliminated; customers are better served and informed; easy self-service is expected. But it’s not just business systems and processes that are transformed; entire business models can be turned on their head. This results in a dramatically different way of working – think e-commerce, supply-chain automation and the way we all don’t think twice about doing our banking online.

However, some attempts at game-changing instead become game-breaking. The new technology fails to deliver what it promised; instead it creates more hassles. Familiar processes become complex, users can’t grasp the different way of working and the problems take too long to fix – if they get fixed at all. The results: frustration, lost productivity and wasted money.

The software industry is also good at developing technology for the sake of simply being disruptive and hoping to create a new market for itself. You may not need their shiny new thing at all, but in pushing it onto the market, new sales are created. While a sea of disruption may flow in its wake, the industry and its early adopters have already moved on. These false dawns can make it very difficult if you are a customer. Do you wait to see if it’s a game breaker or let the early adopters change the game and reap the rewards?

The reality is that introducing new technology is seldom without a level of discomfort, especially for those who are used to doing things a certain way and reluctant to change. The benefits of change, therefore, must be demonstrable and compelling. The focus should be on giving you, as a customer, what you want, then showing you what you actually need and how to benefit from using it. By astutely observing customers’ problems, developers and vendors can create new and unique solutions that the customer didn’t envisage – game-changers. That’s certainly Greentree’s philosophy. Sixty percent of our development work is customer-led; the other 40 percent is customer-leading.

Technology owned by all
Implementing the software shouldn’t be a nightmare either; user engagement is crucial when introducing disruptive technology. All users of the system should have a sense of ownership and their input sought to fit the system to the way they want to work. If today’s savvy user is forced to make changes they don’t want and the new system ends up actually making their job more difficult it becomes a game-breaker.

“The software industry is also good at developing technology for the sake of simply being disruptive and hoping to create a new market for itself. You may not need their shiny new thing at all, but in pushing it onto the market, new sales are created.”

It’s also important to remember that game-changing is an ongoing process. We didn’t stop after we invented the wheel; so it is with business systems. Improvements and upgrades are constants in complex ERP systems; nobody invests in a business engine as a short-term fix, so it should be built with the expectation of change. By that I mean constant, incremental change that keeps pace with the shifts in other technologies, business models and devices.

Some vendors try to get around this by bolting on bits of new technology to the existing system. Often these aren’t fully integrated and while they appear game-changing on the surface, the lack of true connection across the system and the requirement for separate upgrades can take its toll – and so another game-breaker is born.

The bottom line in all of this is that game-changing technology, by its very nature, should be disruptive – but in a good way. Creating positive change within an organisation to deliver system and process improvements that lift productivity and performance can only be beneficial. But my message is that being disruptive does not have to cause disruption; look for systems that are designed to grow with your business, that are easy for today’s user to adopt and don’t require a massive upheaval every time an upgrade is delivered.