Vendor Contributions > Vendor - media release > Global IT spending down, yet simultaneously up

Global IT spending down, yet simultaneously up 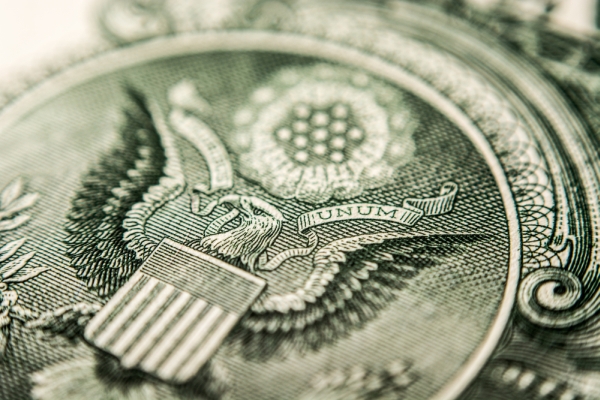 Worldwide IT spending should total $3.5 trillion in 2015, a 5.5 percent decline from 2014, according to the latest forecast by Gartner…

However, despite being down, the analyst said the market is actually up. That’s owing to the vagaries of currency fluctuation, with analysts attributing the decline to the rising US dollar, quickly damping suggestions of a downturn by saying ‘in constant-currency terms, the market is projected to grow 2.5 percent’. iStart’s initial response is ‘It’s all Greek to me’.

In Gartner’s previous forecast in April, it had forecast IT spending to decline 1.3 percent in U.S. dollars and grow 3.1 percent in constant currency.

If that has you scratching your head, Gartner’s Sydney-based research VP Derry Finkeldey steps in to help. “Currency fluctuation is always a factor particularly in Australia; we’ve seen the impact go both ways. In the past, a weak dollar increased buying power, now it has gone the other way. The present strength of the USD now impacts on local providers, so they will have to take a hit on margin or increase their prices,” she said.

The most significant impact of that strength, she added, is a likely impact on local business confidence. “That makes a difference in terms of whether firms are hiring or not, whether they are investing or not. However, we are still seeing robust demand [for IT] from most of our clients and there is a lot of interest in innovation.”

In a statement, Gartner research VP John-David Lovelock took pains to deflect obvious conclusions being drawn. “We want to stress that this is not a market crash. Such are the illusions that large swings in the value of the U.S. dollar versus other currencies can create,” he said. “However, there are secondary effects to the rising U.S. dollar. Vendors do have to raise prices to protect costs and margins of their products, and enterprises and consumers will have to make new purchase decisions in light of the new prices.”

The Gartner Worldwide IT Spending Forecast said communications services will continue to be the largest IT spending segment in 2015 with spending at nearly $1.5 trillion. However, this segment is also experiencing the strongest decline among the five IT sectors. Price erosion and competitive threats are preventing revenue growth in proportion to increasing use within most national markets.

In the device market, mobile phones continue to be the leading segment, with growth in Apple phones, especially in China, keeping overall phone spending consistent. However, overall smartphone unit growth will start to flatten.

The PC and tablet market continues to weaken. The expected 10 percent increase in average PC pricing in currency-impacted countries is going ahead, delaying purchases even more than expected. Excessive PC inventory levels, especially in Western Europe, need to be cleared, which will delay Windows 10 inventory in the second half of the year.

Within the data centre systems segment, storage and network markets are both expected to see weaker growth in U.S. dollar terms as a result of the appreciation of the U.S. dollar. Enterprise budgets for data center systems in local spending are expected to remain stable for the year, with users expected to extend life cycles and defer replacements as a means of offsetting the price increases. The overall near-term data center weakness is slightly offset by a more positive outlook for the server market. The server market is benefiting from a stronger-than-expected mainframe refresh cycle, as well as increased expectations for hyperscale spending.

Enterprise software spending is forecast to decline 1.2 percent in 2015, with revenue totaling $654 billion. Gartner analysts said many software vendors will try not to raise prices because software as a service (SaaS) is about market share, not profitability. Raising prices could take software vendors out of a sales cycle, and these vendors don’t believe they can afford to lose a client.

IT services spending in 2015 is projected to decline 4.3 percent. Gartner expects modest increased spending on consulting in 2015 and 2016, as vendors have demonstrated their ability to stimulate new demand from buyers looking for help with navigating business and technology complexities, particularly related to building a digital business. However, the forecast for implementation services has been slightly reduced. Increasingly, buyers prefer solutions that minimize time and cost of implementation, driving demand for more-efficient delivery methods, out-of-the-box implementation, and lower-cost solutions.

“IT activity is stronger than the growth in spending indicates. Price declines in major markets like communications and IT services, and switching to ‘as a service’ delivery, mask the increase in activity,” Lovelock said.