News > Why Theta’s putting the big bucks into BI

Why Theta’s putting the big bucks into BI 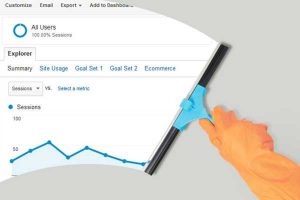 Gartner’s tipped it for big things. Everyone’s talking about it, and quite a few are actually doing it. Data analytics is a big deal these days, and with a team of 70 specialists, Theta is positioning itself as among the leading organisations which can make better information use a reality in more New Zealand companies. But while awareness of the potential power of data is high, the actual use of it tends to be lacking.

But before we get on to that, Theta is itself an interesting company and one of the few left standing tall after the consolidation which has swept through the ISV and software reseller market in Australia and New Zealand.

While many of those service providers have wound up in DXC Technology via a long and winding route which may have seen ownership change from ‘private company’, to UXC, to CSC and on to DXC – enough to make one’s head spin as an observer, let alone for any customer – Theta has been Theta since 1995.

CEO Rob Lee said the company has, in the past decade, gone from being a $6 million business, to $9 million seven years ago (when he became CEO), to reporting revenue of $32.2 million in the past financial year. “We’re a bit unusual for a private business in that we voluntarily report on our performance. That’s because we’ve got nothing to hide and we’re proud of what we’re doing in the local market,” the forthright Lee told iStart.

It helps to have a good story to tell, naturally, and Theta has broken that story down in a set of, certainly for shareholders and quite possibly for customers, pleasing numbers. In the financial year just ended it has 213 customers, is nationwide with 3 offices (in Christchurch, Auckland and Wellington), employs 184 people who on average stay with the company for ‘4.38 years’, and delivered 969 projects.

While a good portion of growth, and customer acquisition, has been on the back of Theta’s award winning NAV practise, increasingly, those projects involve data and analytics. Gary Blumgart heads up the Theta Analytics division which has over 60 consultants, including data scientists. He said the team focuses on data warehousing and analytics, since – naturally – there is no analytics without data first.

“You have to be careful when talking about analytics, as it means different things to different companies and people. Some will mean reporting, some will mean data visualisation. In general, we mean predictive modelling, data visualisation and self-service analytical capability where people can mash up data sets and analyse it without having to go through the constraints of IT,” he said.

He agreed that, in line with Gartner’s forecasts of strong growth in this environment, there is considerable demand. “It is on everyone’s agenda, particularly advanced and predictive analytics – but it takes time and depends on platforms, skills and technology.”

Blumgart said that outside of the ‘analytics’ buzzword, companies need to understand the value that they are seeking from analytics and assess whether it will deliver advantage. “Some have invested in big data or data lakes, but few have understood the value [or, indeed, achieved anything notable from it]. Now, more organisations want cost/benefit analysis first.”

Lee added that Theta is one of few Kiwi companies big enough to invest in data scientists (and its own research and innovation department, into which he said the company channels around 1 percent of its turnover).

Continuing, Blumgart said the structures for analytics solutions tend to be in place, but the actual use of data is lacking. “Data warehousing is commoditised; most companies need one and they have it. What they are not yet doing is leveraging their data well. Just storing it is one thing, analysing it quickly and when it is important is another.”

As for Theta as a whole, Lee said it intends to maintain independence (and sees some advantage in being a provider ‘small enough to care but big enough to deliver’). “We will most likely expand by acquisition of relatively small companies that we think help us provide things that our customers value. That gels with our desire to provide interesting work for our staff.”

He also explained what propels the company: “The founders of this company got it started because they are cool people who liked to do cool things. That’s an ethos we retain to this day; we provide an environment where our people can excel – at solving problems, or just doing cool stuff.”