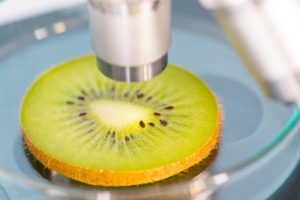 AsureQuality provides food safety and biosecurity services to the food and primary production sectors worldwide. With 1700 experts based in over 100 locations throughout Australasia, Singapore, Saudi Arabia and China they assure the safety and quality of food being produced for millions of people. Placed in a very competitive industry AsureQuality need to stay ahead of the game and remain a strong competitor by increasing efficiency and driving costs down by 10-12 million dollars a year.

Facing the challenge of an aging intranet product which was end of life and difficult to use, AsureQuality was looking for a way to get the most out of their Office 365 investment and create greater collaboration and communication amongst their staff across different geographical locations.

The opportunity
AsureQuality faced a challenge of having very siloed teams and many silos of different knowledge meant that people within AsureQuality did not have visibility of what was happening in different parts of the organisation.

Darren Wilson, CIO at AsureQuality says, “This wasn’t really a technology project for us; it was a real people focused project”.

The intranet is dead: Long live the digital workplace
An out of date intranet which staff were not using, yet took dedicated people to keep functional, prompted AsureQuality to find a lighter, easily maintainable solution to run in conjunction with Office 365. Intergen proposed the use of their Office 365 accelerator, SNAP 365, which would enable AsureQuality to quickly and easily get a digital workplace portal up and running, allowing them to reap the benefits almost immediately.

Built on top of the array of capabilities provided by Office 365, SNAP 365 provides a single, unifying canvas – bringing contextualisation and personalisation to the Office 365 picture. Beginning with an extremely engaged stakeholder group at AsureQuality made it easy for Intergen to start a set of workshops introducing Office 365 and SharePoint and tailor these to their individual needs.

“Our people have a reason to go to OneAQ to get the latest news about our company. Our CEO is using Yammer for his weekly newsletter.”
Darren Wilson, CIO – AsureQuality

The result
Since go live, just 12 weeks after the first workshops were kicked off, AsureQuality has seen a spike in the usage of Yammer.

“Yammer has pretty much exploded over the last three months because it is a panel on the front page of SNAP 365 and it’s quite visible,” Darren says.

To aid in this spike their CEO has started real time, out in the field updates over Yammer and has also posted a video talking about the new digital workplace, OneAQ. Aptly named, OneAQ brings everyone together across AsureQuality, helping in their goals to make information more transparent throughout the business. Yammer has created a popular, informal channel for AsureQuality employees, filling a communication gap they had identified in their culture.

OneDrive and Office 365 Groups are being used more since the implementation and these tools have significantly increased collaboration online. Employees can co-author documents which saves time and negates the need to be bogged down by hundreds of attachments being sent over email. The search functionality in OneAQ is much faster and easier to use than the old intranet and documents are easy to get back to using the OneAQ homepage.

“It was a good kick start for actually driving the usage of Office 365 through the organisation. By bundling the release of the different Office 365 tools into the roll out of OneAQ, it has driven people to use more of the Office 365 tools we have invested in,” Darren says.

The future
AsureQuality is now rolling out Skype for Business, which will further increase collaboration across the organisation.

Next, they will be focusing on document management and their wider information management space and are currently in discussions with Intergen to complete these projects as well as migrate all documents off their file shares.

Since the implementation of SNAP 365, AsureQuality’s users now know they can use online tools and want to use more and more in their day to day lives.