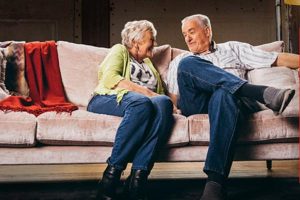 Faced with the reality of a world where business is digital, but lumbered with obsolete legacy systems, Public Trust looked to Intergen for an enterprise-wide technology refresh built on the Microsoft solutions stack. The culmination of a demanding three-year project, the organisation is today fully equipped with a Microsoft Dynamics NAV platform and Cohesion ECM platform, enabling the organisation to perform to the highest expectations, and ready to tackle the future with confidence.

Public Trust is a Crown Entity, the independence of which is guaranteed under the Public Trust Act 2001. The Maori name, Te Tari Tiaki Iwi, translates as `the organisation that takes care of people’. Public Trust is the country’s largest and oldest trustee organisation, established in 1873 to provide a stable, independent and impartial trustee for the people of New Zealand. Public Trust manages fiduciary funds of some NZ$3.5 billion, has over 300 staff operating from 23 customer centres, and several part time offices looking after the interests of 240,000 New Zealanders.

The situation
Bob Smith, CEO, Public Trust says the main problem the organisation faced was that its technology systems belonged to another era. “We had IT platforms which were 25 years old and they were just not suitable to move our organisation forward in the digital age. They lacked integration and functionality, including around such important factors as business intelligence and client management.”

Adding further impetus, explains Smith, is the reality of a rapidly digitising environment in which customer expectations for service and access into any given organisation are changing. “We wanted to move the organisation into a modern architectural framework which would enable us to move forward and integrate digital strategies and initiatives into our core operating model. This was our primary objective, rather than any business case around efficiency or functionality.”

With such a sweeping project, Smith says there was a lot at stake, and hence the choice of technology and implementation partner was crucial to eventual success. “We’re a big little company; we have net revenues of around $55 million and a considerable amount of funds under management.”

In other words, the organisation’s technology requirements are complex and sophisticated. “On top of that, we wanted to select an architecture which, while immediately appropriate, would also provide for and enable growth.”

The solution
A ‘considerable amount of work’ went into identifying that Microsoft provided the breadth and depth of technology required to meet Public Trust’s needs.

Smith says that they went through the traditional RFI and RFP process to select a Microsoft systems integration partner, from which Intergen were selected. “We then worked with Intergen to determine if we would go with vanilla Dynamics NAV, or if we would put a specialist trustee package from Touchstone on top of NAV – ultimately, it was the latter option which was determined to be the best option.” Microsoft were actively involved with this decision-making process. In addition to the Microsoft/Touchstone stack he adds that Intergen’s own Cohesion Enterprise Content Management as a Service (ECMaaS) was selected.

The results
In the past doing business was too complex, said Smith. “So in parallel with the system implementation we simplified the organisational design of the business. This design underpinned by NavOne allows us now to scale the business.”

“Along with NAV we now have an integrated business intelligence environment. While that is quite basic at this stage, there are no data integrity issues.”

Smith singles out the strength of NAV’s timesheeting module. “That’s been a real benefit. We make revenue from selling time, so strength in this area translates to business improvement for us.”

The amount of change implied in such a large scale systems implementation means we did take a dip in productivity in the first two to three months after go-live, but that has steadily improved. We are at higher levels and continue to see an increase as the system beds down and as our people become more familiar with it.” Smith adds that Public Trust is in ‘the relationships business’.

“So, while we now have a digital platform which does everything we had hoped it would do, I don’t see a big shift in amount of business that we can conclude online. What I do see is the digital tools and touchpoints facilitating the end-to-end process and integrating into our existing channels. That will make Public Trust far more accessible, easier for customers to interact with, and will augment our capability to deliver to customer expectations.”

The project, Smith says, is a definite success. “This exercise is crucial to Public Trust moving forward in the modern world, something we couldn’t do without this project. The architectural model we have selected will provide flexibility to adopt new technology as we go forward. We have the benefit of an integrated system for managing our revenue lifecycle and the processes around; this system will be a key facilitator for our growth aspirations; and it is essential for providing customer experiences which seamlessly move between the digital and physical worlds,” he concludes.

“Providing customer experiences which seamlessly move between the digital and physical worlds.”

Putting superior user experience at the heart of transformation