Shaping up and shipping out: ERP on the high seas

Published on the 01/07/2016 | Written by Epicor Software Corporation 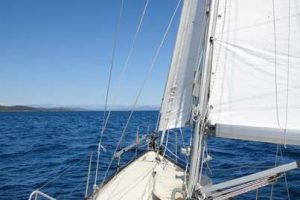 While technologically advanced in its products and services, innovative yact rigging manufacturer Southern Spars realised that over the course of a decade its computing systems were showing their limitations. It therefore selected and implemented Epicor’s enterprise resource planning solution to gain the advantages of a modern, integrated business system to efficiently run its international operations.

Southern Spars specialises in the design and construction of carbon fibre spars and components, rigging and rig servicing.  An industry pioneer, Southern Spars built its first carbon spar in 1990. Since then the company has pursued a passion for delivering world class cruising and racing spars, carbon rigging and servicing of masts, booms composite rigging and components. Headquartered in Auckland, New Zealand, its operation extends to the USA, Denmark, South Africa, Spain and Sri Lanka, employing more than 350 staff worldwide. In recent times the company has branched into helping NZ Cycling redesign its bikes for the Kiwi Olympic racing team, and was also awarded the contract to build the Americas Cup yachts for Team New Zealand.

Situation
Over the course of ten years, Southern Spars had grown its business to a point where management wanted to leverage new technology capabilities to keep in-step with its performance. The company sought the ability to easily extract more operational information from its manufacturing systems and other data sources, but was hampered by an obsolete business management system.

“Our old solution had served us well for ten years,” says Daniel Malherbe, group chief financial officer for Southern Spars. “But we hadn’t upgraded to the latest and greatest available. We’d kept going with the initial implementation and tacked some modules onto it.”

While management was making decisions based on information coming out of that system, there were limitations. “It did allow us to do our job well and we were getting it right for our customers but we needed to be able to make better decisions for our own business,” Malherbe explains.

Relying on a mixture of spreadsheets and lengthy reports, accessing information was laborious and error prone. “We found we had to employ a ‘gut feel’ component about certain areas because there was information that we couldn’t readily access and analyse –  or, doing so was unnecessarily time-consuming and laborious.”

The management team, and indeed the CFO, wanted to delve further into the numbers and records in order to get a better look at operational and financial information.

To stay windward, and take the business further, Southern Spars needed make better use of its data; the management team identified the necessity to improve the ERP system to make real-time data easily accessible and available for analysis.

Solution
After seeing a number of demonstrations from different vendors, Southern Spars’ CEO and management were impressed by the flexibility, agility and potential for customisation in Epicor ERP. “We understood Epicor due to our previous solution and knew we could work well with the dynamics of the vendor and its offering,” says Malherbe; be that as it may, “We investigated other options to make sure we were happy with Epicor, and spoke to external consultants about their opinions. General comments were in favour, so the choice was a no-brainer. Epicor is always pushing boundaries and adding more technology to take its customers and their businesses to the next level.”

In 2014, Southern Spars undertook to refresh its on-site hardware and then went forward with an implementation of Epicor ERP. The company worked with Epicor to keep changes to a minimum, resulting in a timely implementation with the system up and running relatively quickly.

“We knew what we had, we understand Epicor and it was working for us. It was really good for job management and we were comfortable with that,” says Malherbe, “Since the implementation, we have been working through phases of automating activities, modernising procedures, buying additional modules like Advance Print Management (APM) and are planning to integrate mobility options in 2017.”

Results
Epicor ERP has given Southern Spars the ability to access whatever data it wants, whenever it wants it. That, coupled with automation capabilities, has already saved over 400 man-hours a year. “Reporting is greatly simplified,” confirms Malherbe.

He explains that the company quickly saw the benefits in the newer system, including the ability to automate a range of functionalities and features – including reports – which previously required manual intervention.

“We’re still developing our own reports and haven’t reached a plateau in terms of what we are able to do,” he notes.

Greater access to more accurate information is boosting staff morale, helping individuals to maximise the value they contribute to the business. For example, the accounts payable team has a ‘traffic light’ system in place for the status of each line on a purchase order (PO) before it is entered on an invoice. This allows the team more visibility on the status of the PO before the invoice is processed, simplifying workflows and saving time and effort.

Furthermore, the finance team can create reports and dashboards without having to have a programming background. “For someone that has no knowledge at all it is easy enough to pick up and get some results,” says Malherbe.

The company is looking ahead for more value thanks to a positive working relationship and proven customer support. “Sometimes we hit a bit of a wall and need to work with Epicor to figure it out; however, whenever we log a call it gets attended to and they may even follow up with us if we don’t respond quickly enough. We have received excellent support along with the upgrade to Epicor ERP.”

That bodes well for the future, Malherbe notes. “There are components and modules we plan to add over time, when it makes sense to do so. The system is flexible enough to allow us to capture data in a way that is familiar to our organisation; in a way that makes sense for our day to day business. Now we know accurate, relevant information is available to staff from the shop floor to the back office,” he concludes.

When the primary resource sector boom took off, Present Group experienced explosive growth and found itself needing a suite of technology that could help it mine the good fortune…

Manufacturer transformed by one source of truth