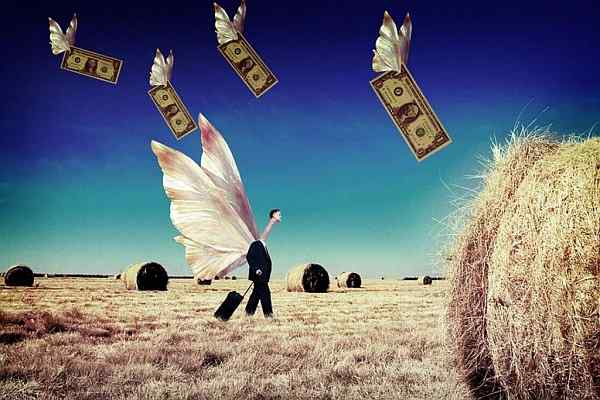 It’s high stakes when the PMs of both countries sign off on a joint statement confirming, amongst other initiatives, agreement to use a common standard for e-invoicing that promises to deliver savings to Australian and New Zealand businesses of more than $30 billion over the next 10 years.

If you haven’t heard of e-invoicing yet then you undoubtedly will as it is designed as a business-friendly policy ploy to demonstrate government’s willingness to deliver value to, in particular, the small business sector (you know, the one with all those voters in it).

The story goes that businesses who sign-up will create an invoice in their accounting system, and it will automatically appear in their customer’s accounting system, reducing the hard work and errors of them re-keying data and enabling invoices to be paid faster.

The local rhetoric on e-invoicing to date is long on benefits and short on how they will be achieved.

Last week the PMs were joined by global trade standards body GS1, home of the humble GTIN barcode, and designer of the NZBN, in endorsing OpenPEPPOL (Pan-European Public Procurement Online) in a Memorandum of Understanding “to better support electronic transactions”.

Miguel Lopera, President and CEO of GS1 says: “The [MoU] will enable us to explore and discuss in good faith the use of GS1 identification keys and GS1 EDI standards in PEPPOL as well as the use of PEPPOL services by GS1 member companies.”

The reference to EDI standards is interesting. GS1 also endorses the use of a version of the UN/EDIFACT messaging standard that has been in place since at least the early 1970s, variants of which are used the world over by manufacturers, their supply chain partners and customers.

PEPPOL itself has been established, over the past 20 years or so, as the standard for suppliers to government in 23 European nations, led by Norway and Denmark, and is being implemented as the mandatory de facto standard in the UK health sector. Norway has also mandated its use for all government procurement.

While the local rhetoric on e-invoicing to date is long on benefits and short on how they will be achieved, early testing work in Australia is around what is being called the Digital Capability Locator (DCL). The DCL allows a business to look up a trading partner’s preferred document exchange partner, known as an Access Point, and deduce from that the relevant business data necessary to populate and successfully send an invoice direct into their system. The ABN and NZBN business numbering systems are envisioned as the unique key that the DCL will use.

Indications are that MBIE is currently building an equivalent to the DCL to serve the New Zealand market, but details are scant.

Access Points are central to e-invoicing as these are the companies that handle the transmission of each invoice, ensuring it can be accepted by the receiving system.

Gone is the apparent complexity of opening a dialogue with your new customer requesting their address, GST number and accounts payable e-mail address, you’ll just add the relevant xBN to your invoice and voila, Houston, we have contact. Or, more correctly, your PEPPOL-compliant accounting software will.

Users of the Xero accounting solution may know there is something similar called Xero-to-Xero where customers already using Xero can be invoiced directly, exactly as intended with e-invoicing. A quick review of their documentation demonstrates that what sounds a simple concept can quickly become complicated.

Day-to-day complexities such as discounts, product variants, returns, credits, part-payments and so on, create exceptions.

It is these exceptions that explain why e-invoicing between software providers isn’t already a standard feature. SAP, for example, offers a standard EDI gateway and leaves its customers to work out what is required to set up EDI with suppliers which may be running Oracle or Sage or whatever. This means that in most mature, high volume markets, such as in FMCG and hardware, a hub and spoke model is in place. Many suppliers connect to the major buyers through various EDI messaging gateways to ensure compliance with the buyers’ requirements.

Typically, the buyer will establish a trading relationship by setting up the new supplier in their ERP system, including specifying the exact product codes, descriptions and agreed pricing, before then issuing a purchase order (PO), which, once fulfilled, can be invoiced.

As an example, Foodstuffs North Island CEO Chris Quin told the GS1 conference in Auckland last week that 90 percent of its invoices from suppliers are paid automatically without any human intervention. In Foodstuffs’ case, the messaging gateway is private, having been built and operated by Foodstuffs themselves. Quin confirmed that its replacement, delivered by a major programme of work called ‘Tardis’ (“because it’s bigger on the inside”) is being phased in from the middle of this year.

Public messaging gateways, traditionally known as VANs, or value added networks, are nothing new of course. They’ve been in place for decades in the EDI world. Many big businesses have been using e-invoicing as a component of their own supply chains for decades. For most, the invoice is a final and relatively simple step in a much more complex procurement supply chain. These commonly rely upon on GS1’s GTIN barcodes to define exact product parameters (such as pack dimension and weight) and delivery status notifications from logistics providers to ensure the systems of all parties accurately reflect the status of orders.

Michelle Newsome from EDI provider B2BE welcomes the initiative: “Any government-endorsed framework that educates the market on what is possible with B2B messaging is helpful.”

“But let’s be clear, there is nothing new here. The PEPPOL standard has been around for 20 years and EDI for closer to 40.”

E-invoicing relies on a four corners model, whereby sending and receiving companies have a relationship with EDI providers, such as B2BE.

“The four corners concept is how the existing B2B messaging environment works, and we are working with the relevant agencies on both sides of the Tasman to explore what efficiencies might be possible,” Newsome says.

Newsome noted that B2BE is a member of the Digital Business Council which has been established to oversee e-invoicing in the Australian market, along with 27 other accredited messaging providers.

While current e-invoicing plans are less ambitious than a full set of supply chain transactions, the $30 billion question is whether nationalising PEPPOL integration as a government service for invoicing will broaden EDI usage to smaller businesses or businesses outside of high transaction volume industries.

The key may be the as yet unanswered question – who will pay?

According to the MBIE discussion paper, trans-Tasman e-invoicing costs will get covered by charging transactional and licencing fees to offset costs.

Under a user pays model, and with no government mandate, business will have to determine if it is worth the bother versus the status quo.

MBIE has provided a helpful guide as a starter for businesses looking in to e-invoicing:  https://youtu.be/dy7eGUuAX7Y