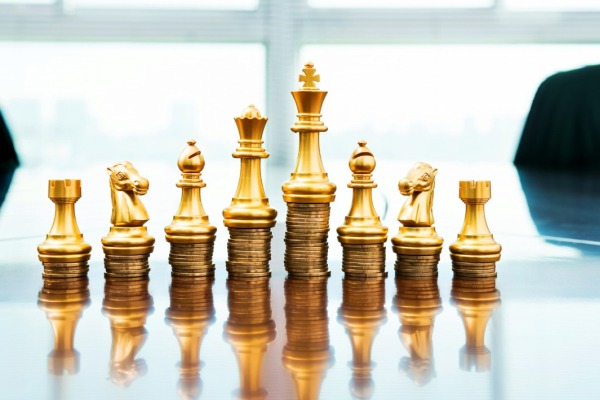 The push for e-invoicing, with its promises of benefits for both businesses and economies, looks to be gaining impetus across New Zealand and Australia as vendors jostle for pole position and governments up their efforts.

Last month Xero announced its plans to acquire Swedish e-invoicing access point provider Tickstar in a $25 million deal which will enable Xero to host its own access points and reduce reliance on third party providers.

Xero’s chief product officer, Anna Curzon, says the move is an important step in the company’s strategy to help small businesses digitise more of their workflows and get paid faster using cloud-based technologies.

“Processing of invoices is unproductive.”

It’s a move that also signals the slow groundswell around e-invoicing – the direct digital exchange of invoices between the supplier and buyer’s financial systems (and we’re not talking sending PDFs here.) Using accounting or ERP software and accredited access points – essentially gateways – companies can exchange invoices one to many.

It’s a technology long touted for its potential benefits, from increased efficiency and accuracy to security. New Zealand’s Ministry of Business, Innovation and Employment (MBIE) estimates savings of $500 million a year if all invoicing was e-invoicing, while the Australian Taxation Office says e-invoices save $17 on emailed PDF invoices and $20 on paper invoices – big dollars in a country where more than one billion invoices are sent annually.

For many businesses, the lure is in the cold hard cash: E-invoicing offers potential for faster payments. In Australia, where the government has mandated e-invoicing for federal government departments, e-invoices are paid in five days.

“Processing of invoices is unproductive,” an MBIE spokesperson told iStart.

“E-invoicing enables fast, secure and accurate transmission of invoices which reduces cost and enables faster payments to businesses which is especially important at this time.”

But the move towards e-invoicing across Australia, and in particular New Zealand, has often seemed slow. A trans-Tasman Electronic Invoicing Arrangement was signed back in 2018. By early 2019, the Australian and New Zealand governments announced the adoption of the Peppol (Pan-European Public Procurement Online) framework for a trans-Tasman e-invoicing framework, which came into play later that year.

As part of the 2020-21 budget the Australian Government announced it would look to accelerate adoption of Peppol e-invoicing, starting with the public sector. There’s now a mandate for federal government departments to receive e-invoices, and a Treasury e-invoicing consultation paper, released late last year, also floated the option of mandating that all businesses, big and small, be able to send and receive Peppol e-invoices. It’s one of three options still on the table. Also being considered are that only large businesses be required to send and receive e-invoices, and the option of a non-regulatory approach.

The suggestion of mandating e-invoices for all businesses has been welcomed by some such as some Fintech Australia members who want to see all GST registered businesses required to be able to send and receive e-invoices. Others are less enthused. The Chartered Accountants Australia and New Zealand and the Institute of Public Accountants have urged government to hold off on any plans, amid concerns that the sector lacks the capacity to cope at the moment and that the additional costs could see other more beneficial investments waylaid.

Across the ditch in New Zealand, MBIE is considering the costs and benefits of a mandate for central government to use e-invoicing, the spokesperson told iStart.

For now, however ‘our approach is to work with government to enable them to realise the benefits of e-invoicing’ the spokesperson says.

“We’ve also identified a number of the key suppliers to government and are working with them to have the capability to send e-invoices.”

There are currently 21 accredited services providers in New Zealand and MBIE says it is currently in the process of selecting a smaller panel of providers – expected to be in place by the end of April – which government entities can select from in an effort to spur government adoption. Australia already has a similar panel in place.

Sam Hassan, CTO for e-invoicing access point Link-4, says back in 2016 when the company started it was one of very few looking at e-invoicing. He admits that even today, there are hundreds, if not hundreds of thousands, of businesses across Australia and New Zealand that know little about e-invoicing.

Asked about demand for e-invoicing in New Zealand, a Xero spokesperson is blunt: “Not a lot, in fact almost nothing.

“We are ready to go from a send and receive perspective, but the education job in New Zealand just hasn’t been done. We’re not there as a country yet, we’re still in the infancy when it comes to e-invoicing.”

Hassan believes the launch of the Kiwi Peppol panel of service providers will drive adoption of e-invoicing at least within the New Zealand government sector. But he too wants to see more education on the topic, and potential incentives – such as the five day payments offered in Australia – to drive small businesses to adopt the technology.

MBIE says a communications program around e-invoicing will be rolled out in the next three months. Hassan is also pushing for mandating of e-invoicing, if not for business, at least for government agencies, saying that’s where big inroads could be made.

That’s not to say e-invoicing is being completely ignored. Link-4 has more than 3,000 customers across Australia, New Zealand and Singapore using the system and is working wth software providers including MYOB and Intuit Quickbooks to make e-invoicing available for all their users.

Hassan says some enterprise businesses are now requiring smaller businesses they deal with to use e-invoicing for the simple ease of use and removal of manual data entry of invoices. On the small business side, the lure of quicker payments is paving the way, along with time saving.

“We have heard from some suppliers that they’re doing five or six phone calls for each invoice – that’s a lot of time tracking and tracing for a small business.”

“We have seen recenlty many cases of invoice fraud that cost small businesses hundreds of thousands of dollars sometimes, and in general costs our economy millions of dollars a year,” Hassan says.

More than AU$14 million last year, in fact. At least that’s the figure for payment redirection scams reported to Australia’s Scamwatch last year, with the ACCC warning average losses so far in 2021 are more than five times higher than average losses at the same time last year.

“With e-invoices you eliminate that problem significantly,” Hassan says.

So will Xero’s Tickstar deal further drive the market towards e-invoicing? Xero is certainly hoping so, as is Hassan.

But Xero’s deal could also have some negative consequences for its marketplace partners. While the vendor has said it will remain open software for e-invoicing access points, Xero users are likely to favour an access point already included in Xero’s offering, rather than seeking a third party provider. That might remove the challenge for small businesses, but will it also kill off some of the access point market?

Hassan doesn’t think so, though he acknowledges that access points which only provide basic services are likely to feel some impact. (Link-4 includes extras such as validations and workflow.)

“A lot of companies have additional requirements to just the sending and receiving that a basic access point comes with.

“But at the same time, more businesses are going to be able to send and, on the other side, should be able to receive invoices using Quickbooks or SAP or Oracle, so there will be more demand in the market. I think that will push the market for other access providers to other businesses as companies look for access points so they can start interacting with customers and suppliers who are using Xero.”