Think you’re paying too much for ERP? 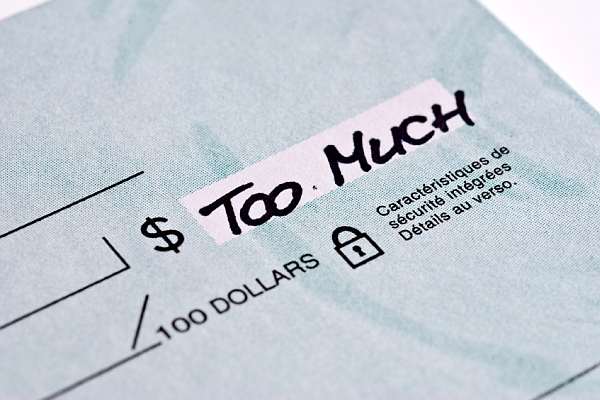 Ever had a nagging feeling that those invoices for business software are bigger and more frequent than they should be? Do you wonder why ‘support’ and ‘maintenance’ bills are both frequent and eye-watering? Do upgrades frighten you, not only because they inevitably cost more than planned, but are also disruptive?

Vincent Cerra, general manager of Medatech Australia told iStart the perception that ERP is too expensive is widespread. “With the bigger software providers, it’s simple. Customers are charged for everything they do or want done. Need a little development? Want another report? It’s going to cost you. And that’s before you even look at the big upfront costs for licensing.”

“If we get into a small manufacturer and provide software which accelerates their business, without punitive pricing, we all win.”

With 15 years of ERP implementation experience under his belt, Cerra has worked closely with a range of clients, industries and ERP solutions.

And he’s often seen that even when it takes next to no effort to make a change or introduce a new feature (or unlock a feature already in the software), ERP customers can expect big bills for consulting and configuration. “This is the way the ERP world is run. It’s not even the software itself; look at the resellers, the business model of which is typically based on billing for everything that moves.”

There’s an element of branding, too, Cerra added. “It costs a lot to build a big brand and customers ultimately pay for that. What’s more, when you have a ‘big name’ ERP, you pay a premium price and still don’t get all the features. For that, you’ll usually need to buy additional modules or use third party add-ons.”

Cerra said it is Medatech’s mission to change this situation. The company is a reseller of the Priority ERP solution. Priority was founded in 1986 with a mission to make ERP easier and is today used by some 8,700 companies around the world in on-premise or cloud software-as-a-service configuration. The ‘sweet spot’ for the ERP solution is manufacturing and distribution (from small to large scale), although it is also suitable for almost any general business.

In addition to being a clear mid-market leader in its home country, Medatech is active in the United Kingdom and Australia and has customers across the Pacific, including New Zealand. The company has development and support teams in Israel, AU and the UK.

Picking up on Priority’s notion of ‘making ERP easier’ (and less expensive), Cerra said unlike other packages, Priority is rapidly implemented (“No other ERP offers complex manufacturing as standard, out of the box,” he noted), low-maintenance and provides seamless upgrades. Asked how it is that upgrades are no-impact, he said it is down to how the software is written, along with the vendor’s unique business model which is tailored to benefit the end customer in both service and price.

And pressed for an example of rapid implementation, Cerra said creating a mobile application for warehouse transfers, for example, would require just 30 minutes. “And you can do that on the shop floor.”

He said all the features are included in the software, rather than developed as add-on modules. This also contributes to the relatively simple upgrade process. “You’ll have an element of testing, of course, as nothing is perfect, and these are complex environments, but it is far simpler and faster than with other ERP systems,” he claimed.

Cerra said competing on price can be a funny thing. “With Priority, the solution isn’t ‘cheap’, although it costs far less than what you’d pay from a big-name brand – and note that none of the big ones have a list price, they keep that from you. Instead, I’d describe our pricing as ‘fair’. You can get a license from a ‘big name vendor’ for, say AU$300 per month, which won’t do advanced manufacturing or provide an out-of-the-box mobility solution, or you could get the lot from Priority ERP for AU$160 per month. That’s fair.

“We also feel that we should be here to help our customers. If we get into a small manufacturer and provide software which accelerates their business, without punitive pricing, we all win.”

Cerra tackled the topic ‘Demonstrating ERP value for money’ in an iStart Prodcast webinar. Listen to him as he rolls up his sleeves for an exclusive peek behind the scenes of how modern built-for-cloud ERP solutions can transform your business, not your bank balance.