Switched on CIO: Pieter Bakker juices up DX at Frucor 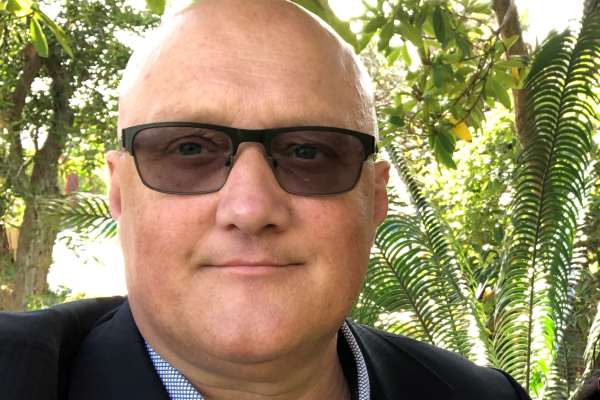 The Kiwi headquartered FMCG, which launched in the 60s with Fresh Up under the Apple & Pear Marketing Board (later ENZA), has been part of Japan’s Suntory Group since 2009.

The initial project, dubbed Digital for Growth, focused on the customer and driving business growth through the launch of a self-service online store, but was quickly expanded to include additional streams covering digital ways of working internally and latterly the transformation of Frucor’s digital core, including its ERP system.

“It’s about putting in a minimum viable product in first and learning and adapting frequently to progressively deliver value.”

Pieter Bakker, Frucor Suntory Australia and New Zealand business technology director, notes that digital transformation “is probably one of those things that in some ways you never finish”.

“It really came about when we started to look at what the competition was doing and also at broadening our service offering to customers and consumers,” Bakker says of the start of the project. “We started thinking about a digital transformation change to really drive growth.”

When the first phase kicked off, Frucor’s business was strong and growing, its existing models were working well and customers were happy. Bakker admits that “painting a picture that showed a different world when everyone [at Frucor] felt they were in a reasonably good place, wasn’t necessarily the easiest thing”.

While the work was initially driven by Bakker and his IT team – he has a team of 30 across Australia and New Zealand, Frucor, meanwhile has around 1,000 staff across A/NZ – the projects were ultimately driven “entirely in collaboration with our sales colleagues”.

“You can’t do it on your own. It won’t succeed. The sales directors put this together into something we could drive as a business case throughout the investment cycle, the acceptance cycle and the change management piece.”

The project was de-risked by spreading the investment over several years and using an agile methodology.

“It’s about putting in a minimum viable product in the first instance and then learning and adapting on a frequent basis and having valuable packages of delivery throughout the programme.

“We didn’t have to write a contract for millions of dollars right up front, and we were progressively delivering value, showing that value being delivered and then investing more.”

First off the rank was the building of an e-commerce platform, enabling non-grocery customers to self-service 24/7. (Frucor Suntory already had EDI channels with its large grocery customers.)

The company has built a successful model using reps regularly visiting customers to take orders. Bakker stresses that the online store wasn’t about removing reps from the equation.

“Our competitors drove online store initiatives to take reps off the road and it became more of a cost saving and efficiency initiative. For us, we have quite a unique hybrid model where we have both digital visits, as we call them, and physical visits.”

The use of the online store has freed reps up to spend more time talking with customers about other available product lines, getting customer feedback and setting up displays, as well as calling on new potential customers. “So growing our business and focusing on new business,” Bakker notes.

The online store also enables more targeted marketing, making recommendations based on what customers have viewed and their historical buying behaviour.

Bakker says Frucor Suntory will look to harness machine learning and chatbots to provide suggestions on the fly, based on customer behaviour, but admits that idea is currently sitting in a backlog of future developments.

A SAP house, Frucor Suntory has stayed within the SAP family for its digital projects. SAP ECC 6.0 currently provides the ERP system at the back end with the digital channel enabled using SAP’s Hybris Commerce, Cloud for Customer and Hybris Marketing (now known as C/4HANA in SAP’s ever evolving product vernacular).

“If we were going to have multiple channels where our customers could order, we had to make sure we put the right tools in the hands of the territory managers, the reps, so they have full visibility of all the channels and interactions the customer has with us.

“So, at the same time as we have been implementing the online store we’ve also been equipping them with better tools.”

SAP’s Cloud for Customer omni channel CRM tool provides a 360 view of the customer, managing visits, communications back to base and real time KPIs.

About a year into the Digital for Growth project, Bakker and his team also began looking at transforming internal ways of working, improving collaboration between Australia and NZ, as well as with the wider Suntory Group.

“The tools we were using on a daily basis were still very much in the 90s and the 2000s – a lot was done by email, shared folders and the likes. We decided if we were going to work in a digital way with customers and consumers, then how about really applying digital to the internal part of the business as well.”

The Digital Ways of Working programme, saw Frucor move to the cloud for office tools, adopting Microsoft Office 365, including its Team collaboration tools, throughout the organisation, with New Zealand and Australia pioneering the way for Suntory Group globally.

“Because everything was in the cloud it was much easier to start to share information and also to enable sharing of information with external partners in a secure environment,” Bakker says.

The company quickly identified limitations in its network, which has seen it investing heavily in replacing the entire wired network with a wireless Cisco network.

The third big DX project, also now underway, will see a transformation of Frucor’s back office and core ERP systems.

“As an organisation we have a goal to double our business by 2030 and for that we need to have processes and systems that are scalable. Our current solution was implemented nearly 18 years ago for a New Zealand-only business. We’re now five times the size, and we’re A/NZ.”

The company started with an SAP Value Engineering benchmarking exercise, which ranks it alongside similar businesses globally. The results were something of a surprise for the company.

“We thought we were in a reasonably good state in terms of backend systems and processes and we wanted to go to great. What we actually found was that in a number of places we were poor and needed to get to good before we could get to great. So that certainly provided a platform for us to lean a lot further into this,” he says.

“We’ve got a significant piece of work ahead of us to effectively transform our digital core,” Bakker notes.

He’s also got his eyes on emerging technologies, including IoT, where the company has already done some innovation prototypes for fridges and chillers. With tens of thousands of fridges across A/NZ, Frucor is looking to use IoT for asset management and also to look at consumer behaviour.

“But it is hard to put real value cases around it especially when you look at the other workloads sitting in front of us that require investment. But as we sort out the core and as the IoT technology becomes cheaper we can see us leading very heavily in that space especially for chiller fleets.”