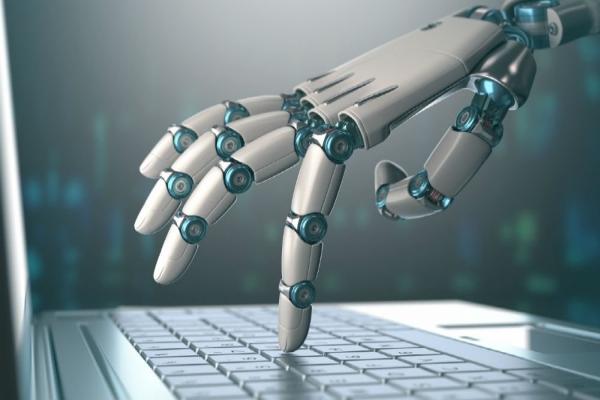 Few technologies right now are making bigger promises than RPA. Take the things done by your human workers – especially the boring, repetitive, low judgment and mundane tasks – and replace them with a software ‘robot’. Add in the potential offered by AI and machine learning, and people start getting very excited.

“RPA is now being used or investigated by 6 out of 10 ANZ organisations surveyed,” said the report. “38 percent of organisations with more than 500 employees have active RPA programs already, showing automation is becoming a cornerstone of many business transformation strategies.”

And that seems to be where the rubber hits the road for many businesses, as unexpected obstacles, unrealistic expectations and myriad complexities ensure that, for early adopters, it’s not all increased efficiency and reduced costs.

Let’s take a look at five of the most common reported complications when it comes to rolling out RPA solutions in 2017.

Unexpected complexity
Thanks to AI our expectations for our software are soaring – but that’s AI, not RPA. Despite vendor assurances, automation software is not quite as user-friendly or easy to configure as many have been led to believe.

McKinsey highlights those challenges in Burned by the bots: Why robotic automation is stumbling. According to those interviewed, installing any significant number of bots is both time consuming and complex, and therefore expensive.

“Installing thousands of bots has taken a lot longer and is more complex than most [executives] had hoped it would be. It might sound simple to pull a salary statement, but what if for that worker the data is in unstructured formats? What if the worker goes on maternity leave and a different set of systems kicks in?”

“Said differently, a ‘standard process’ can often turn out to have many permutations, and programming bots to cover all of them can be confounding.”

Doesn’t sound so simple after all. “Because humans are anything but literal, there are often ‘missing’ rules in a process simply because the decisions just make sense to the human operator,” wrote automation specialist UiPath for Medium. “It will take time for current process employees to identify and document innate rules they currently follow without even consciously thinking about them.”

Flexibility issues
Even if opaque business processes and undocumented revisions are overcome, RPA solutions are still vulnerable to change. When processes are adjusted – in response to regulation for example – the change can nullify months of work.

“A great strength of automation is accuracy, the configured software never deviates from its algorithms. Of course, that is also a great weakness,” wrote UiPath.

“Should any internal or external aspect of a business process change, the software will likely fail to perform. In order to avoid automation failures, changes will have to be planned, communicated, tested and made within a strong governance framework.”

Human still have their uses
A flesh and blood employee will make mistakes – nothing’s surer. The extent of that mistake however, will rarely be systemic. Not so with RPA.

“However, there is a natural safeguard in that there are many transactions and many users, meaning that errors will often not be systemic or widespread across the business process or data set.”

Now here’s the thing with a robot. If it is set up to make an error, it will do the same wrong thing with absolute precision, over and over again. “With automation, there is consistency in application. So if you get it wrong, you consistently get it wrong and therefore the risk is that any error becomes a systemic and widespread issue across that business process and data set. It’s all your eggs in one basket approach.”

The savings may be…surprising
“The economic outcomes often aren’t as rosy as originally projected,” wrote McKinsey.

“While it may be possible to automate 30 percent of tasks for the majority of occupations, that doesn’t neatly translate into a 30 percent cost reduction. People do many different things, and bots may only address some of them. Unless the process and the organisation are reconfigured, savings can prove ethereal.”

That’s not at all rosy. Moreover, “Also, bots treat localised pain points. Anyone who’s read The Goal (or stood in line at a cafeteria) can tell you that fixing one bottleneck may just move the problem elsewhere. As a result, several robotics programs have been put on hold, or CIOs have flatly refused to install new bots – even those vendors have worked on for months – till solutions have been defined to scale the program effectively.”

Next steps
It might be going too far to say that it’s a case of savvy salespeople trading on the naivety of business owners desperate for competitive advantage – but it’s certainly the case that the technology is new, expectations are high, and few fully understand the challenges and complexity of an effective RPA roll out.

At this point it probably makes sense to think of it this way: RPA needs to be part of your bigger optimisation strategy. As McKinsey put it: “It may make more sense to question why someone needs a thick financial report instead of tasking a bot to mindlessly generate one every month.”

Simply put, whatever challenge you’re facing, deploying a thousand bots to plug the gaps is unlikely to be the solution.

Though the potential is great, make sure you’re clear on the business case, associated costs, and that the complexities of the task aren’t a distraction from what should be your true focus, revenue growth.

Smooth entry and exit needed onto the digitisation highway…