Home Page > Feature Articles > Automation and the death of work 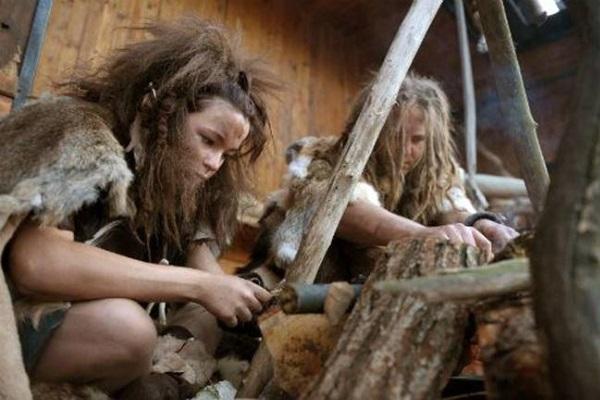 Those who spend time on LinkedIn will have noted the preponderance of doomsday articles foretelling mass unemployment as the evil force of automation continues to take hold everywhere from McDonalds joints to supermarkets, those bastions of employment for all. Take a look at this one, which breathlessly intones that ‘Amazon Go is going to ruin 3,424,200 jobs in the U.S. alone’.

Ruin. Millions. Right down to the last 200 jobs. In a single industry. And just one country. Forget about asteroids impacting the planet and Donald Trump’s presidency, if this goes on for very much longer, the clear and present danger is a mass extinction from an absence of work.

Except, history tells us an awful lot about automation and its impact on employment. Scholars will recall that the first great wave of automation took place hundreds of years ago, and even has a snazzy title. Let’s not be so fast as to forget the Industrial Revolution, replete with angry burghers waving pitchforks to prevent the mechanisation of work formerly done manually. Maths and those touting the ‘4th Industrial Revolution’ tells us there must have been another two such great upheavals since.

Amazon Go is, of course, the grocery shops being introduced by the world’s scariest bookseller. No queues, no checkouts, no cash. Stroll in, grab your stuff and get out, it is all automated.

In a chat with iStart, Wayne Harper, Zebra Technologies APAC CTO, said that automation is where the world is heading and pointed out that, just as history has shown, it is the menial tasks which are front and centre for automation (tasks, one hopes, like typing stories).

Much of that will be in physical jobs, but not exclusively. “It’s also a lot of menial data sorting which will be addressed through artificial intelligence; this is about running and processing algorithms and thought processes, along with driving robotic processes like recording shopping purchases [as in Amazon Go stores].”

Who benefits from automation
Harper said what many people tend to miss when they look at the coming waves of automation is what the benefits of that automation are and to whom they accrue. A common misconception is that it is only some fat cats who benefit.

But, in the case of Amazon Go, applying a ‘cui bono’ quickly establishes who else benefits: the shopper, if he or she chooses to buy his or indeed her groceries in that way. The multitude of shoppers benefits from, perhaps, cheaper goods, greater convenience, more choice, more competition. The many (shoppers, 325,000,000) benefit while the few (3,424,200 in the USA) may, at the least, have to endure short-term adjustment.

You’ll see this in Countdown, Coles or Aldi. Those who choose to use the self-service checkouts benefit from doing it themselves. Those who don’t care for it, choose a manned (or womanned) checkout point.

Economists and common sense tell us that choice is a good thing. If you don’t like automated shops, chances are, there will be options available as the market is unlikely to introduce automated stores simultaneously. Supply and demand will dictate how far automation will go in this industry and any others looking to provide a better customer experience.

But what about the supermarket checkout workers? What becomes of them and those millions of jobs? “I get asked a lot if AI and automation is going to replace workers,” said Harper. “No. It is changing the way people work and as it is coming in, it is making people’s work simpler and easier. In some ways, it makes work less taxing on people’s minds.”

Are tools that new?
Wait a minute, this sounds familiar. Tools make work easier, which is exactly what the first stone age man to swing a flint axe discovered. So much faster than gnawing through a branch (anthropology is not our strong point. We assume this is how it was done prior to axe technology). A spinning jenny made weaving cloth a lot easier, too. And those HP Scientific calculators were far more fun than doing calculus in a workbook.

Again, looking to history tells us that when technology, tools and automation are increased, there tends to be a net benefit to humanity. The spinning jenny didn’t only make clothing cheaper for the public (that’s the cui who bonod) it also boosted employment in the weaving business. The Industrial Revolution then changed jobs, leading to the introduction of many new types of vocations even as it drove out old, often tedious and menial ones.

There are other ‘Bonos’, too, and while none is likely to sing songs, they may well succeed in saving Africa. As Harper explained: “One area where I see AI and automation changing the workforce is helping maintain older workers in the job force, as they will be assisted in performing their tasks.”

With people around the world living longer, thanks in no small part to the continuous wave of technology, that is surely a good thing. “The changing nature of work is probably one of the biggest fears we see today, but it is also one of the biggest opportunities. AI, automation and mechanisation, these things aren’t done in a vacuum, they are done for the people.  The benefits of technological advancement accrue to humanity and they result in us all living longer,” Harper concluded.

Smooth entry and exit needed onto the digitisation highway…