Home Page > Feature Articles > IT employment market: Is it all about the money?

IT employment market: Is it all about the money? 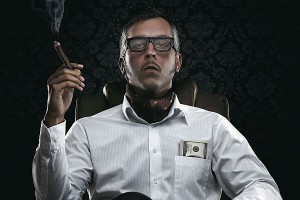 This article was originally featured in iStart technology in business magazine.

For the magazine version of this article click the link below:

As technology has become more embedded in business, the roles within the IT sector have rapidly multiplied and specialised. Hayden McCall took a look at the dynamics at play in the IT market…[View as PDF]

It is clear that IT workers are an optimistic bunch. They reckon the future of the economy is bright, and they are also very optimistic about their own chances of succeeding. Which is probably partly why they think there are fewer jobs around now than a few years ago – they have higher expectations in a more competitive market. Greythorn, a specialist technology recruitment firm based in Australia, has been surveying both IT candidates and employers for several years. Their latest Market Insights report for 2013-14, with 1800 respondents, provides a comprehensive view into the IT worker community.

The survey reports that in the Government sector there are fewer opportunities with 50 percent of respondents saying so. Another factor clearly impacting the market is that outsourcing is costing jobs. Over 25 percent of respondents have lost a role due to outsourcing and 20 percent are worried their role may be outsourced in the future, and that seems to be across all disciplines.

Cloud computing is the skill set in demand, followed closely by mobility solutions, business intelligence and information systems analysts. The perception that IT is a technically-based industry needs to change. Only 56 percent of candidates felt that they need to increase their non- IT skills to advance their career – quite the opposite to the views of hiring managers who advise that those who develop skills like business acumen and negotiation will put themselves at an advantage in this competitive labour market.

The old adage of “it’s who you know” still rings true in the technology market, with 80 percent of respondents believing that having a good network of contacts is fundamental to success in this industry.

Job seeking behaviour:
The fluid workforce is very apparent in IT, with 43 percent of respondents actively looking for work, an increase from 32 percent in 2012. This is a huge proportion and presents both positive attraction opportunities and retention issues.

Top of the list for desired management skills include creating a positive and enjoyable working environment, setting clear expectations, easy to deal with (approachable) and being fair/honest.

Note, however, workers leave jobs because of lack of challenge, which suggests employers need to make a deliberate effort to introduce technical staff to new work on new technology. These are also cited as reasons why contractors choose to go down that path (apart from seeking higher remuneration), with job security and career prospects the main sways back in the other direction.

Career development continues to remain the top driver for permanent technology candidates changing jobs. Candidates are extremely keen to develop their skills and are now even taking matters into their own hands by self-funding their studies.

Bonus & benefits:
Interestingly, training is the most valued benefit to technology candidates. Employers promoting this at the beginning of the recruitment process are more likely to attract top talent.

“New Zealand IT workers, at $A84,000, are earning 18 percent less than their Australian counterparts.”

Thirty-four percent of respondents feel that contract rates will increase in the next 12 months. Unfortunately contractor rates have decreased over the past few years and are generally at their lowest rate since 2008. Being a specialist and having up-to-date technical or project skills attract the highest rates.

The infographic below highlights some specific insights from the report, but if you are interested to explore more then go to www.greythorn.com.au

Salaries:
Empirical figures from jobs advertised on Seek provide a guide to the range of salaries across the IT profession. There is no doubt the profession is well compensated. Australian IT workers are looking at opportunities that average around $A103,000, while their New Zealand counterparts are at $NZ93,500. On a like for like basis, New Zealand IT workers, at $A84,000, are earning 18 percent less than their Australian counterparts. With this differential, and the similarities in culture, language and time zone, it is not surprising that New Zealand is becoming a destination for some of the offshoring activity that Greythorn reports.

That is changing however as New Zealand’s salaries increased three percent over the last year compared with Australia at one percent.

We reached out to Seek to find out which roles are earning the top dollars and who is languishing in the lower digits of the IT industry pay-scale. Interestingly the figures provided suggest that the really big jobs are not actually advertised on Seek, but a glance at the financials of a number of publicly listed companies indicates that a salary package of a million-plus is not out of the realms of possibility.

In the technology industry, do you feel it is often a case of who you know and not what you know? 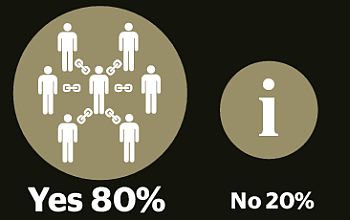 Click to browse the infographic on the IT employment market (pdf).