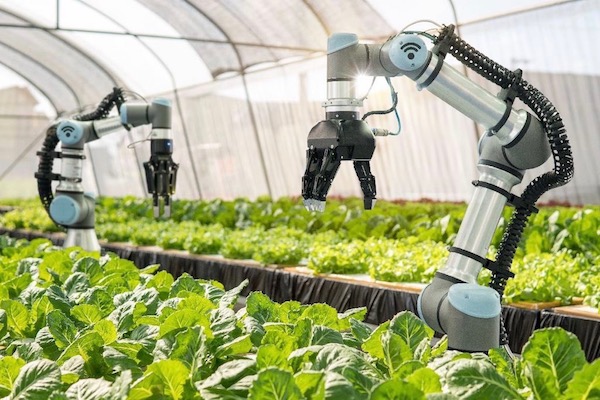 New Zealand’s agritech sector has logged a landmark year in investment and significant profitability increases in the past year, with revenue and exports also on the up as the sector rides a wave of success.

The TIN (Technology Investment Network) Agritech Insights Report shows the top 22 companies in the sector, who are all part of the TIN 200 top 200 New Zealand tech exporting companies, pulled in $1.6 billion in revenue – 11.4 percent of overall TIN200 revenue.

“Behind these numbers is the growing experience of cooperation and smart ecosystem behaviours.”

That’s up from $1.4 billion last year. Just over 50 percent of this year’s revenue, however, did come from just three companies – Gallagher Group, Livestock Improvement Corporation (LIC) and Tomra Fresh Foods – which logged an impressive 25.4 percent year on year growth. Also in the $100 million-plus category are NDA Group. Argenta and Datamars.

And while 2021 was a tough year for many, among the agritech firms plenty were celebrating substantial revenue increases: Levno was up 104.7 percent to $6.1 million, and Bluelab grew 91.1 percent to $38.9 million.

But the report notes too an ‘exceptional’ pipeline of companies spanning the breadth of agritech categories, including animal and crop health, growing and harvesting, post-harvest, environment management and data solutions, with 110 agritech ‘pipeline companies’. Those companies, which are pre-revenue to $3.5 million companies, include Dronescape, Farmote Systems, Agritrack, RiverWatch, WayBeyond and Zeddy.

The Government’s Agritech Industry Transformation Plan is focused on growing the sector into a stronger and increasing exports.

Export growth was up 6.4 percent to $814.9 million, or 51.1 percent of total revenue. North America – New Zealand’s biggest market accounting for 19.6 percent of revenue – was up 6.6 percent to $312.2 million. Europe meanwhile logged 14.7 percent growth from its lower base, for revenue of $135.9 million and accounted for 8.5 percent of agritech revenue.

The biggest percentage growth came from Latin America at 60.9 percent, however, that’s off a tiny base – the market accounts for just 1.1 percent of revenue, at $18.1 million.

“The growing success of agritech companies in Europe and Latin America indicates there are markets outside of the traditional trade routes which have yet to be fully penetrated.”

Meanwhile, it was a ‘landmark’ year for agritech investment, which totalled $15.4 million across 11 deals.

Half of the TIN200 agritech companies are privately owned, with LIC the only public company in the lineup and four being foreign-owned.

Following the trend seen in other sectors, agritech recorded a strong spike in investment as the global economy started to recover from Covid, and the report says the investment landscape will continue to benefit from the Agritech ITP which received a further $5 million in the 2022 Budget.

Among those garnering investment last year was CertusBio, which produces monitoring solutions for food processing and raised $4.6 million. It has recently completed a trial with Fonterra and is embarking on a trial with South Dakota-based Valley Queen Cheese Plant. It’s also on the hunt for a US-based executive to manage its North American expansion.

Hectre, which provides orchard management software scored $3.5 million in investment, with funding coming from one of the largest producers of apples, cherries and fruits in the US, Borton Fruit, alongside other investors.

Scanning and mapping technologies company Fruitometry continued the trend, receiving $2.6 million from New Zealand kiwifruit producer Seeka, while Croptide, which is focused on maximising water efficiency for growers, raised $1 million in a pre-seed funding round lead by Icehouse Ventures and supported by K1W1 and Masfen Group.

The funding boom has continued into 2022, with Protag raising $1 million and Cropsy gaining $1.5 million in an over-subscribed raise.

Brendan O’Connell, CEO of AgriTechNZ, says this year’s report is another market in the growth of the sector and, importantly, the growing levels of collaboration that will enable still higher growth rates in coming years.

“Behind these numbers in the TIN Agritech Insights Report is company growth, but also the growing experience of cooperation and smart ecosystem behaviours,” he says.

He says the agritech companies are breaking free of the old mindset of ‘doing it for ourselves’ and becoming more collaborative and open to partnerships.

“In the last few years we’ve seen Gallagher invest in start-ups like eShepherd (AU) and Farmote, the investors behind Trimax invest in Machines at Work and Bluelab acquiring Autogrow.

“Robotics Plus has also partnered with both Waikato University and PlantTech Research. These businesses are tapping into an ecosystem of skills, technology and resources. In doing so they not only enable new products, services and value, they energise the wider ecosystem.”

International ecosystem connections are also being forged – despite the closed borders of the last two years – with online summits, workshops and targeted programmes.

“The value of these connections will flourish as we meet these partners ‘in real life’ and build on the relationships. We’ve already seen global ecosystem connections with Israeli owned CropX re-investing in New Zealand and incorporating the local teams with their global operations; and Nelson AI firm SnapIT acquiring Canadian fisheries monitoring business Teem Fish,” O’Connell says.

CRIs are also engaging in new approaches to commercialisation through the likes of the Sprout Agritech accelerator programs.

It’s not all roses, however. The report notes a common theme for many agritech companies has been the domestic labour shortage, exacerbated by an international labour shortage and border lockdowns.

“As a result, companies are being forced to look at automation and data integration to improve productivity and drive growth,” the report notes.

“This has created opportunities for a range of technologies such as cow wearables, crop health and harvesting.”

The disruption to regular supply chain is also in focus for agritech CEOs and requiring their companies to re-evaluate and streamline their approach to search for more efficient and cost effective alternatives.